out came the sun

Posted on September 5, 2013 by paridevita

Hello everyone. Once again it is I, Chess the purebred border collie, here to entertain and inform. You may remember me from such posts as “Watering–The Movie” (which starred me) and “This And That”, among others.

It’s been really, really dark and humid here (for us), and two evenings ago it poured rain for almost twenty minutes. It rained almost an inch (2.5 centimeters….see what I know?), and everything looked happy after that, except for me, because it had to thunder for two hours, too.

The sun came out today and the guy I live with didn’t know what to do. He took a nap, which he says is the refuge of the idle.

Tonight it started to rain again, and I started to worry that it might thunder. My ears are way back. 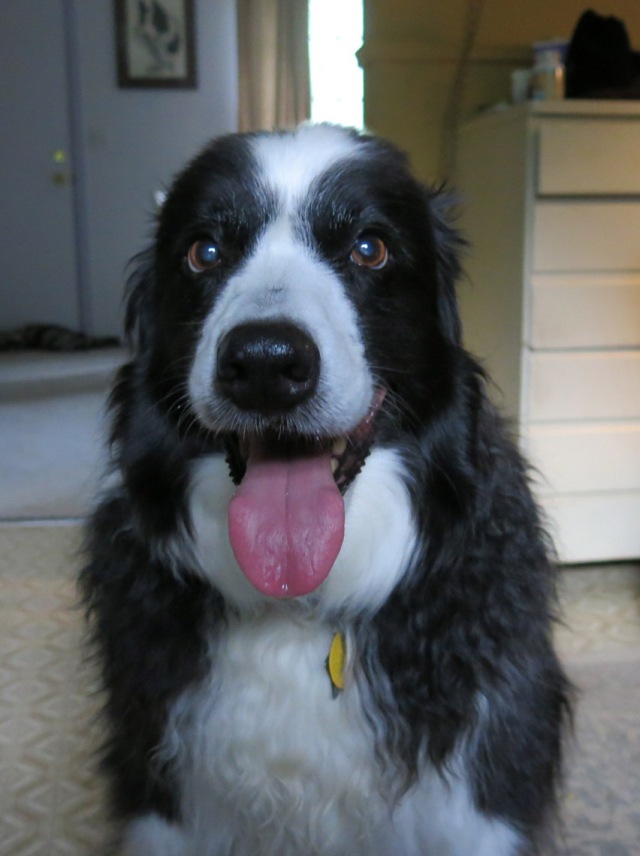 And then it did thunder. 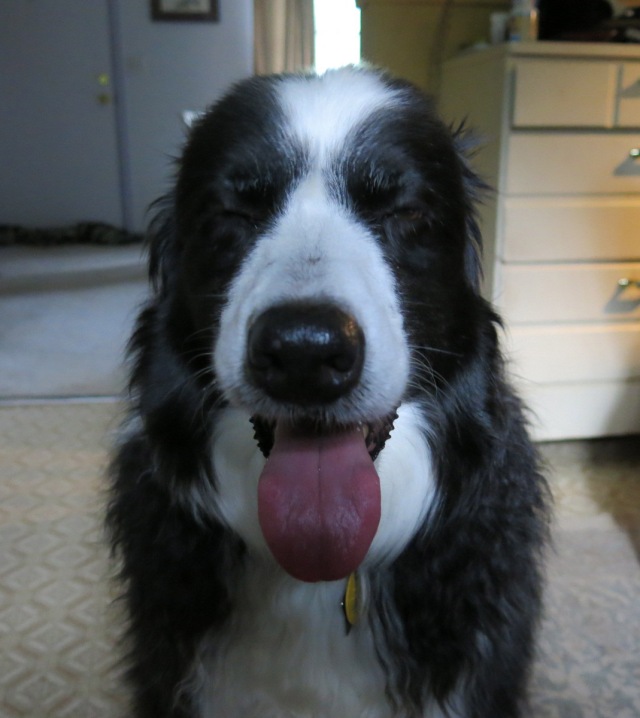 It rained a little too.

Well, that’s our weather. The guy I live with got this idea that he needed some hens and chicks, and at first I was afraid that I was going to have to do some herding, but it turned out that he meant plants in the genus Sempervivum. Whew, huh. He went to Timberline Gardens to see if they had any. 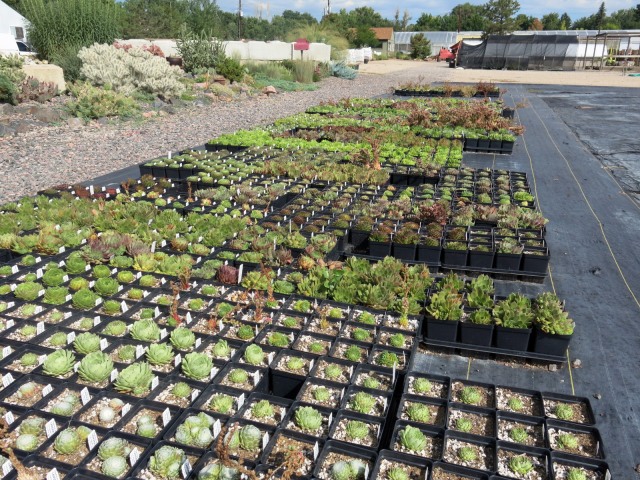 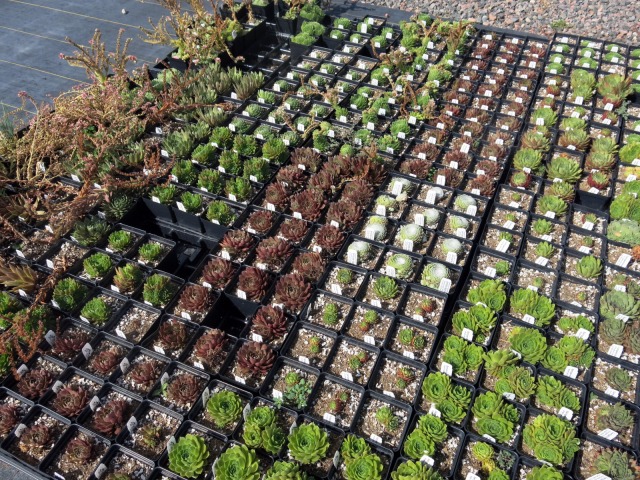 I guess they did. He said he might become a fanatic about them. I thought he was already a fanatic. It’s true that both squirrels and rabbits find them highly edible, which the guy I live with thinks is highly annoying, but what can you do. And, if you want to know the truth, what he’s really a fanatic about is grasses. That’s right, grasses. Of all things, right?

The orioles have left, and we only see one or two hummingbirds now. On the other hand, the crickets have been really noisy, and this has been a good year for katydids. They make the guy I live with really sad, because he and my mommy would go for walks in the evening at this time of year and try to find katydids singing in the trees. Not singing, actually, but clicking. He’d hunt for them with a flashlight, but since katydids here are green, they’re really hard to find. A few have flown into the kitchen at night, and he caught them and put them back outside.

One year my mommy caught one and put it in, well, for want of a better term, a katydid jar, because she said they don’t live very long after cold weather sets in, and the katydid sat in its jar on the kitchen table, singing its heart out at night, and then one day it died.

The guy I live with, who is tired of metaphors, made what he calls a Bug Movie, though it’s really just crickets and katydids. It could have just been an audio file, but no, he had to make a movie of it. (The clicking is from the katydids.)

So ….. well, here’s an excuse to keep talking. The guy I live with went out to take some pictures of flowers, none of which, he said, came out the way he wanted them to, so he got the other lens, and none of those came out the way he wanted them to, and so he got the Power Shot, and went out into the back, and this is what he saw. Same as before, but he never gets tired of seeing the owl. It’s been sitting on a pole almost every evening; the same owl, with the funny right eye. 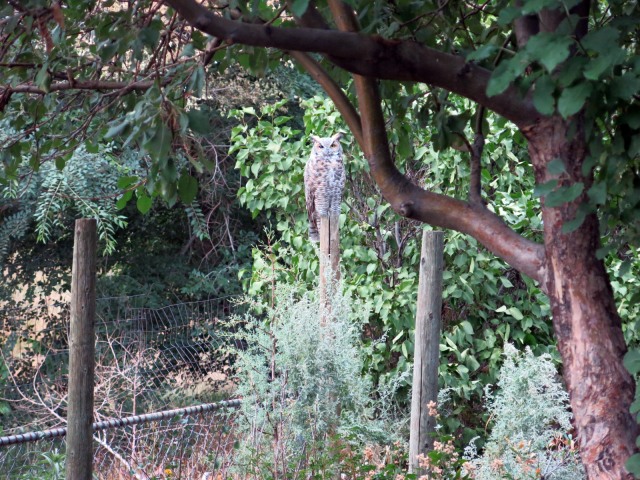 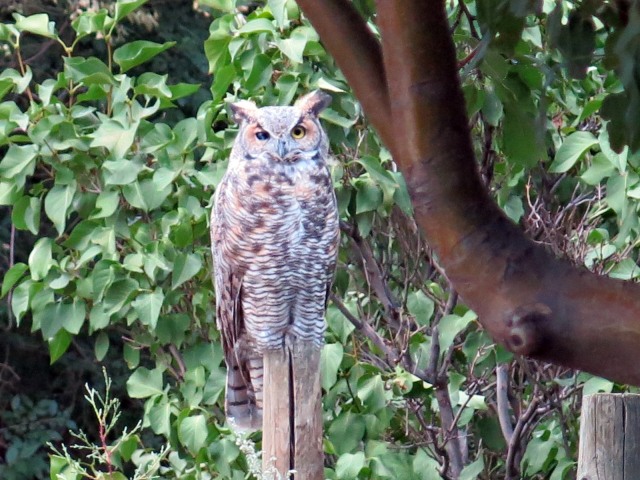 Pretty impressive, huh? Without going into too much detail, we know the owl is a very successful hunter, even with the funny eye.

idle
View all posts by paridevita →
This entry was posted in Uncategorized and tagged great horned owl, sempervivum, Timberline Gardens. Bookmark the permalink.

18 Responses to out came the sun