Hello everyone; yes, once again it is I, Chess the purebred border collie, filling in for the guy I live with. You may remember me from such posts as “The Abandoned House” and “A Close Call”, among many other delights.

Today was a really excellent day, very cool and perfectly suited to a border collie’s constitution. Here I am being quite photogenic on this excellent day. The guy I live with says you can see really far down my nose in this picture. It’s an excellent nose, if you didn’t know.

The first thing that happened today ….really almost the first, because I didn’t feel like getting up until slightly after 10 a.m. (there wasn’t much of anything to do today, so why not lie on my soft Pottery Barn sheets with the fan blowing cool air on my nose), but when we did finally get up, and went on our walk, the guy I live with said that the poop I looked at along the canal road was bear poop, and so we looked around really quickly, but didn’t see any bears coming after us going “Tumty tumty tum”, which is what the guy I live with says they say. I bet that’s not really true.

Then, when we got back, he got his new coffee maker delivered, and spent a couple of hours reading the instructions. He said the should have gotten that doctorate in quantum mechanics he’s always been talking about, before trying to make coffee. He finally figured it out, though.

Then, the guy I live with got a box of bulbs from Lithuania. 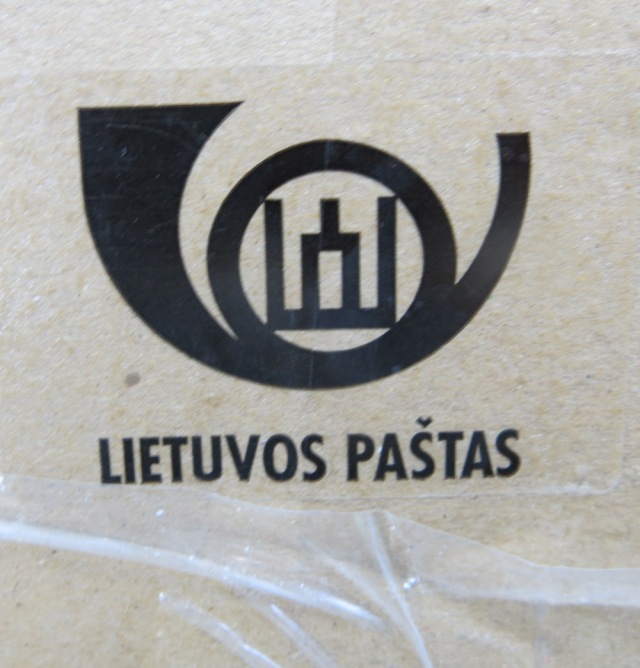 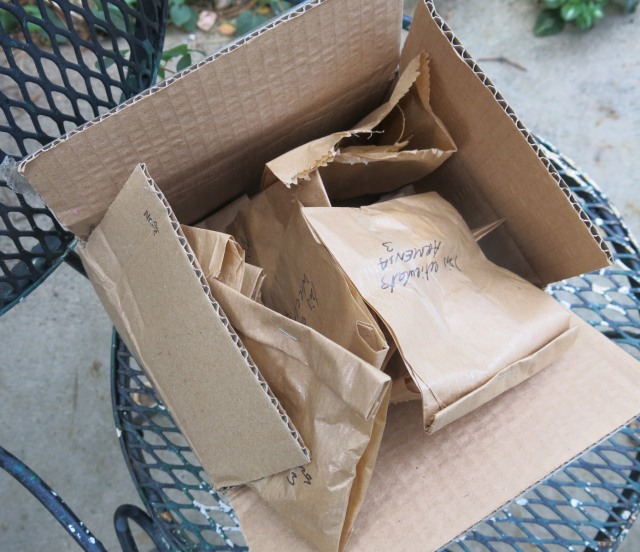 He was very excited. These are all irises from Lithuanian Rare Bulb Garden and he started planting right away. Well, after he figured out the formula for making coffee in the new coffee maker, that is.

You can see that all the rain we’ve had has made the “oncos” very happy indeed. This is Iris iberica elegantissima or something like that, with flowers of Senecio longilobus crashing the party. 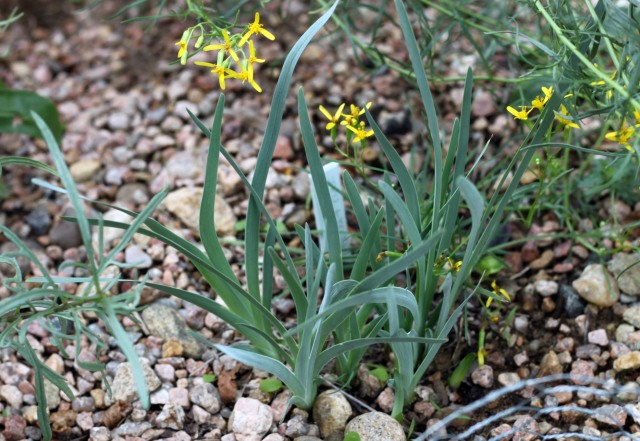 It made him kind of sad, too. He said he’d rather go shopping with my mommy and buy her stuff, but he can’t do that any more. There was this jewelry store on Pearl Street in Denver that they used to walk by all the time, and she would look in the windows and sigh, and one day she actually walked in, and the guy I live with told the owner not to let her leave until she bought something for herself. Well, so now he buys bulbs for himself.

Anyway, that was our day. You may wonder why I titled this post “naming names”, and now I’ll show you, instead of just being mysterious. The guy I live with took a picture of Salvia reptans, which didn’t come out (because he didn’t really take a picture of it at all, just a shot of the area which it was sort of in) and was going to wonder why they call this “West Texas form” when it only grows in West Texas. Why not just call it “the actual plant”?

Here is what people call Salvia lemmonii. Or, so says the guy I live with, Salvia microphylla subsp. wislizenii. The accepted name of this plant is actually Salvia microphylla, no subspecies (according to Flora Mesoamericana).

So, the guy I live with wonders, why is this one hardy and other samples of Salvia microphylla aren’t? He’s “trialling” (that is, waiting until they die) a bunch of others this year.

The other thing that bothers him is the spelling wislizenii. A literate Latinizing of the name Wislizenus (ignoring the W of course) is wislizeni, as in Penstemon wislizeni. I’ll bet there isn’t a single other person on the planet who thinks about things like this. I certainly don’t.

The guy I live with wonders why people think this one is hardy and all the rest aren’t. “Well”, he can just hear them trying to explain, “it was especially selected for hardiness in Texas”, which of course is a really big deal if you live in a place in Texas where they think it gets cold.

All the other color forms of Salvia greggii have made it through several winters here, except of course for the ones that died.

I’m sorry this has been so boring. You could tell that by all the italics. The guy I live with said if I wrote all this, then I could show more pictures of me. I guess that’s a fair trade. Who wouldn’t want to see more pictures of me? I know I do.

So I’ll say goodbye then, and hope you enjoyed at least some parts of this. 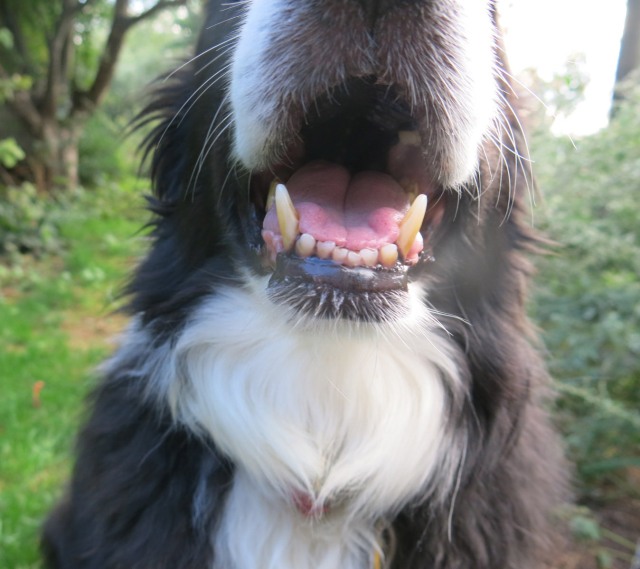