Greetings and salutations everyone; yes, really and truly, it is I, Chess the purebred border collie, here once again to delight and amaze you. You may remember me from such posts as “The Grape Bush” and “This And That”, among so many other genuinely remarkable posts.

Before I show a whole bunch of pictures of me, which in itself raises the quality of this otherwise kind of boring post to super-excellence, I should mention that we did almost nothing today, except go on our walks, take a long nap, and the guy I live with raked up honey locust pods. If I could operate the camera I could show pictures of him raking up pods, but that probably wouldn’t be very interesting.

What the guy I live with is obsessed about now is his new rock garden. This is how it looks through the not-incredibly-clean kitchen window, early in the morning. 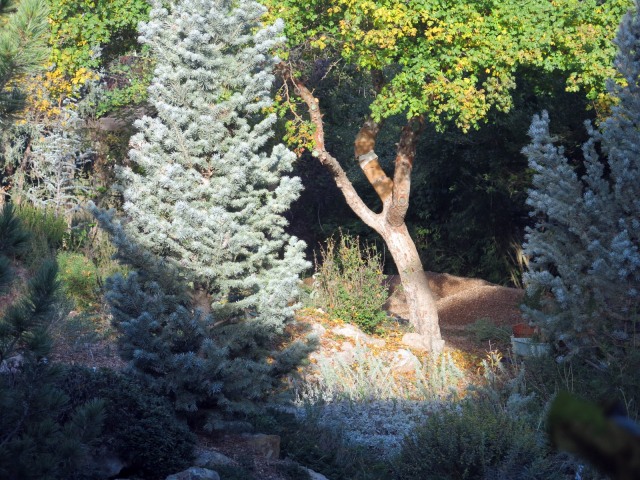 You can see that the guy I live with hasn’t removed the wrapping he did on the Russian hawthorn. He’s so excited by this pile of gravel it’s almost all he talks about. He raves on about having drifts of Iris zaprgajewii and Crocus cvijicii, and possibly also Niedzwedzkia semiretschenskia. It doesn’t sound very promising.

So, along with that, he’s been dwelling on “the new English garden”. Planting kept to a minimum. A garden designed “to be read”. I can’t see that planting stuff like that mentioned above would necessarily make the garden readable. Sometimes when visitors came over and the guy I live with was at work, my mommy would call him and ask him what some plant was, and I could hear her saying things like “Can you spell that?” or “You’re just making that up”and stuff like that. I won’t be doing things like that.

Anyway, he was out there today making these artistic noises, so I came out to see what was going on. It isn’t very often that I hear artistic noises out in the garden, you know. The path I’m walking on was called “Pooka’s Shortcut”, because my uncle Pooka decided to make a shortcut through the garden rather than wasting valuable time running around the garden in order to see what was going on out in the back. Makes sense to me. My mommy added the boards, and made the guy I live with do all the sawing. 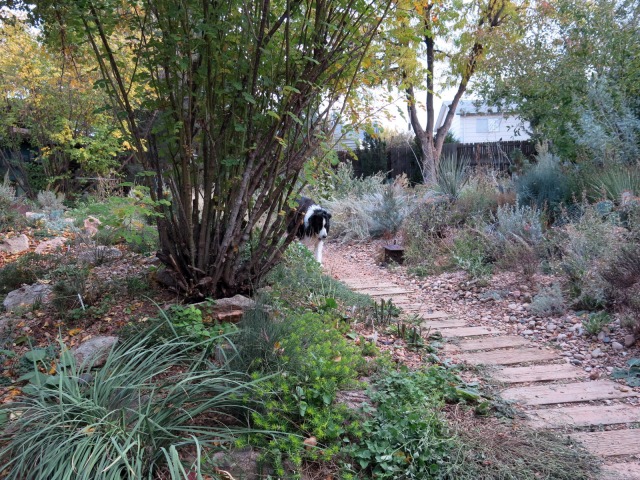 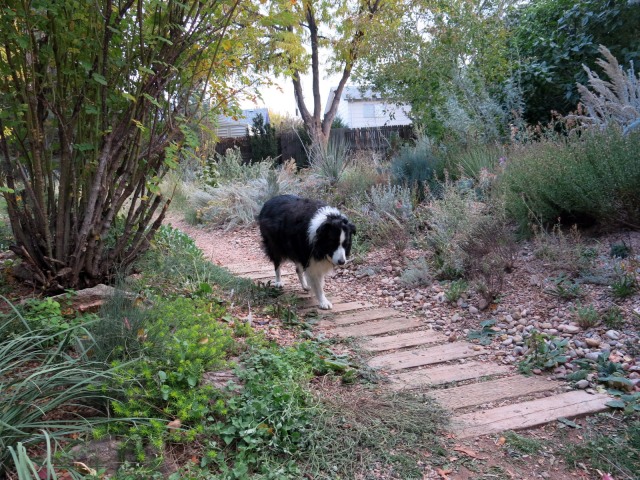 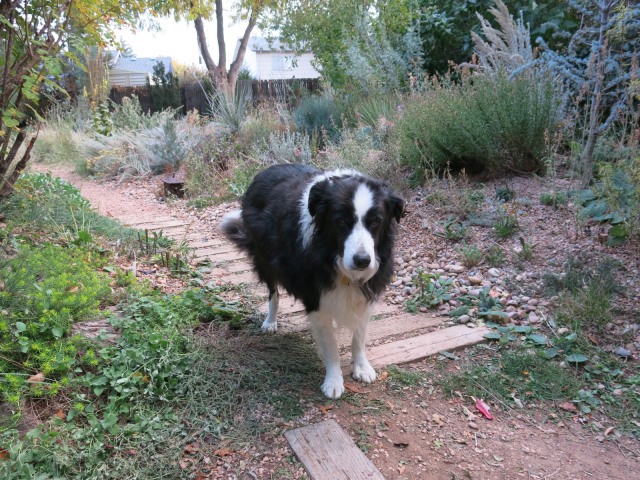 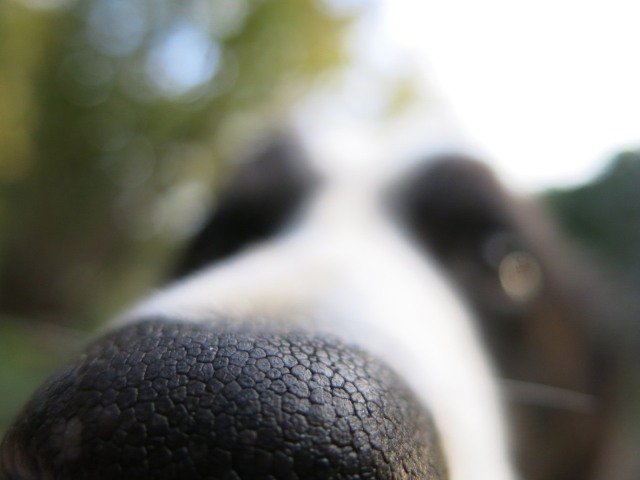 This is what was causing all the artistic noises. 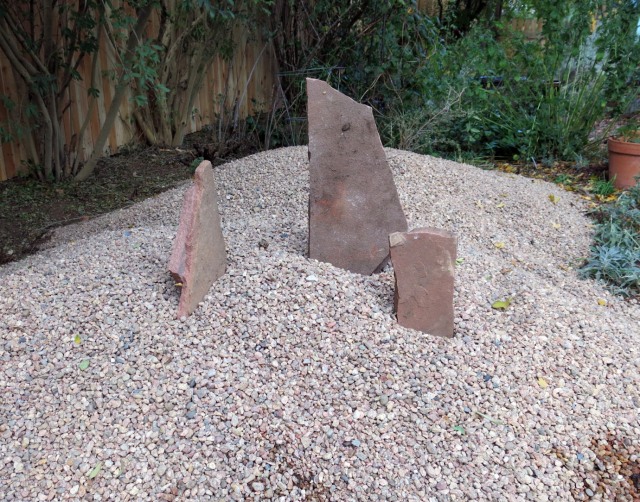 “It looks better from the other direction’, he said.

My first impression was that he should stick to gardens with plants. Like, when he tells people he’s a gardener, and they automatically assume he means vegetables (or “edibles”, for crying out loud), when there aren’t any at all here, and he thinks it’s weird that people automatically assume things, but now, looking at this, and reflecting on current trends in gardening without plants, he says he might have to start telling people that his garden has plants in it.

Then he went into the side yard, the shade garden, to take a picture of a new form of Cyclamen hederifolium, “Arrow Leaf Silver”, or something like that. Yes, that’s really a cyclamen leaf. Only the guy I live with would take a picture of one leaf. (I know, there are two there, and some in the upper left, out of focus.)

Then, after taking this magnificent picture, he took a picture of the new rock garden as seen from the garden gate.

You can sort of see his artwork there in the distance. Distance it what it needs, don’t you agree?

Well, I guess that’s it. I hope you enjoyed the pictures of me, at least.