more of nothing much

Greetings and salutations everyone; yes, once again it is I, Chess the purebred border collie, here to tell you all about my day in the garden, or, in this case, my day doing nothing. You may remember me from such dazzling posts as “Windy And Melting” and “Show And Tell”, among so many, many others. 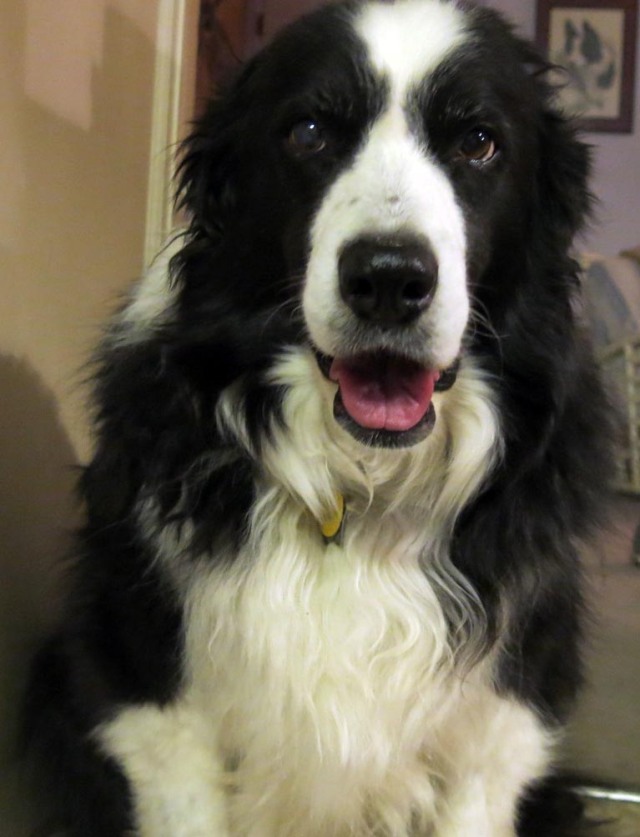 Posing for my picture was about all I did today, besides my walks. There’s snow on the ground, it was a little chilly, and the guy I live with had to go out for a while this afternoon, so we didn’t really do anything gardening-wise. It’s hard to believe that back in the last century, at least according to the guy I live with since I wasn’t born yet, that Adonis amurensis could be starting to bloom right about now. Here are some pictures of it from days long past. These are similar to ones he posted before, but not quite the same. 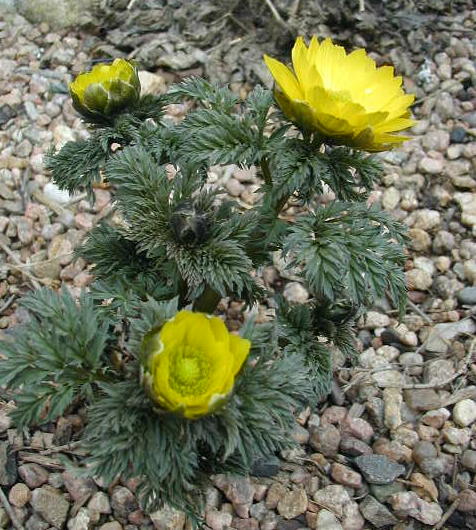 I have to admit that I didn’t have much of anything to say today, but I’m getting very close to the 500th post, and the guy I live with found some more of my mommy’s pictures, so we decided to post these instead of saying anything really interesting. After all, the guy I live with can talk at length without saying a single interesting thing, so I have a very good role model. 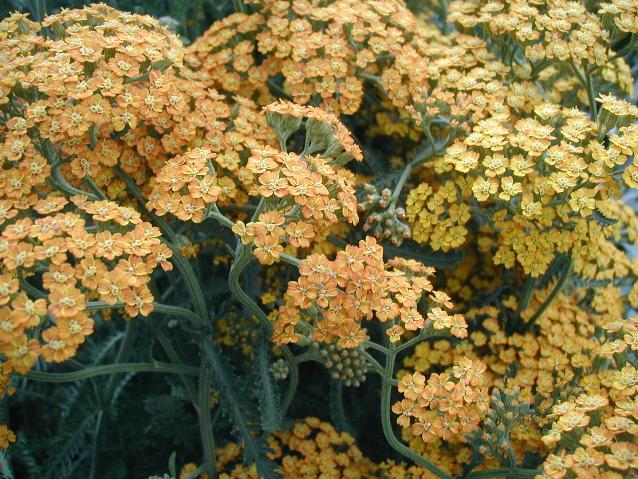 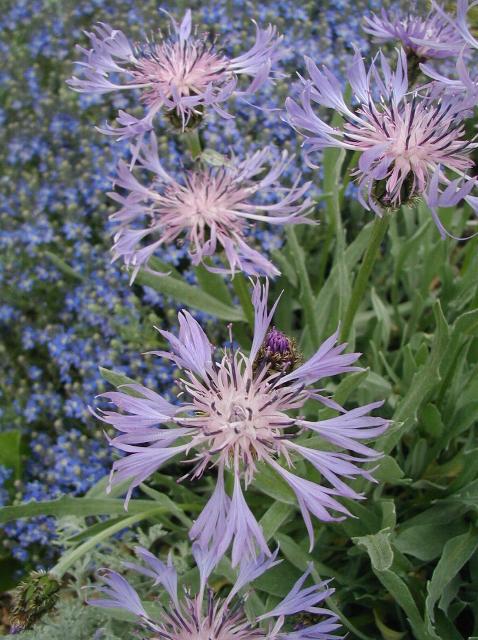 Some poppies. More ‘Marschall von der Goltz’, and a red one that my mommy didn’t like but took pictures of anyway (with “gardener’s garters”…the grass, I mean), and then ‘Victoria Dreyfus’. I think the poppies are gone now. 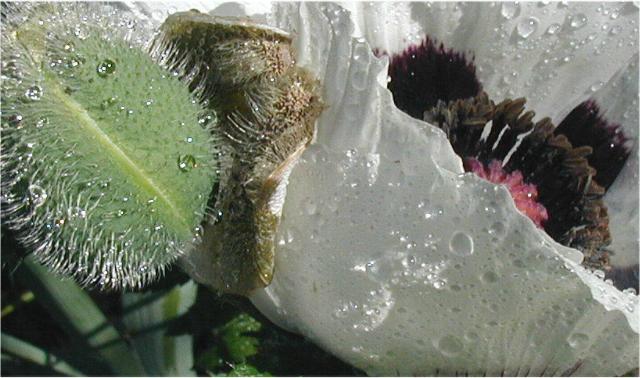 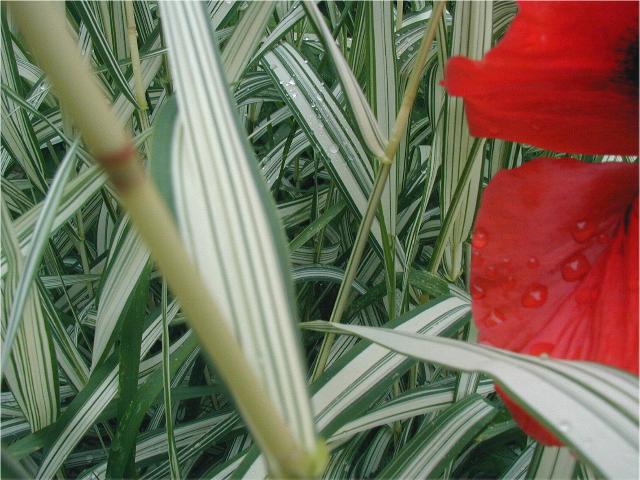 And then, the peony ‘Prairie Moon’. This might still be here; I’d have to ask the guy I live with, who gave away a lot of peonies and other plants during The Great Upheaval, which he says is still going on. Anyway, this is a very pale yellow single peony. It looks white, but it isn’t. 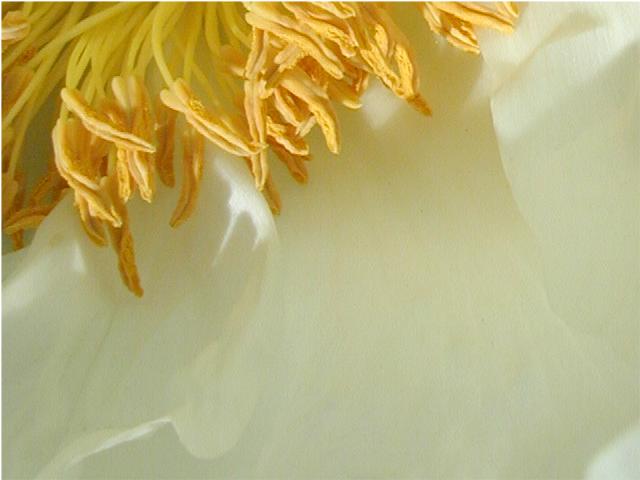 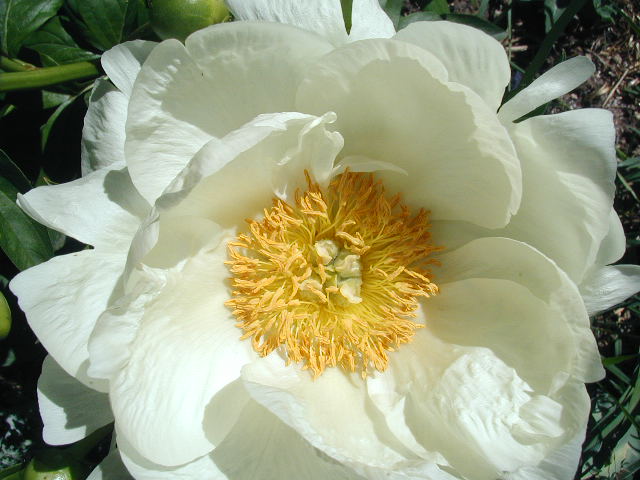 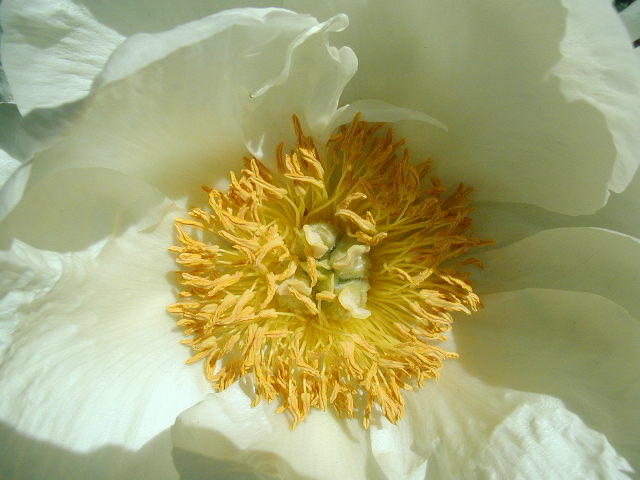 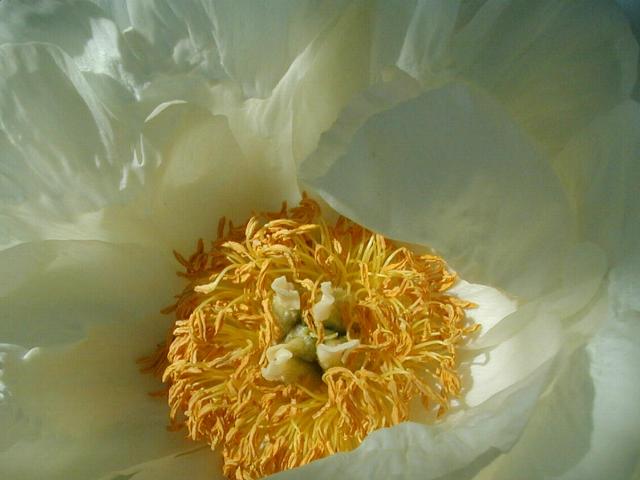 From what I understand, peonies no longer fit into the guy I live with’s “new vision of the garden”; there were peonies planted where the new, “exciting” sand pile is now. He has visions of sand piles instead of peonies. I think I know what my mommy would have said about this, but we won’t go into that right now. The guy I live with did point out that the peony has not bloomed as well as people say peonies do, and he doesn’t have very much patience with that sort of thing.

Whatever. Tomorrow he says there’s going to be more seed sowing, of the furious kind, of course, since there’s still a lot of seed to be sown, and seed, as he continually points out to me, means more plants, and more plants, I guess, means happiness, of a sort. And besides, spring is almost around the corner.

“And then it will really start to snow” says the guy I live with, ever the optimist. But it’s true.

I’ll leave you with this picture of me and my buddy Slipper, heading down the path together. I’m not really sure which one was me in this picture. One was me, that’s for sure.

idle
View all posts by paridevita →
This entry was posted in Uncategorized and tagged Adonis amurensis, Peony Prairie Moon. Bookmark the permalink.

18 Responses to more of nothing much