of seeds and soil

Greetings and salutations everyone; once again it is I, Chess the purebred border collie, here to tell you all about the latest news from our garden. You may remember me from such entertaining and informative posts as “Halloween” and “The Seed Whisperer”, among so many, many others.

Here I am in a characteristic pose. Slightly apprehensive, because the other evening the guy I live with took my picture and the flash went off. He said that was the other camera, but I think it’s best to be cautious. This is me being cautious. 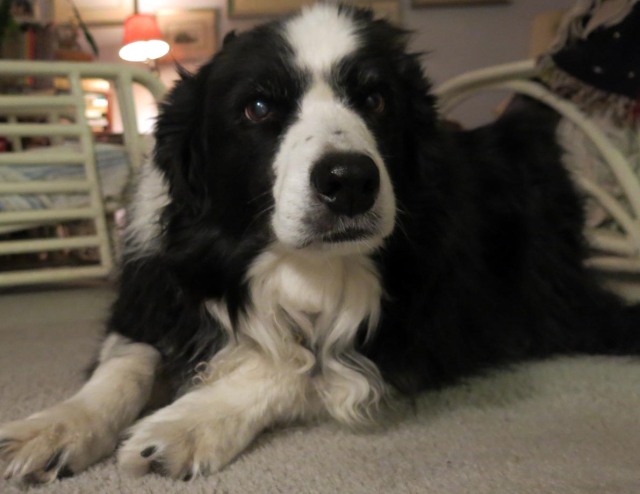 I mentioned my superior and delightful post “The Seed Whisperer” for a reason; today’s post is going to be another didactic one, but don’t worry, we have a surprise at the end. Might make up for all the didacticity.

The first thing that happened today really started yesterday evening, when the guy I live with noticed that the stratified seeds of Calochortus gunnisonii were germinating.

At first he thought he would take them out with tweezers, and he crushed the one you see there, so what he did instead was fill up the freezer bag with water and pour the seeds out onto pots of soil-less mix which then went back into the “stratification box”, here.

Then they went back into the vegetable drawer in the refrigerator. There aren’t any actual vegetables in there. The seeds will stay in there for just a day or two longer, maybe, then will be brought out to grow like normal plants.

Even though you can see that the guy I live with is being all scientific and precise and stuff, I can still offer pretty convincing evidence that he really is kind of a nut. I keep saying that, I know. But look at this. 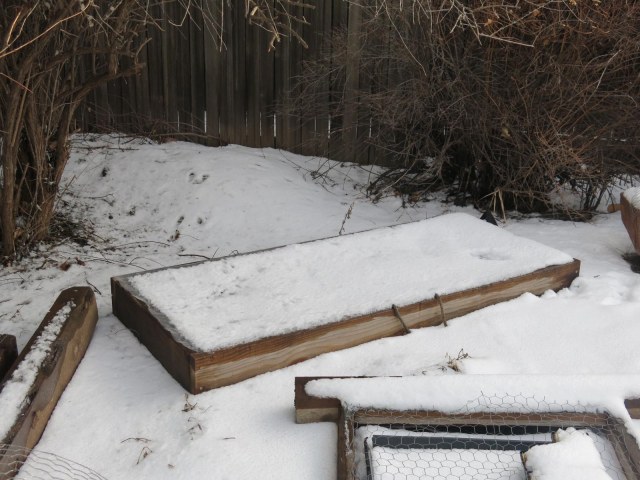 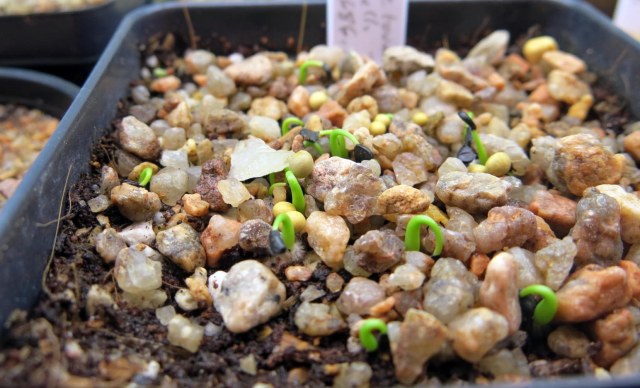 I ask you, is this proof, or what? Wait, look at our kitchen table. (That’s the bitterroot book he talked about a while back; he got another copy.)

and what do you think these are?

Well, have I made my case? Kind of a nut, for sure. 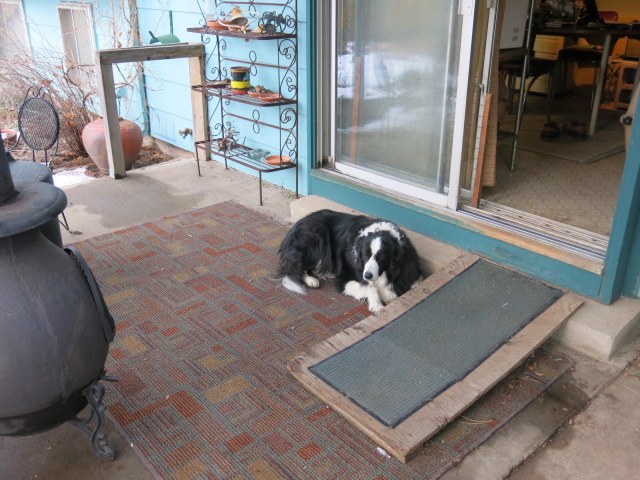 In other news, the guy I live with has been obsessing about soil, and something called “inverse texture effect”. Basically, he says, drought-tolerant plants inhabit soils which are highly aerated, because more water is usable to plants in sandy soils than in clay soils. Clay retains more water, but less is available to the plants because it’s bound to the clay kind of like glue. So a little bit of rain goes a longer way in sand than in clay.

In our neighborhood, many of the lots were backfilled with what the guy I live with calls “clay gunk”, trucked in from some infernal region, and today he walked over to a neighbor’s house to look at the subsoil, since the front yard was being dug up to find a root-clogged sewer line. He brought back some of the subsoil. He said he wished the whole yard had been this, instead of the icky clay. True, he can dig down to the “good stuff”, but he said it takes work, and so, well never mind.

Of course this sample required analysis. So he enlisted the help of The Professor to explain this type of soil. Some of you may remember The Professor from earlier posts. He wanted to entitle this “a dirty movie” but I overruled him.

That pretty much wraps things up for today. I had two good walks, learned an awful lot, got some tiny pieces of mortadella (it was good), and we had a nice nap in the afternoon. I guess I’ll go now.

idle
View all posts by paridevita →
This entry was posted in Uncategorized and tagged Calcochortus gunnisonii, inverse texture effect. Bookmark the permalink.

12 Responses to of seeds and soil