a moment of fear

Hello everyone; once again it is I, Chess the purebred border collie, here to thrill you and amaze you with the latest news from our garden. You may remember me from such thrilling and amazing posts as “Invasion Of The Pods” and “The Happy Elephant”, among so many, many others.

Here I am in a characteristic pose. I just felt like looking serious; you know, sometimes the way you do.

I’m doing fine, thanks, and I get to stay on the Rimadyl, which means that the guy I live with is going to have a hard time keeping up with me on my walks, though I do need to lose a whole bunch of weight. Someone else does too.

Well, I should probably explain the title of today’s post. The guy I live with had to go out and get pills, for both of us, but at different places of course, and then he came back, and said today was going to be devoted to gardening. Most days are, but our modern lifestyle was slightly disrupted with me having to go get blood drawn, and I figured that his declaration that this was going to be a day for gardening meant that we’d be doing hardly anything at all, which is what we both like.

The guy I live with was doing something in the front yard, I forget what, when the mailman pulled up, and stopped at the driveway, and gave him a box, the sight of which alarmed him to no end. 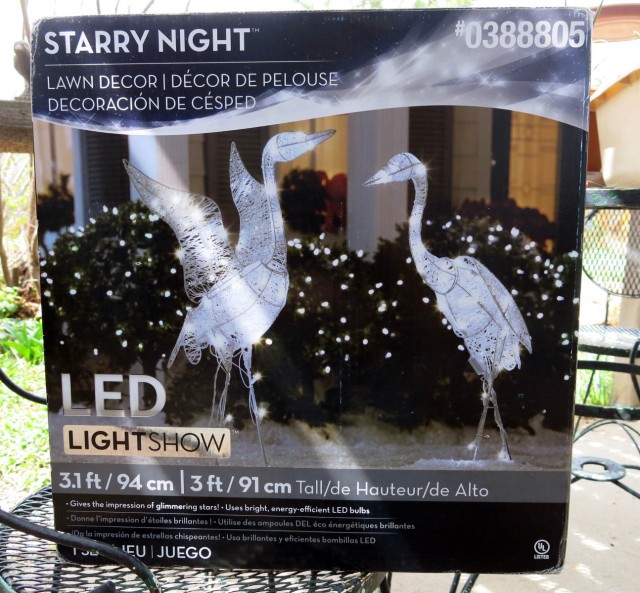 What if someone had sent this to him, to decorate the front yard? Would he have to send a thank-you note, with a picture of the thing all set up, telling the person who sent it how much he enjoyed it and what uses he was putting it to, like when he was a little kid? (“Thank you for the Erector Set. I am building an exact replica of the Brooklyn Bridge, but, of course, much smaller.”)

It turned out to be a box with cactus in it. The guy I live with was greatly relieved. “Whew”, he said.

So that was the big thing that happened today.

I’m supposed to show some “obligatory plant pictures”, just so that people know this is a blog about gardening, and not about getting funny things in the mail. Okay, here we go.

This funny-looking thing is the foliage of Allium pskemense. I think I spelled that right.

Bellevalia forniculata again. Now called Pseudomuscari forniculatum. The guy I live with grew this from Archibald seed many years ago, and it’s still here. 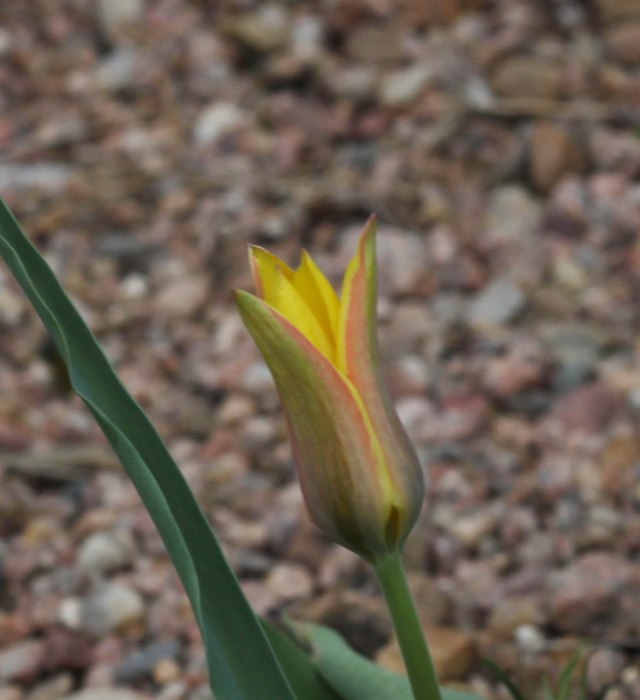 See, that wasn’t so bad. The guy I live with gets to show off the bulbs and stuff, and I get to show the funny box that came in the mail, plus a couple of pictures of me looking serious.

Oh, and it’s raining. Not just sprinkling, but raining. It’s been raining now for about three hours, and there was thunder earlier, which the guy I live with said I didn’t even notice, so I must be getting more evolved, or something. He also says there’s a night crawler moving along the patio at top speed. I don’t much care for night crawlers; even their name is spooky. The guy I live with says there are no earthworms native to Colorado and so they must have crawled their way, at night of course, all the way here from wherever. I’ll have to watch out for them at Tinkle Time, which is one reason when we go out, right before bed, that the guy I live with carries a flashlight.

Now I have a slight case of the creeps, and so I better let you go.

12 Responses to a moment of fear