Greetings and salutations, everyone; yes, once again it is I, Chess the purebred border collie, here to bring you the latest, most up-to-date, and most with-it news from our garden; in other words, all the news that’s fit to bring you. You may remember me from such with-it posts as “The Mouse Movies” and “An Icky Day”, among so many, many others.

Here I am in a characteristically sad pose, after learning that I don’t get anything at all to eat until about ten o’clock tomorrow morning. 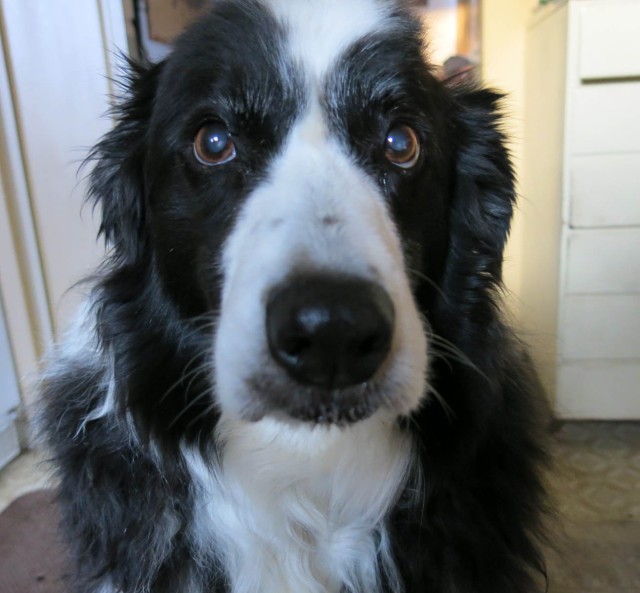 This can’t be right, can it? I might not make it that long without food…. 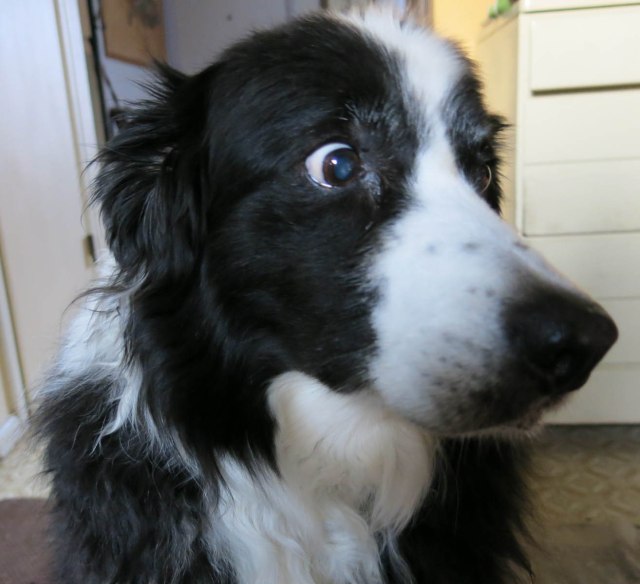 The guy I live with explained to me that I just have to have some blood drawn to make sure the Rimadyl is working okay inside me, but why, oh why, does this have to be about food instead of something else? If the guy I live with said, let’s say, that I couldn’t listen to any Wagner played at top volume for the next day or so I’d be okay with that, but food? I like food a lot.

The guy I live with just said “That’s obvious”, which is think is pretty rude. He did point out to me that he shared some really runny and smelly cheese with me earlier today, and it was really good, and he also said this will all be over before I know it, so why can’t it just be over now?

I know he really cares about me, what with me being my mommy’s little angel and all, but still. I’m used to waking up, getting out of bed, going downstairs, having the back door opened for me, and having my breakfast made for me, in just that order. I don’t like changes.

The guy I live with telling me that everything changes hardly helps at all.

One thing that did change here was the color of the stone, now stones, or rocks if you insist, under the pinyon. There are supposed to be more, but for now there aren’t.

Oh, and by the way, if you really want to be thought of as with-it, as they used to say in the Sixties, long before I was born of course, you call it “stone”, and not “rock”. Though, these are rocks, so I don’t really get it. What the guy I live with thinks of is that memorable phrase in George Schenk’s Moss Gardening (one of his all-time, top five favorite gardening books), about rocks I mean, is “pieces of the planet”. Here are two pieces of the planet. The right color, this time. 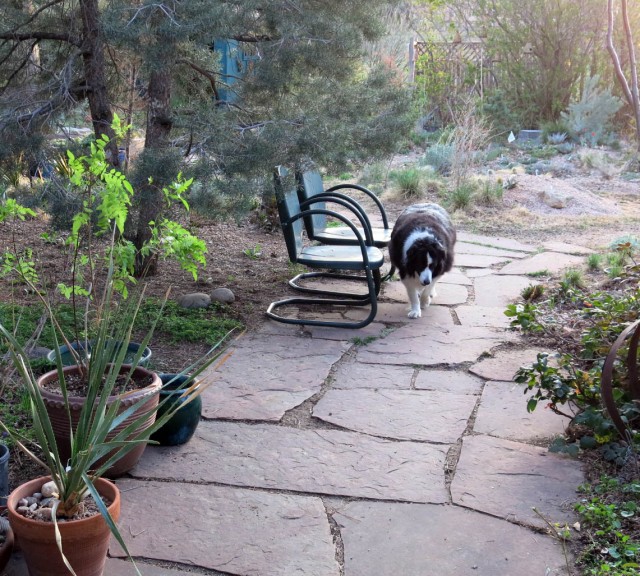 Another “this really is a plant” type thing. 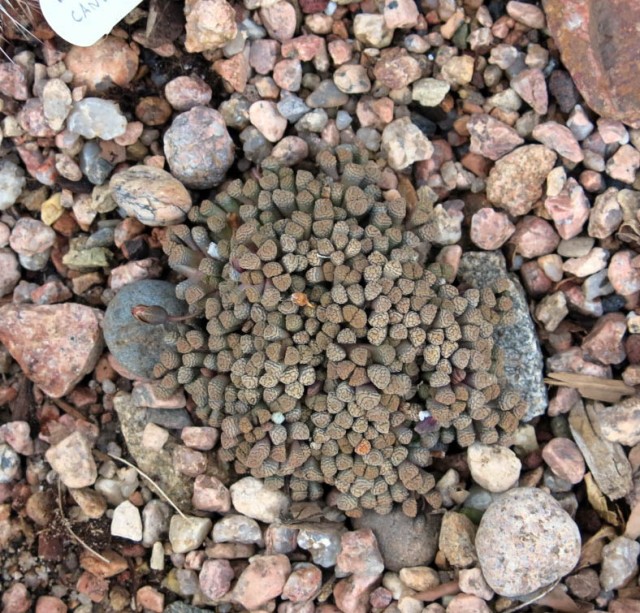 And Stomatium mustellinum opening its flowers. This was taken about 8:00 p.m. tonight. He had to lean over the trick-or-treater fence, visible at the bottom, to take this picture. 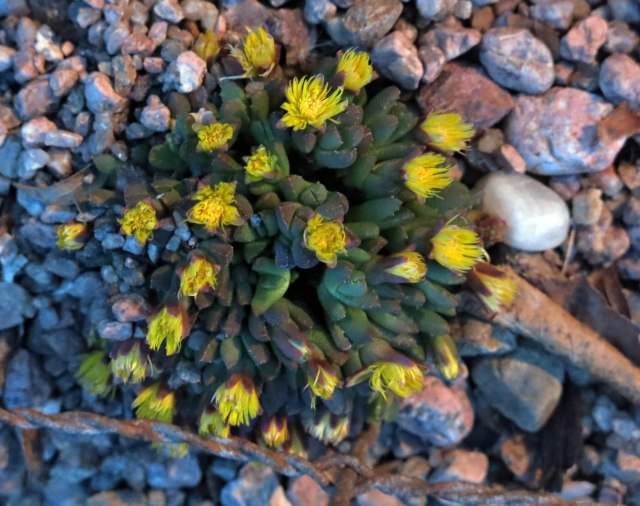 The guy I live with says that the flowers of most stomatiums are scented, like of pineapple or banana. I don’t care for pineapple so much, but I used to like bananas. I don’t know why I don’t any more, though a banana sounds pretty good right now, since I haven’t eaten anything for three minutes. My grandpa Flurry really liked bananas.

Well, if you don’t hear from me in the next couple of days, it’s because I’ve withered away to nothing. The guy I live with says that won’t happen, but I just don’t know…. 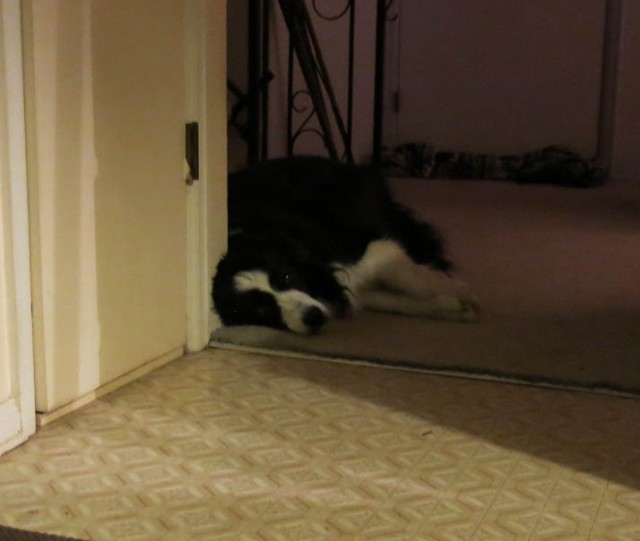