last of the pods

Greetings and salutations everyone; yes, once again it is I, Chess the purebred border collie, filling in for the guy I live with, and here to bring you the latest news from our garden. You may remember me from such posts as “A Day At The Opera” and “The Sand Man”, among so many, many others.

Here I am in a characteristically sophisticated pose. 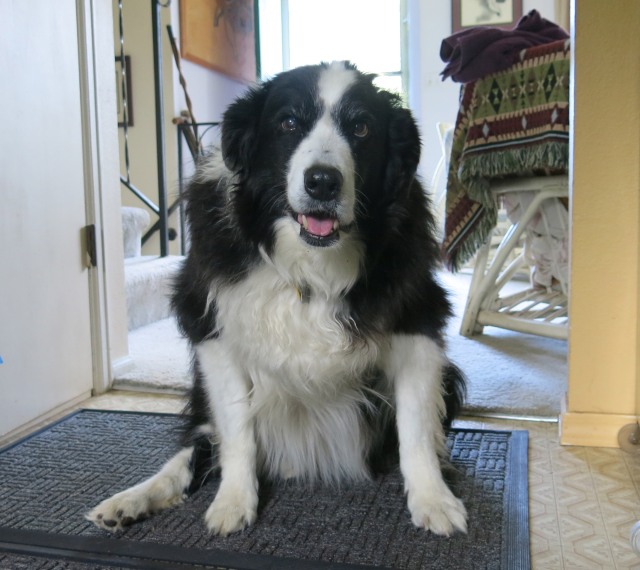 It’s been rather damp around here lately, with rain, and, of course, thunder, but I was able to go on my walks, and I guess one advantage of the all the rain (a whole six tenths of an inch in two days) was that the guy I live with has declared that the rain brought down “the last of the pods”. The honey locust hasn’t had that many this year, compared to some years, but there are still a lot.

Somehow I doubt that this is the last of them. The pods didn’t come down all in one place, in case you were wondering. He raked them into this pile.

The “squishies” have enjoyed the rain, too. The guy I live with took some pictures today, and here are a couple of the squishies. It’s just that they looked so contented, and he felt like taking their pictures. 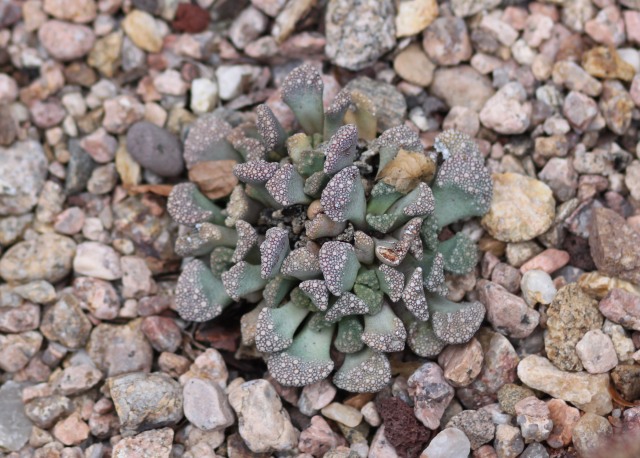 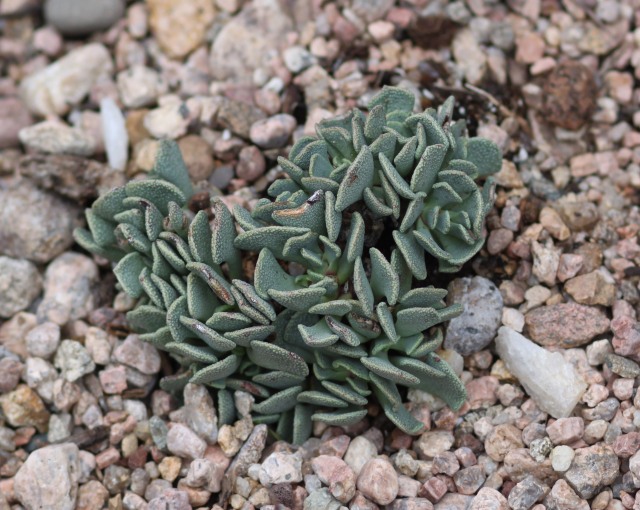 The squishies get nibbled on by rodents sometimes. You can see some of the nibbling if you look closely.

Here are the newly-emerging leaves of Cyclamen hederifolium. Attractive, huh? (The label is for a snowdrop.)

Well, that would be all I had for today, but we were visited by some wildlife. The downy woodpecker likes to creep up the birch branches. It wasn’t standing still when the picture was taken, which is why the focus is a little off. Branches on the tree (really a shrub) occasionally die and the woodpeckers like to drill for bugs in the dead branches. 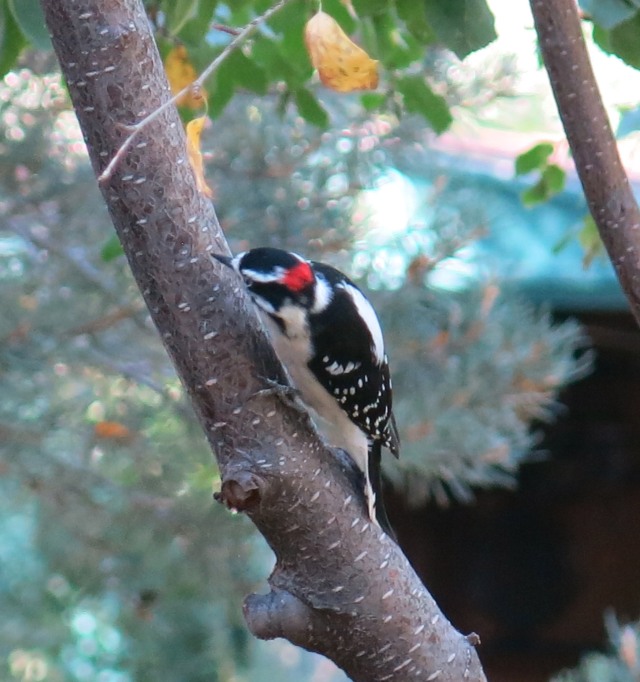 As you may know, I and the guy I live with lead a pretty laid-back life, with just the occasional incident marring a succession of otherwise uneventful days, but just today an event occurred which was so shocking, and so disgraceful, that I had to get up and leave the room, which was the kitchen.

This happened after I came home from my morning walk, which was excellent, by the way. Both of us were just sitting here, each minding his own business, when all of a sudden….

I couldn’t believe my eyes. Especially when the rodent looked into my fort.

After documenting the unwarranted intrusion, the guy I live with cleared his throat very loudly, and the invader turned and fled.

Surely something must be done. Aside from keeping the door closed, I mean.

I guess that’s all for today. The guy I live with suggested I spend more time patrolling the patio, and less time asleep. We’ll see.

idle
View all posts by paridevita →
This entry was posted in Uncategorized and tagged Aloinopsis spathulata, Titanopsis calcarea. Bookmark the permalink.

6 Responses to last of the pods