Greetings and salutations, everyone; yes, once again it is I, Chess the purebred border collie, here to bring you the latest news from our garden, or, in this case, from Denver Botanic Gardens, where I didn’t get to go, because the guy I live with says the sign there says “No Dogs”, which I think is unenlightened, but what can you do? You may remember me from such DBG-type posts as “Guarding The Fort” and “Home Alone Once Again”, among just a few others.

Here I am in a characteristic at-home pose.

Yesterday, or maybe it was the day before, there was a little bit of bulb-planting; just a few daffodils, and the guy I live with soaked them in water for about fifteen minutes before planting them. He says this is a good idea, because here, it takes an awful lot of rain to get down to where the bulbs’ roots are, once they’ve been planted in a loamy type soil, so this gives the bulbs a little bit of a head start. 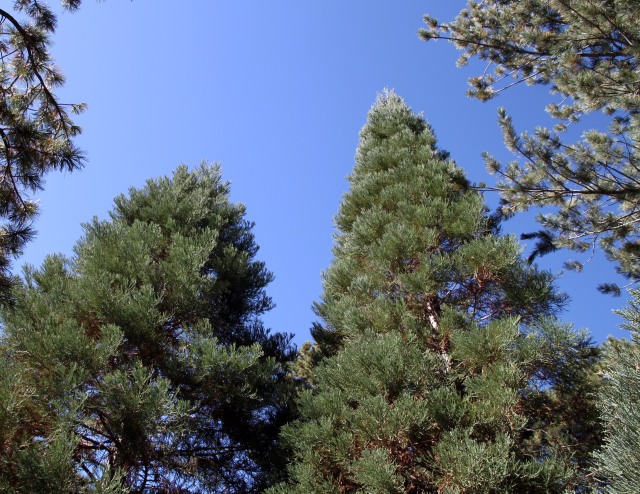 looking up at the sequoias

part of another crevice garden 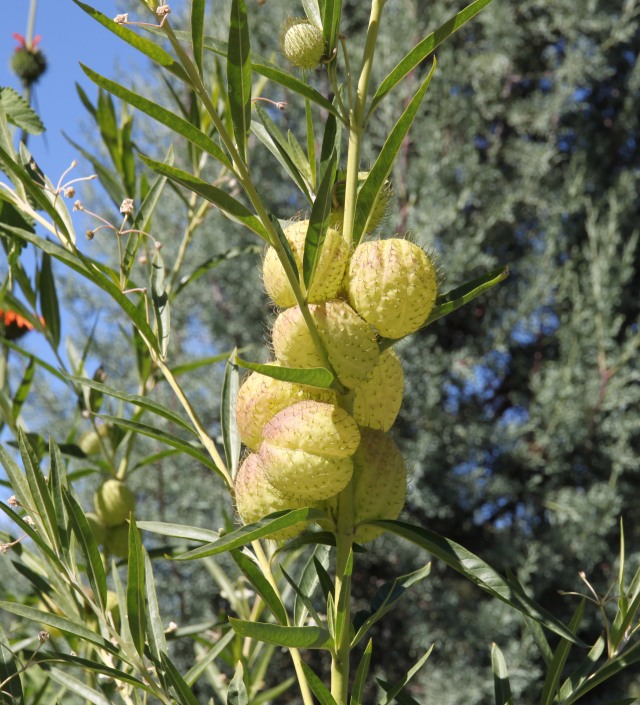 Now some views in and around the Laura Smith Porter Plains Garden. It reminds me of our “lawn”, sort of. 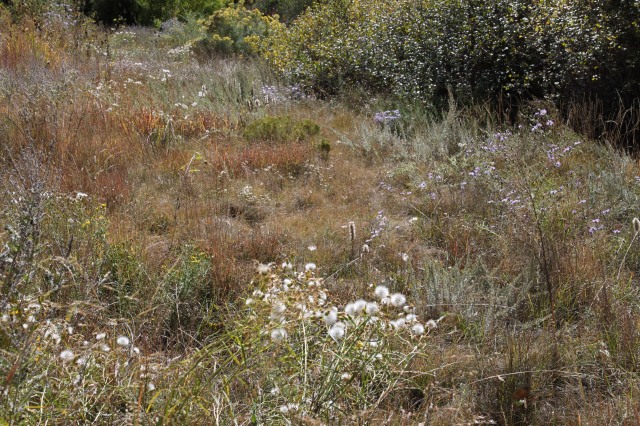 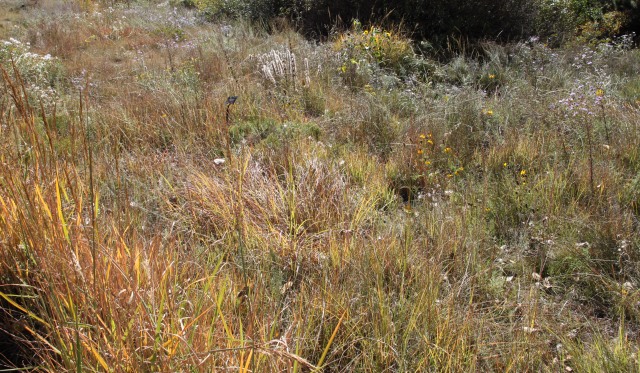 the white is winterfat, Krascheninnikovia lanata 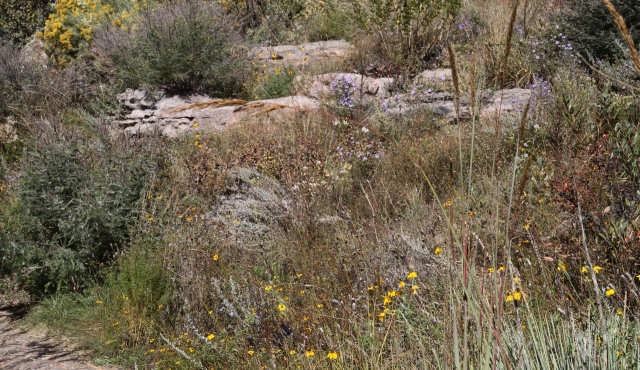 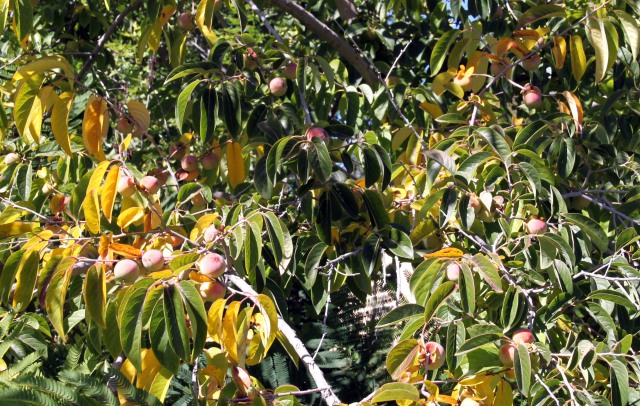 Now some berries on various crabapples that the guy I live with didn’t get the names of. 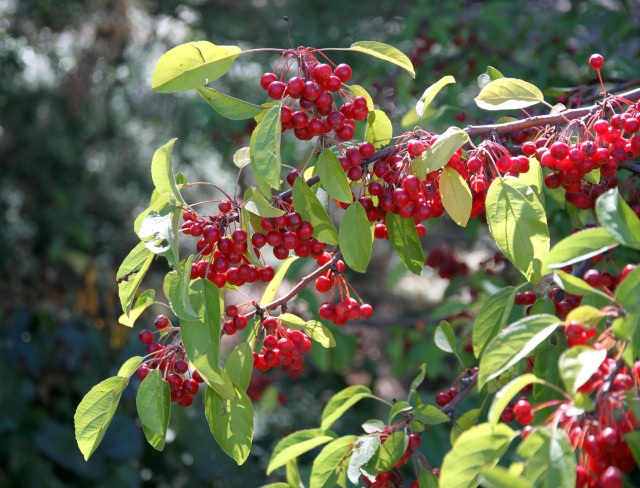 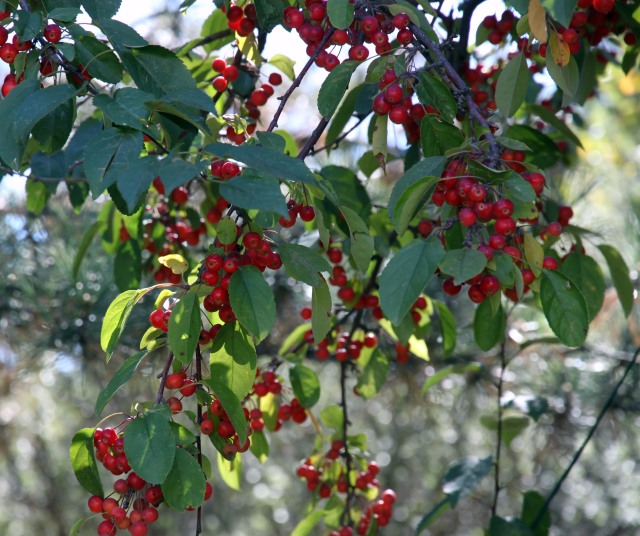 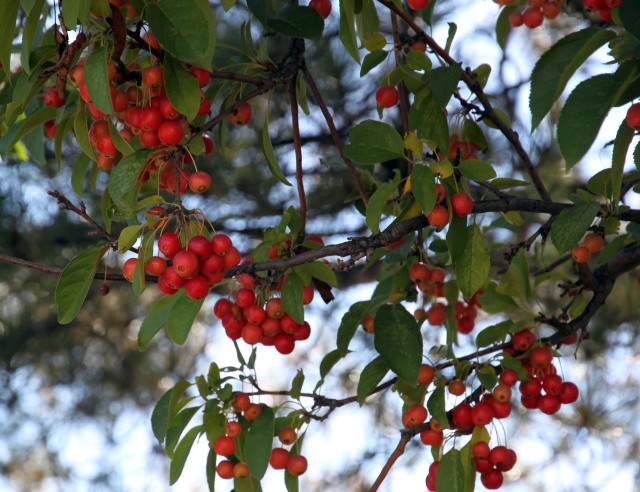 Okay, well, those were the pictures he took.

Yesterday, or, again, maybe the day before, there was a terrific sunset, and he took pictures of it. I’ll leave you with the sunset pictures, wishing I had some “as we head off into the sunset” kind of music, but I don’t. 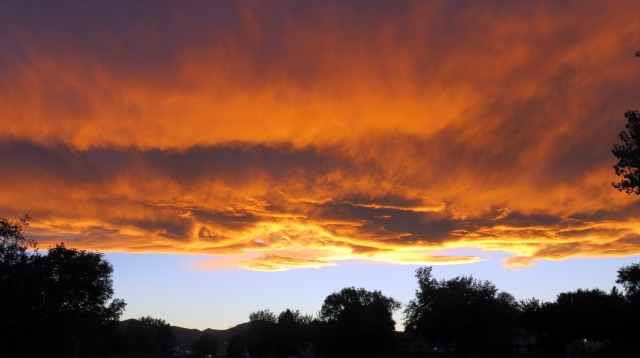 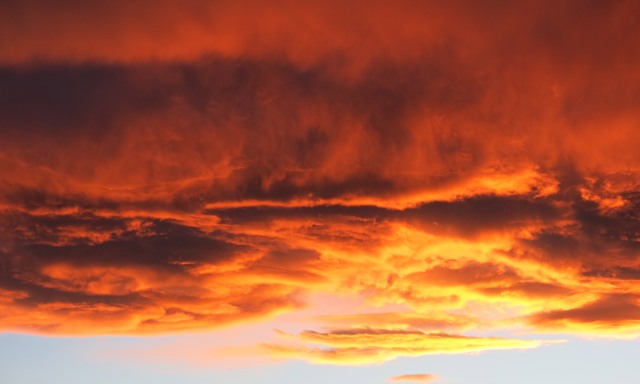 idle
View all posts by paridevita →
This entry was posted in Uncategorized and tagged Denver Botanic Gardens. Bookmark the permalink.

10 Responses to at DBG