Greetings and salutations, everyone; yes, once again it is I, Chess the purebred border collie, filling in for the guy I live with, and here to bring you the latest damp and gloomy news from our garden. You may remember me from such damp and gloomy posts as “Gray And Gloomy”, and “A Gloomy Evening”, and “Gloomy Weather”, among so many, many other posts. 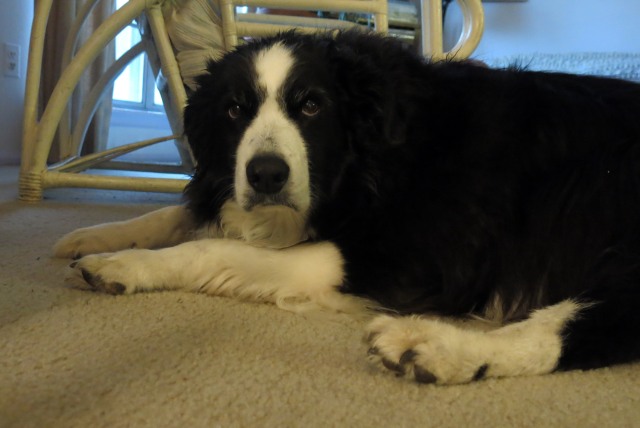 I’ve been under the weather again, not feeling much like eating, and I have some pills for my tummy, which is what my doctor thinks the trouble is. My walks have been longer than usual, and everything else is pretty excellent, but I haven’t much felt like eating all the gross food that the guy I live with has tried to talk me into eating. I did eat some bologna and a few other things.

My inspired title for this post came from the fact that it’s raining. Sometimes it does that here. I’ve shown movies of almost all the times it’s rained here, but today, just a picture. 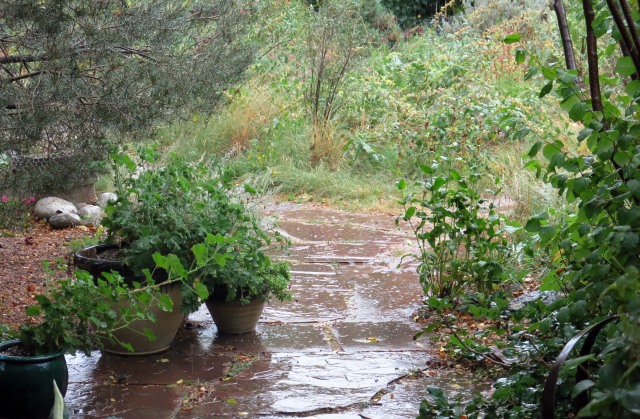 My afternoon walk was cut short because it was just misting and drizzling when we started, but then it rained more seriously, so we had to turn around. 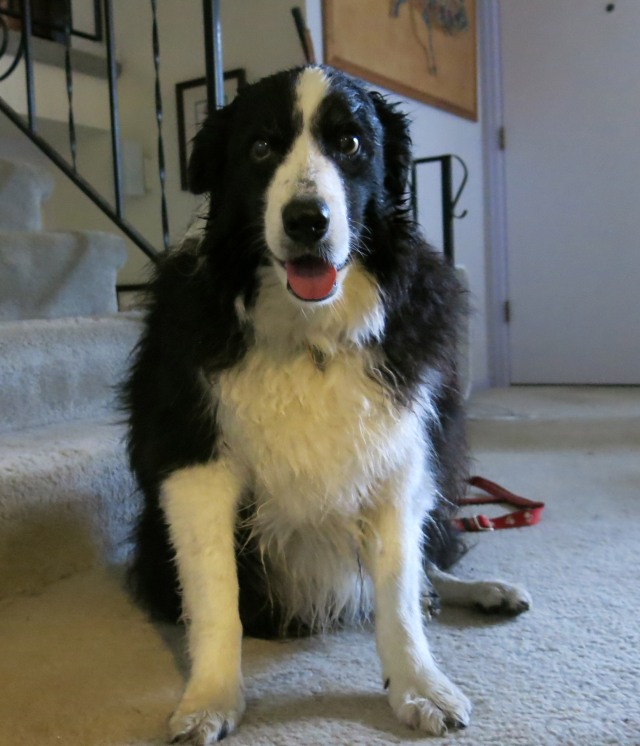 Before it started to rain, the guy I live with took some crocus pictures. The flowers weren’t open, but he took the pictures anyway. 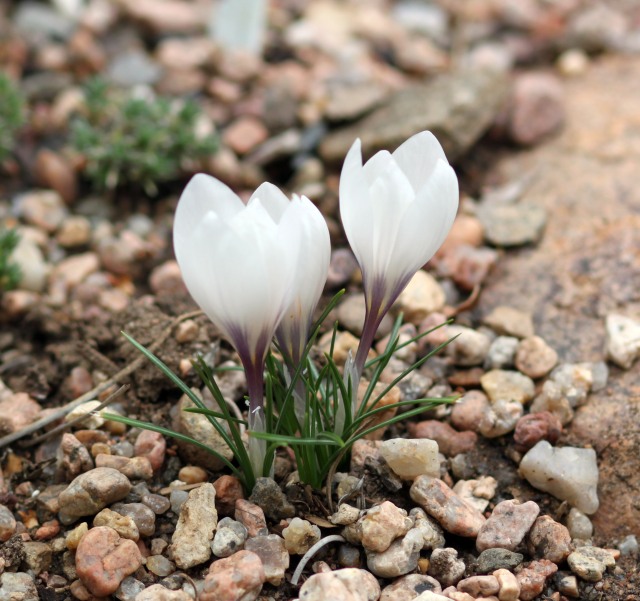 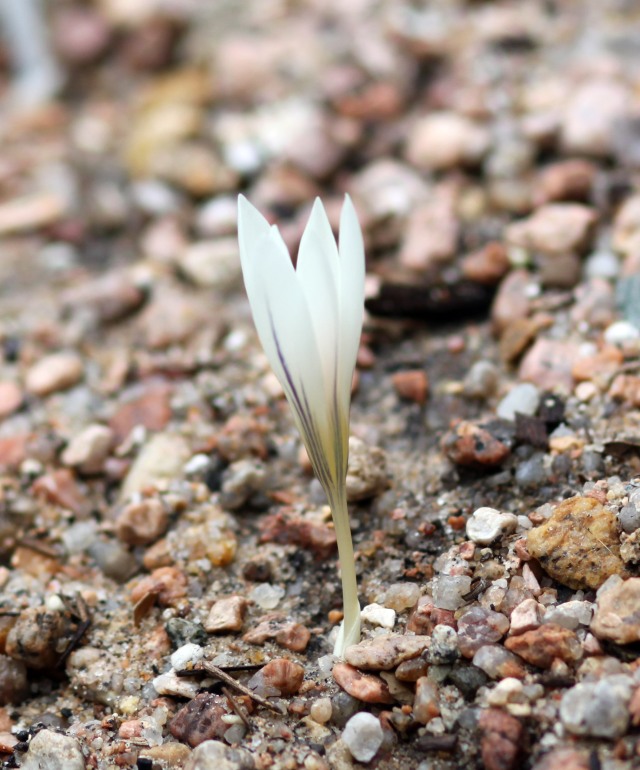 I think he finally got a halfway decent shot of Salvia reptans, too. The beautiful blue color of the small flowers is difficult to capture, or so he says.  I can see the color blue, if you didn’t know. Blue and yellow. Like I can see the flag of Sweden. 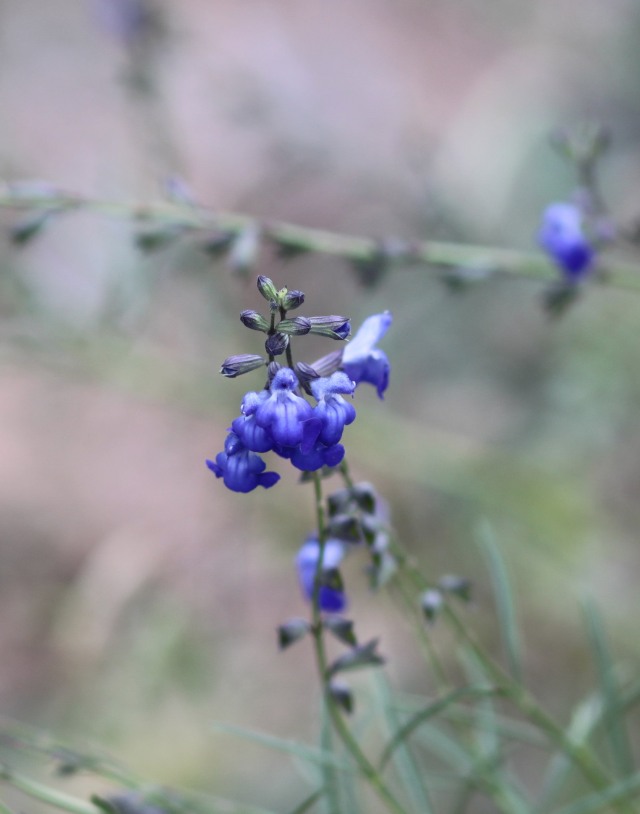 And, of course, cyclamen. This is Cyclamen mirabile ‘Tile Barn Nicholas’. The guy I live with spends a lot of time crawling along the path in the rock garden looking at cyclamen. He says he pronounces the name with a long Y like in cycling, unless the plants don’t look very good, then it’s a short Y. I guess I get it…. 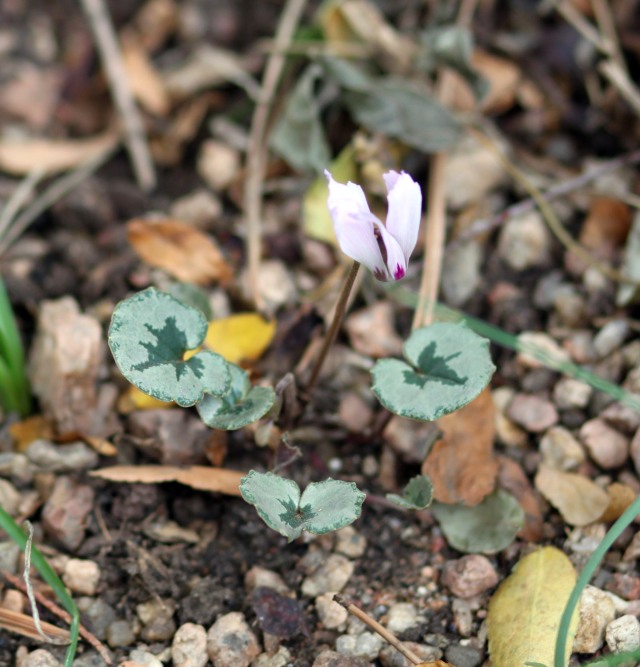 It’s not like he cuts flowers, or does arranging, or anything like that. My mommy used to, a lot (it was her birthday yesterday; maybe that’s why this came up), but he doesn’t, so I don’t know why he got all agitated about them. After all, we do have one, and here it is, sitting all alone on the bench. 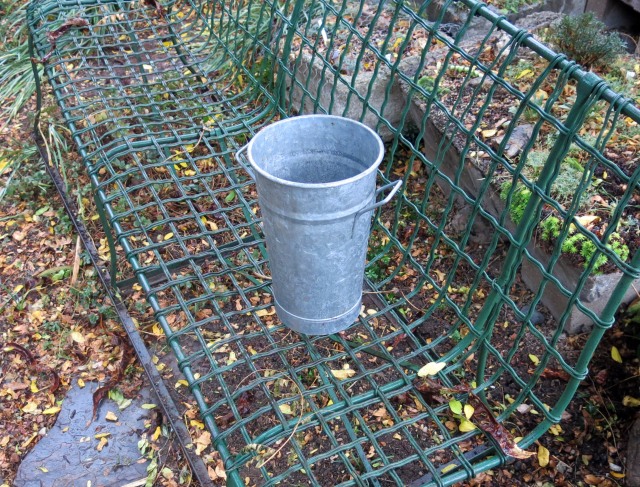 I guess that’s it. I think we’ll have one lonely French (real French, made in France) flower pot, just sitting there, in the rain, like a character in Hemingway. The guy I live with said no, it was like a character from a play by Beckett, maybe called “The Bucket”. Oh, whatever. 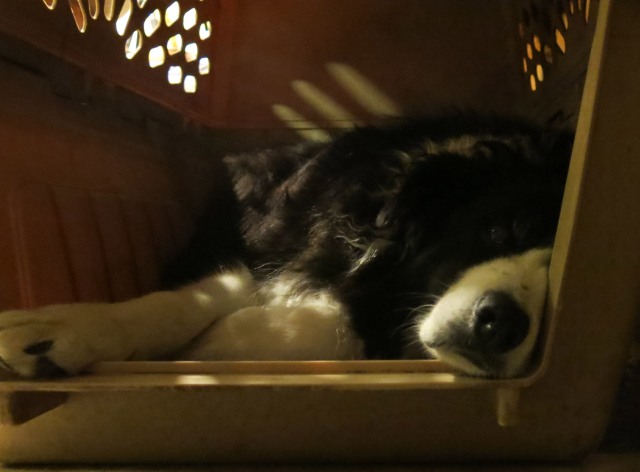 idle
View all posts by paridevita →
This entry was posted in Uncategorized and tagged Salvia reptans. Bookmark the permalink.