Greetings and salutations, everyone; yes, once again it is I, Chess the purebred border collie, filling in for the guy I live with, and here to bring you some moderately exciting news from our garden. You may remember me from such posts as “The Nuts Be Brown” and “No Pain, No Gain”, among so many, many others.

Here I am in a characteristic, though rather sullen, pose.

If I look sullen and resentful, it’s because I kind of am. As I said before, the guy I live with was careless and let me taste one of my pills, which was so bitter it was bitter, and now I’m not eating anything until the coast is clear. He talked to my doctor who said this is what we do, and so we just wait it out. The guy I live with said it wasn’t like I didn’t have reserves of fat to rely on, which was pretty darn rude if you ask me.

But my walks have been excellent, way more so than, say, last week, and he let me sleep in this morning, not that our schedule is that full anyway, but it was nice to be under the covers and have chilly air blowing in, and to be able to get up when I felt like it, instead of hearing the stupid alarm telling me to get up when I didn’t want to.

Well, so, we haven’t been doing anything interesting. The guy I live with, who, as you may recall, claimed that he had raked up “the last of the pods”, raked up more, yesterday. He says they’re generating spontaneously now.

And almost all the little seedlings in the seed frames have been planted. It started out cool today, and then rained some, and then the sun came out, and then it rained again (he had to push me out of the house to go on my afternoon walk because I was certain it would thunder, but it didn’t), so I guess the tiny plants went into their allotted places very happily.

There’s not much to this post, in fact, but the guy I live with thought it would be fascinating to show a picture of the path crocus that magically appeared the other day. That’s right, there was a crocus flowering in the path. That was the excitement. 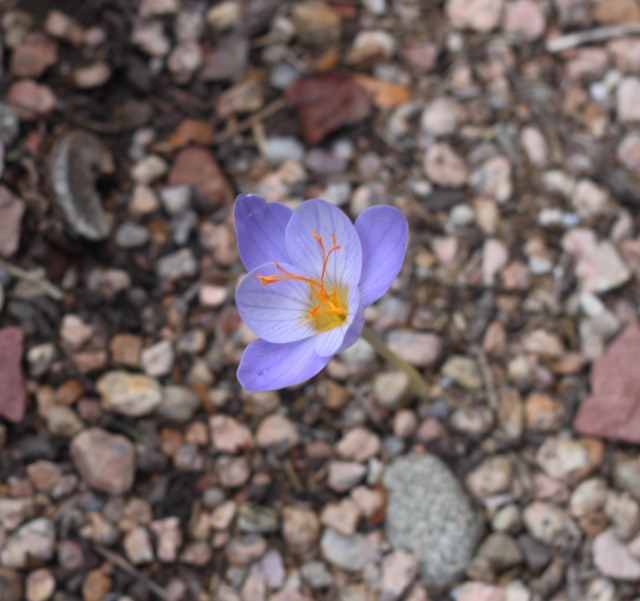 Here are some more, flowering in a patch of Malva zebrina. 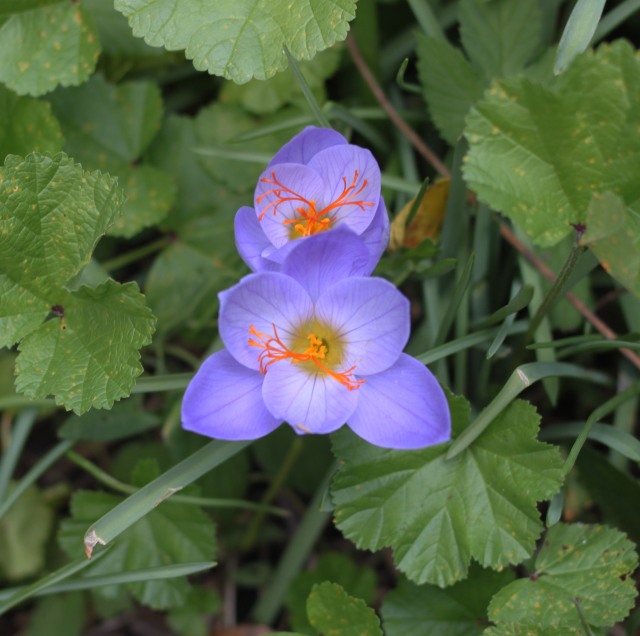 They’re all over the place, but especially in my mommy’s little garden. Ants carry the seeds wherever they go.

There are lots of crocuses flowering now (though, if you asked the guy I live with, not nearly enough).

Speaking of ants, the guy I live with cleared a bunch of stuff out of the shade garden, to make room for more Cyclamen hederifolium. They haven’t seeded around as much as he hoped, and he thought maybe the new space would allow ants to carry the seeds there. Or something like that.

The leaves of the cyclamen are pretty variable. The guy I live with obsesses on them a lot. 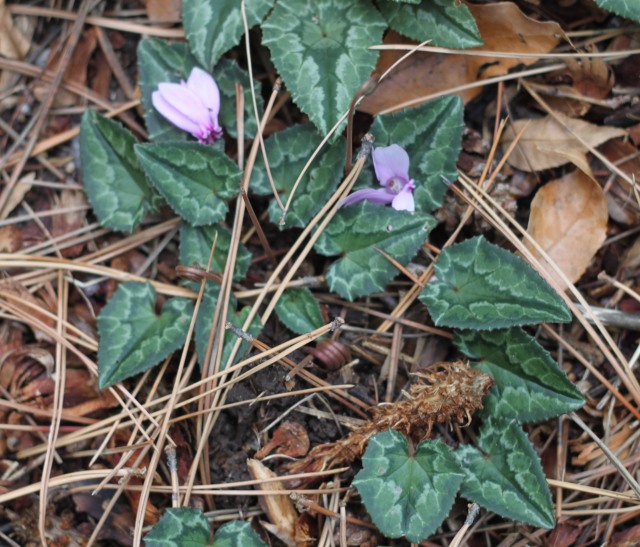 He said this one was ‘Fairy Wings’ a while back, but it’s really ‘Arrow Leaf Select’.

This is ‘Fairy Wings’. 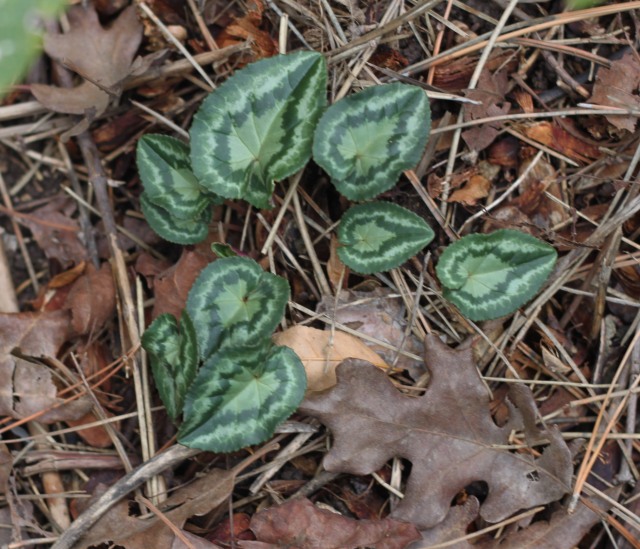 These are just regular ones. 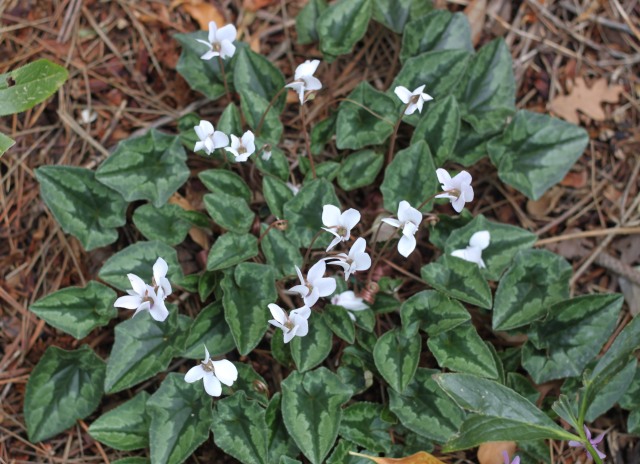 This one is ‘Tile Barn Helena’.

I’ll leave you with another picture of me, this time not really wanting my picture to be taken, because the flash might have gone off. It didn’t. But you never know. 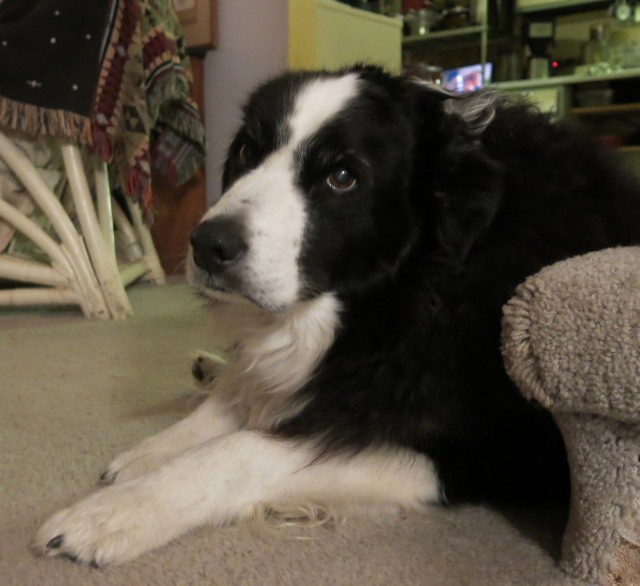 idle
View all posts by paridevita →
This entry was posted in Uncategorized and tagged Crocus pallasii, Crocus speciosus, cyclamen hederifolium. Bookmark the permalink.

14 Responses to the path crocus