Greetings and salutations, everyone; yes, once again it is I, Chess the purebred border collie, filling in for the guy I live with, who’s too distracted to be able to function properly. You may remember me from such posts as “Under The Weather” and “Trials And Tribulations”, among so many, many others. 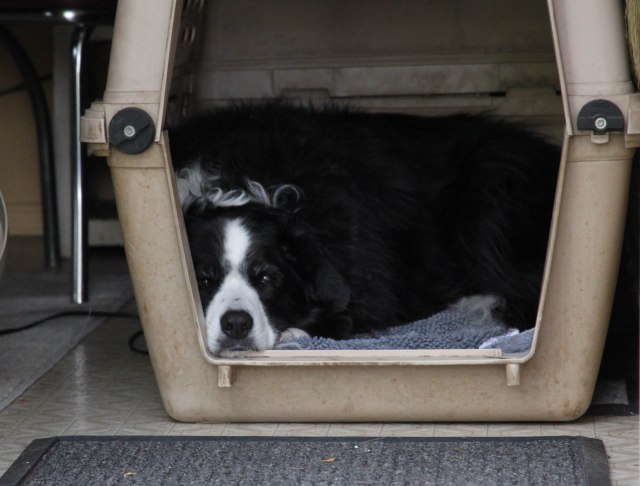 Events of this morning have revealed that I’m pretty sick, and I’m going in for ultrasound tomorrow morning. My doctor said it could be some upper gastrointestinal inflammation, so we’ll see. You can probably guess what the guy I live with thinks is going to happen.

So I don’t want to dwell on this too much. I know I could make a whole post just about me, but I’m not feeling so hot, as maybe you can tell by my characteristic pose.

It was “desperately gloomy” and chilly yesterday, and then rained, about a quarter of an inch (1.25cm). They said it could snow, and freeze, but it didn’t do either of those things.

Instead, the morning was clear, if a bit cool. I prefer cool weather. 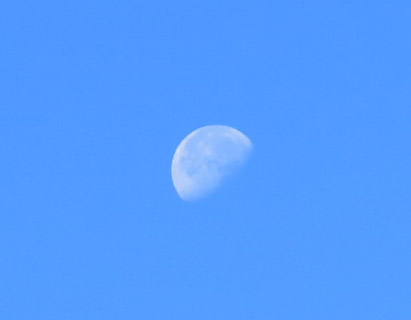 The guy I live with got some daffodil bulbs in the mail (yes, believe it or not, he sometimes orders bulbs from regular places), and, again, soaked them in water. He says daffodils need to form roots as quickly as possible in our climate, and that soaking them triggers rooting, whereas (I do say “whereas” sometimes) just planting the dry bulbs would make it difficult to get water to them in heavy soil, unless it rained for days. Maybe I already said this. The guy I live with repeats himself so often that I’ve picked up the habit. 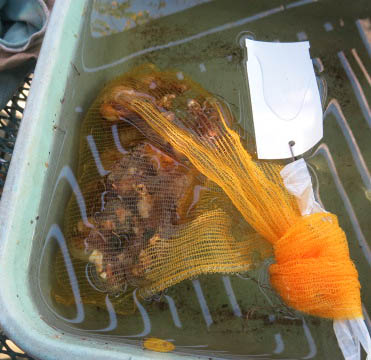 (He forgot to change the settings on the point-and-shoot, which is why these pictures are so small. Now come real pictures.)

Various forms of Salvia greggii are still in full bloom. I think this one is ‘Cold Hardy Pink’. 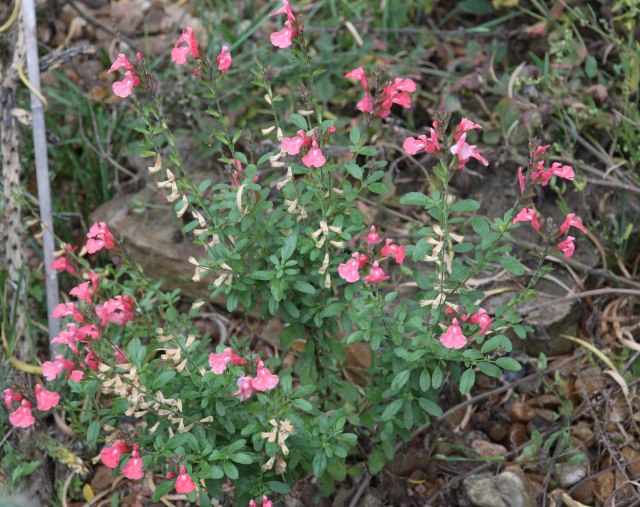 And ‘Furman’s Red’. There are bunches of other forms in the garden here, for testing, because the guy I live with says that there’s no place where Salvia greggii grows in the wild where it gets really cold, and so he thinks if these are hardy, all the others must be too. That’s proved the case with ‘Wild Thing’, ‘Grenadine’, and some others. 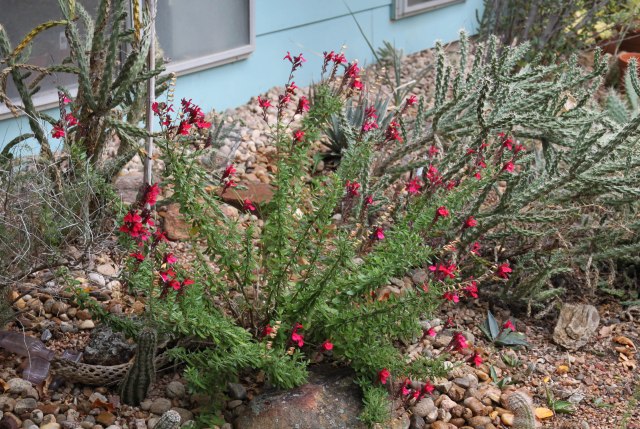 And some autumn color. Colorado isn’t known for autumn color, except for aspen, so gardeners have to do most of the work. (This next one is a native plant, though.) 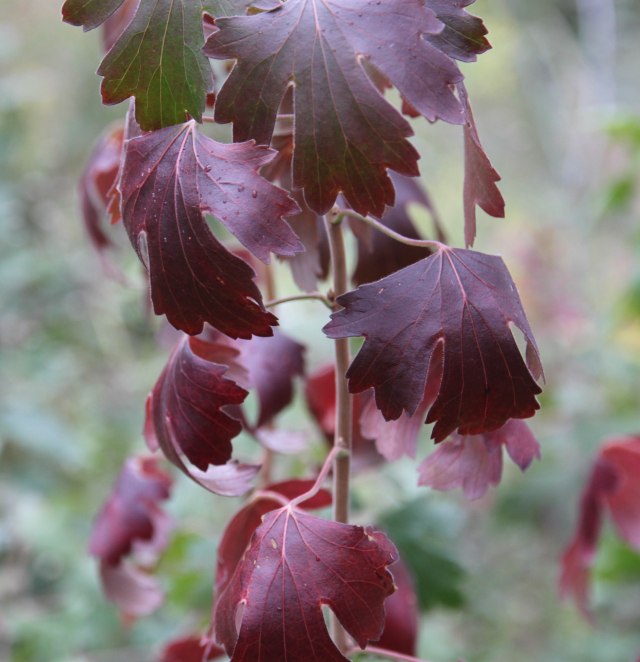 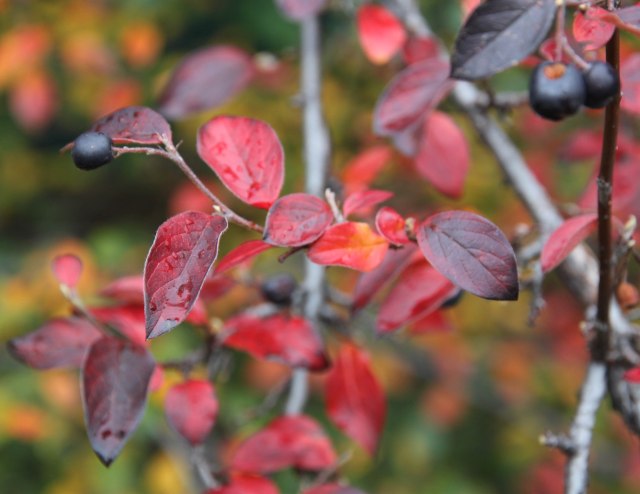 And the tecoma ‘Orange Jubilee’ is flowering like crazy. The pot that this is in is extremely heavy, and when it gets moved inside, the guy I live with employs “plant-moving language” which I understand is similar to “car repair language”. But much different from “dropping a fully-planted trough on his finger” language. We have a regular tecoma, T. stans, that’s got tons of buds, and also gets moved inside. My mommy grew that one from seed, from Southwestern Native Seeds, about a quarter century ago. It’s pure yellow. 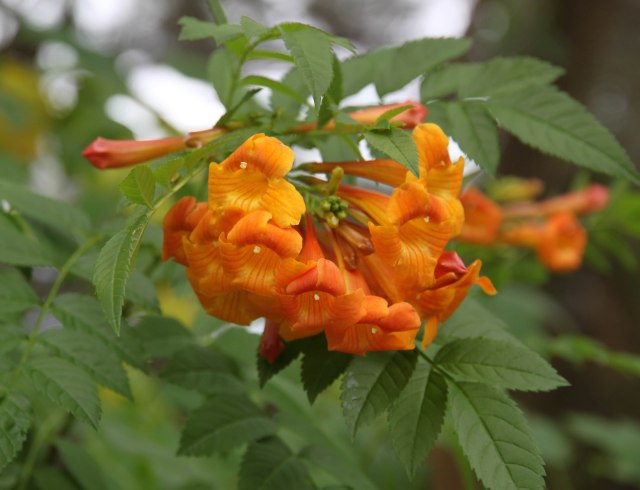 Incidentally, the beauty of the plants is matched by the fact that if he leaves them outside and it freezes, they grow back, just like if he forgets to water them.

Well, that’s my news. I admit that it really is more about me than the plants, but I go in early tomorrow, and my doctor has known me since I was extremely tiny, and I don’t have to be put under for the ultrasound. I can just lie there. Like I always do. 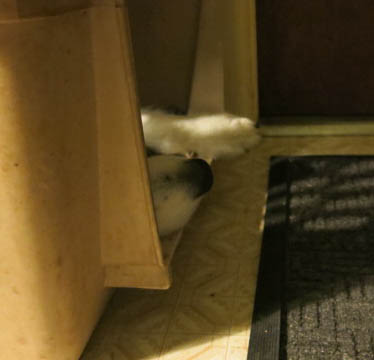 idle
View all posts by paridevita →
This entry was posted in Uncategorized and tagged Salvia greggii. Bookmark the permalink.

40 Responses to some autumn color