Greetings and salutations, everyone, and Happy New Year. Yes, once again it is I, Chess the purebred border collie, filling in for the guy I live with, and here pretty much just to say happy new year and not much else. You may remember me from such posts “Winter Creeps Onward”, among so many, many others. 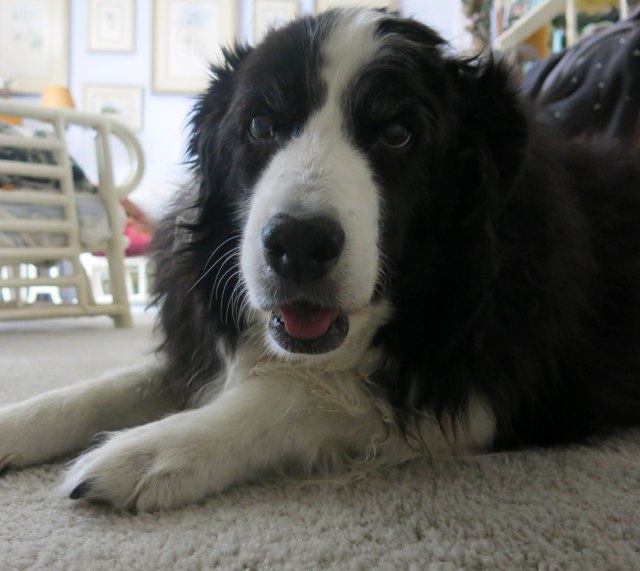 Maybe it was the cold we had night before last (the thermometer reads bottom to top, on the left) 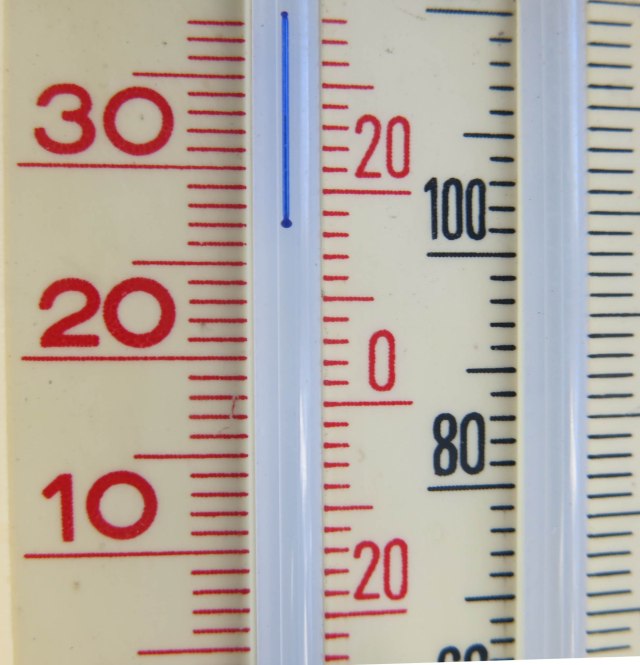 or maybe the guy I live with is just losing it, but he’s been saying “We’re living in the future” an awful lot lately. I know this sounds weird, but see, to him, someone who grew up in the 1950s, the year 2015 seemed so far in the future that he could hardly think about it, and now it’s here, and it doesn’t seem like the future at all. Which is why he says we’re living in it, because it’s the present, which is the same as the future but less imaginary, and it isn’t anything like he thought it would be. He says there’s a lesson to be learned from that.

It’s still chilly here, but not as chilly as it was. Just gloomy. The guy I live with says it feels like “someone else’s winter”, which is weird. I mean, to say. Who else’s winter could it be? 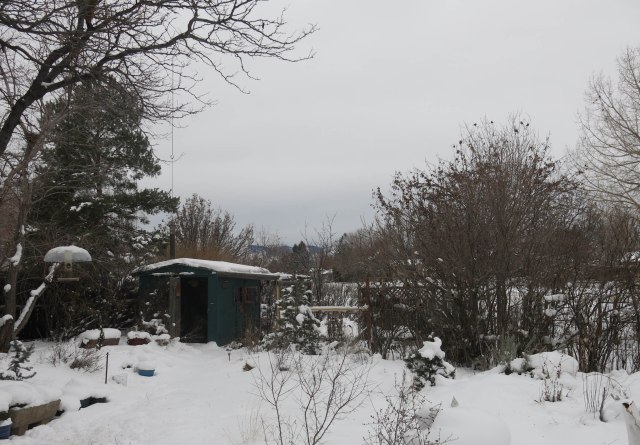 True, if you look back at posts at this time last year, it wasn’t “so horribly snowy” until a little later in the month, but not every winter is the same here, so I don’t see how he can say any of this. Whatever, huh.

Oh and he also wonders why people say “twenty fifteen” when they said “two thousand and one” for the year 2001, instead of “twenty oh one”, but, oh, well, you know. Hopefully no one will say “two thousand and fifteen” because who has the time for that?

So I guess this is going to be a long haul for the guy I live with. He doesn’t just mostly sit here waiting for spring, though. He spends a lot of time down in the laundry room 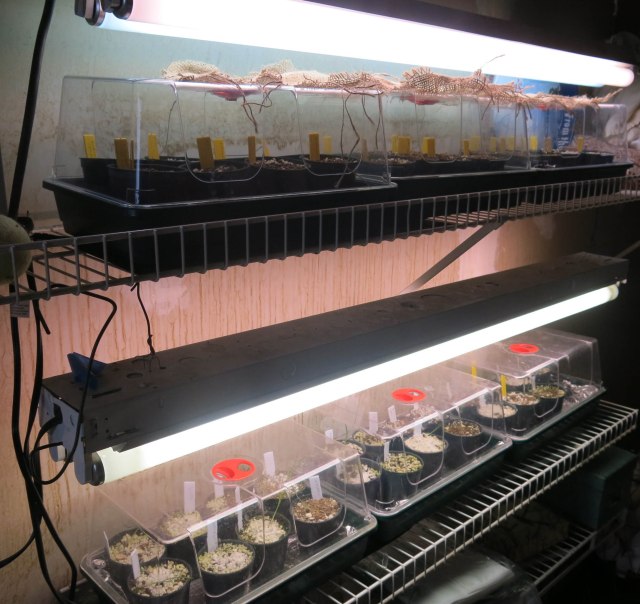 and in the upstairs bedroom (which was never a bedroom). 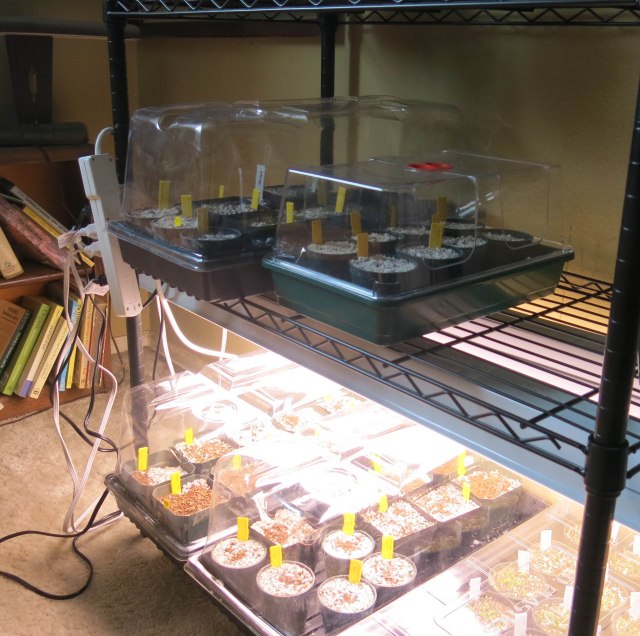 Yes, the irises. (The flat on the right in the last picture is cactus seedling, but the rest are irises.) He got these things called “nanodomes” to fit over regular flats, so he didn’t have to buy more propagators. The nanodomes have vents on the top, too.

You might wonder about the strip of burlap in the first picture (it filters the light), and the lack of any light on the second-to-bottom shelf. That’s because the fluorescent lights he had were over twenty years ago, and nothing happened when they were plugged in, so he has to go get more, eventually, but the seeds germinate a little better is there isn’t blazing light on them. At least that’s what he says other people say.

There is another fluorescent light in the bottom picture, and it’s over on the left, a vintage 1950s fluorescent lamp. In other words, as old as the guy I live with. It still works, too.

Isn’t that all extremely interesting? Maybe it would be if you didn’t have to live with it every day. The constant checking of the iris seeds in their little paper underwear things, running out to the garage to get perlite and plant something if a seed has germinated, and so on. Fortunately there aren’t many ungerminated seeds left.

That’s how he’ll spend his winter. I have a better idea of how to spend what looks like it will be a long, long winter indeed, and I’ll show you how, and then let you go. Oh, and Happy New Year, even though I already said it once. 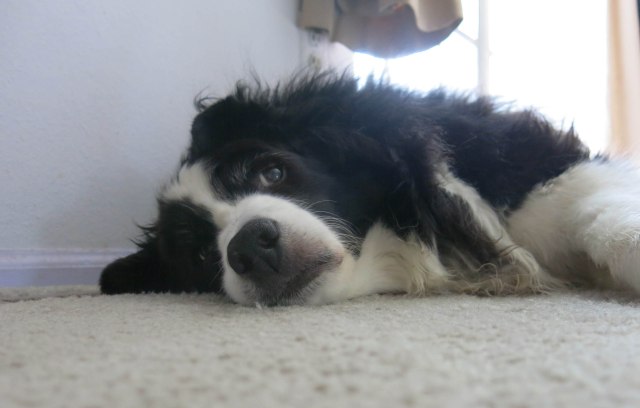