an inch of time

Posted on February 5, 2015 by paridevita

Greetings and salutations, everyone; yes, once again it is I, Chess the purebred border collie, filling in for the guy I live with, and here to bring you the latest news from our garden. You may remember me from such posts as “The Abandoned House” and “The Grape Bush”, among so many, many others.

I guess I’m doing okay. The guy I live with says there’s a Zen saying that goes “an inch of time is worth a foot of jade”, though there are other variations of the saying, and that’s how we do things, day to day. We purebred border collies only live in the moment anyway.

But also it has a lot to do with how we experience the garden from now until about the first of June, because it keeps snowing until then. So if the guy I live with sees something in flower now, he gets all excited, instead of worrying that it might snow tomorrow. (It’s not even supposed to freeze for a whole week, or so I hear.)

All this is my introduction to what’s going on here, and if a certain party could focus more (in every sense), there would be more pictures, but at least I have some to show you.

For one thing, the first crocuses of the year poking their noses out of the ground. (The first ones he’s noticed, anyway.) This is Crocus “taurii“, which gets quotation marks because I guess it isn’t the real C. taurii, aka C. biflorus subsp. taurii…..whatever. This is a “spring” flowering crocus. (There really aren’t any crocuses that flower in spring here, but if I said “winter-flowering”, people would freak out and then I would have to say that I really meant “spring”, even though it’s winter.)

The actual winter-flowering (or autumn-flowering) Crocus niveus, which has produced another flower. This is really late rather than early. The guy I live with feels it obligatory to tell people he has four forms of this crocus. I think he’s a snob of some sort. Well, he does have a purebred border collie, so I guess he is.

Some color showing on Cyclamen coum. 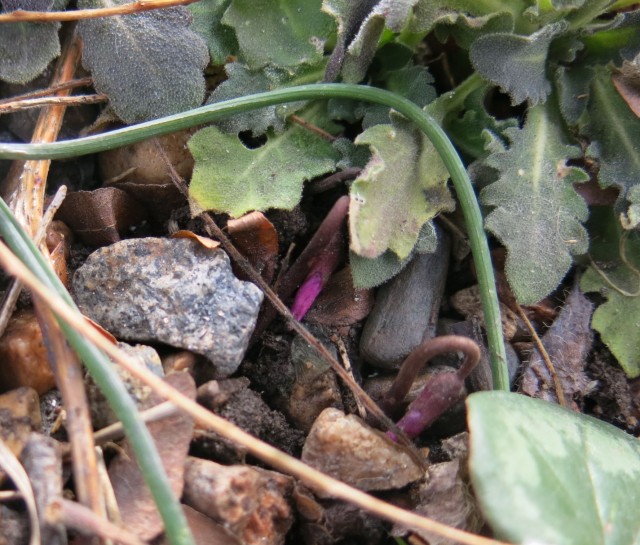 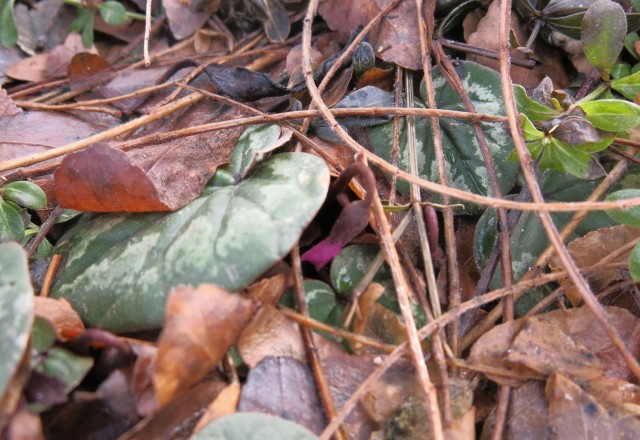 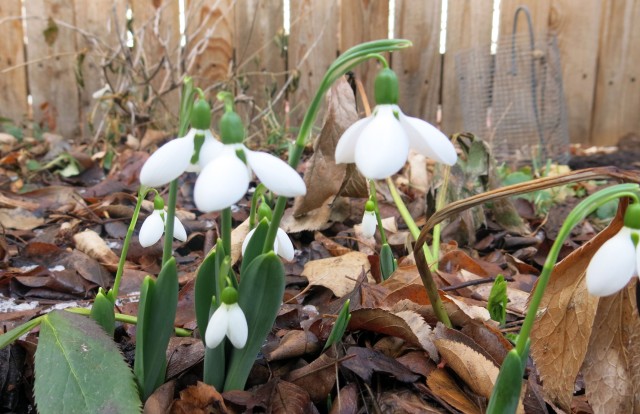 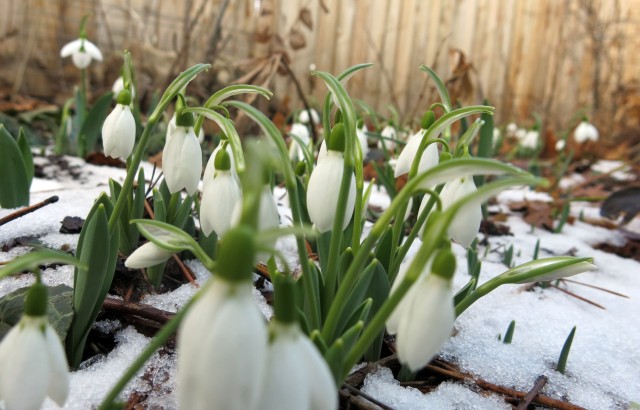 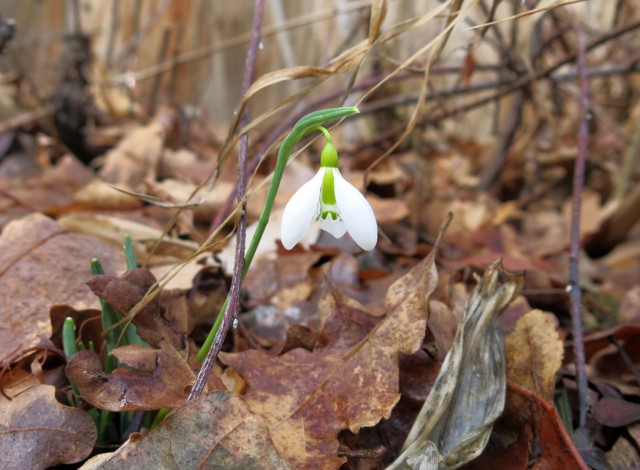 There are way more snowdrops flowering than this, but you get the idea, maybe.

It’s a pretty nice day, and most of the snow that fell two days ago has melted. It should be all gone by the time it snows again. I’ll end my post with four extremely excellent garden pictures. 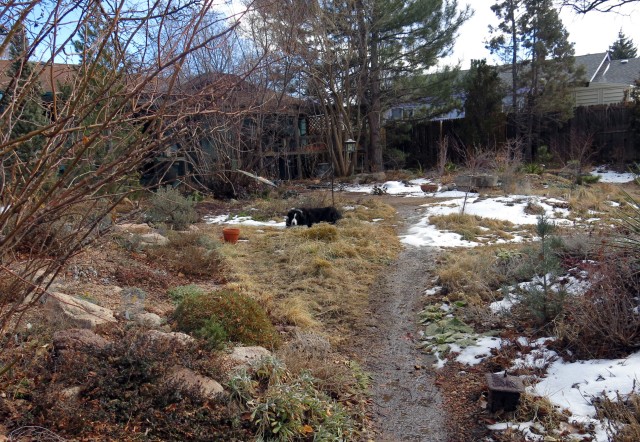 18 Responses to an inch of time