Greetings and salutations, everyone; yes, once again it is I, Mani the tiny purebred border collie, filling in for the guy I live with, and here to, well, today, to show a bunch of pictures of me, and some tulips, too. You may remember me from such posts as “Thirteen Pictures”, among at least a few others. 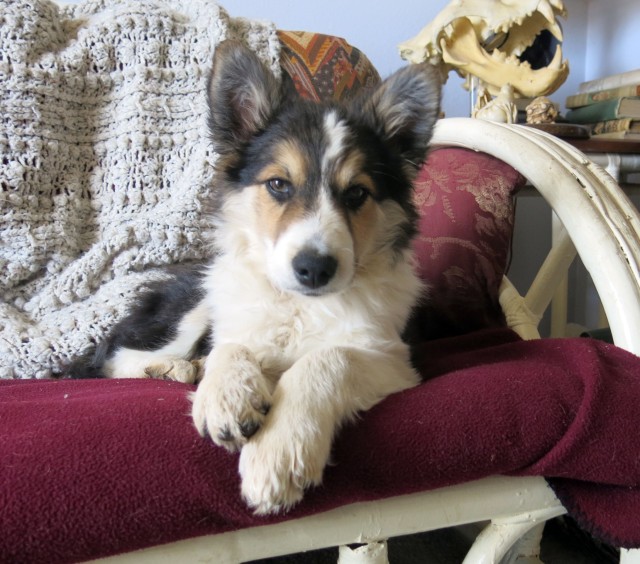 I’ve supposedly been “really naughty” today, though I don’t see how that’s possible; I was just doing stuff, but the guy I live with went so far as to say I was a naughty noodle, which is what his companion used to call purebred border collies who “did something untoward”. He even said that she was basically in charge of all the purebred border collies here and would occasionally paddle their butts when they did something wrong, which I did, today. I just don’t see it, myself.

You be the judge.

Look at all the time I spent on the couch. In fact, I was doing this, minding my own business, 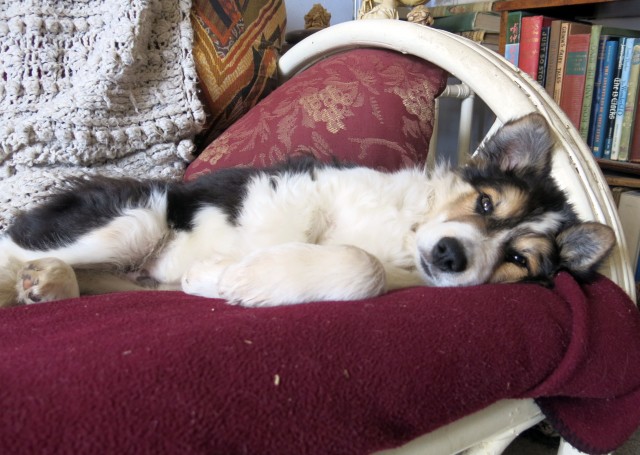 right before the guy I live with came over with the camera and so I had to sit up, to look agreeable, and he took my picture. Does this look like a “naughty noodle”?

I don’t think so either.

After lunch, I went back and slept on the couch more, but at the other end. See?

And then later, I played outside with my chicken. Quite innocently.

As you can tell. 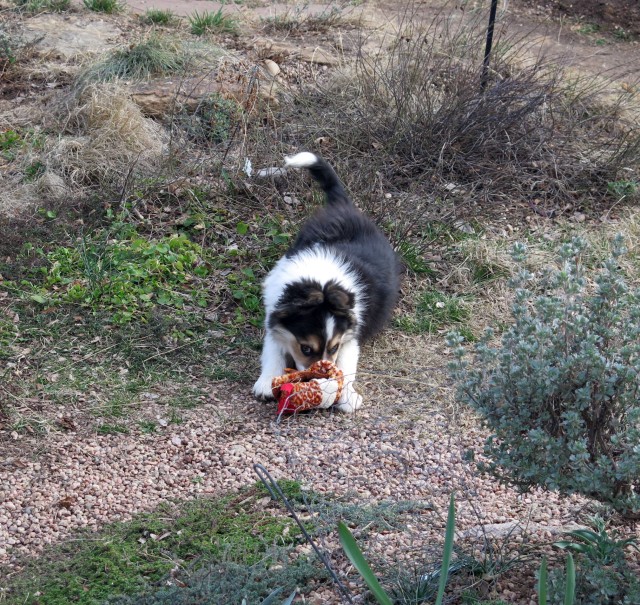 The guy I live with took some tulip pictures. You know, the little ones; the early, wild types. I guess this was while I was being naughty.

That was pretty much it for the whole day. Okay, so I did pull out a few plant labels and run around the garden with them, evading the guy I live with quite easily, and making him say stuff he doesn’t usually say. And so I did unroll the toilet paper three or four times. Whose fault was it that there were labels all over the place and that the bathroom door was left open?

I’ll leave you now, with one more picture of me on the couch, and await your verdict.