Greetings and salutations, everyone; yes, once again it is I, Mani the increasingly large, yet still tiny, purebred border collie, filling in for the guy I live with, and here to bring you the latest news about me. You may remember me from such posts as “Passing The Time”, among at least a few others. 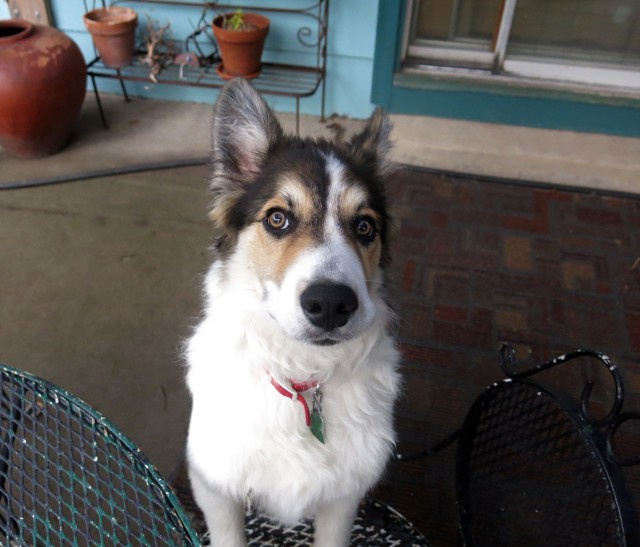 The guy I live with was being “really clever” in trying to get me to stand still for a millisecond, and so he had one of my toys on top of his head. Guess which one of us looked dumbest? 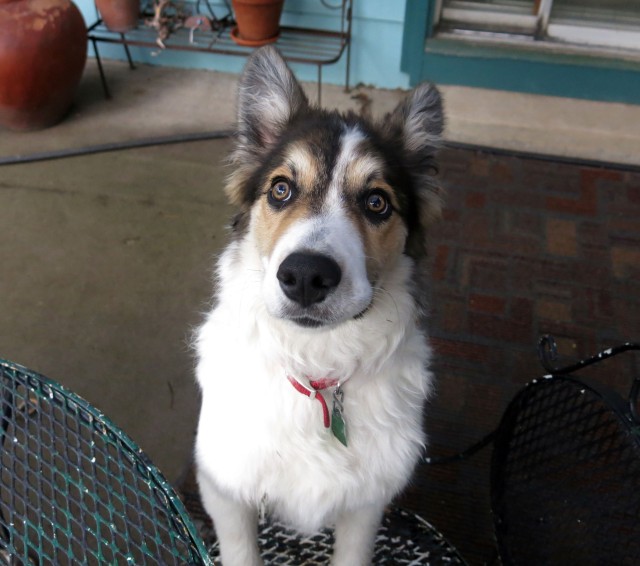 Notice the green tinge on the patio concrete behind me? It’s been raining pretty much constantly. The rug is soaking wet. 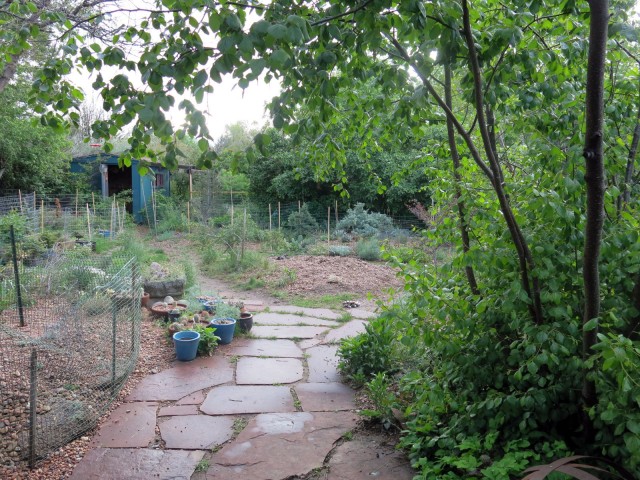 It isn’t raining in the picture there, but you can see that it did rain. You can also see all the fences. They remind me of pictures of the Western Front in World War One, and I asked the guy I live with if that’s what it was like. He didn’t think that was all that hilarious. He’s old, but I guess not that old.

So no gardening has been done for a while now. It’s really wet out there, and of course muddy, and so when I grabbed Ambrose, the lady of the house’s teddy bear, and raced outside with him and tore around the back yard and got him all muddy, the guy I live with said I shouldn’t do that, and put Ambrose in the washing machine.

It was pretty boring today, and yesterday too, but I do have stuff to do, and one thing that’s really fun, besides grabbing illegal teddy bears, is to get an old pine cone, 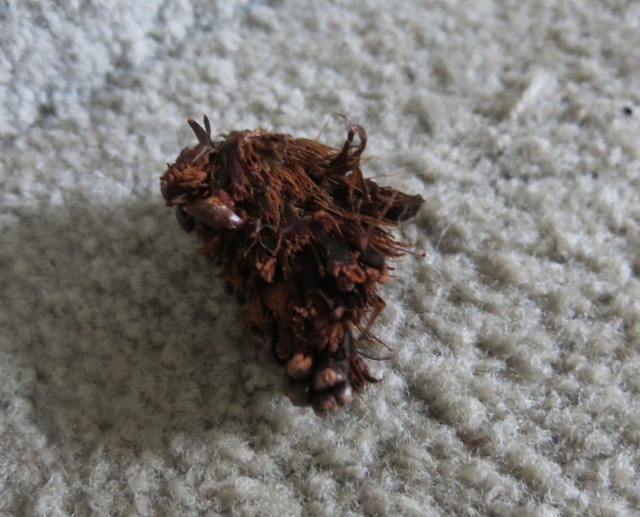 kind of tear it to shreds, 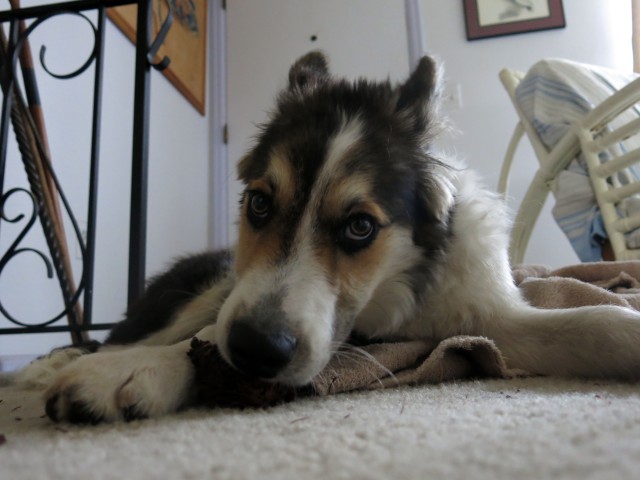 and strew it all over the carpet. 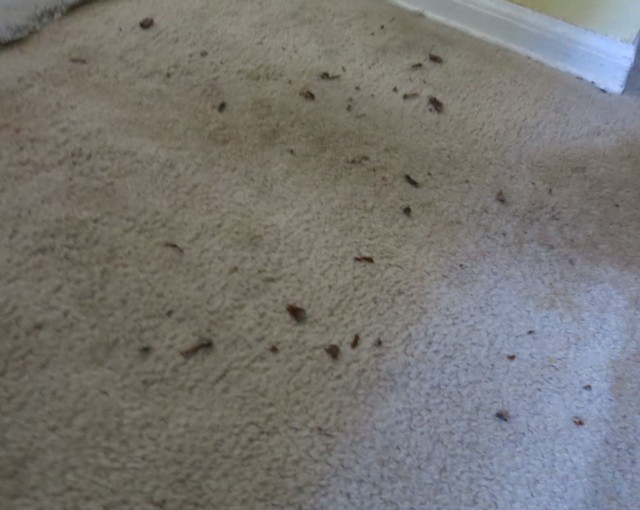 Pine cones are really excellent and the guy I live with did admit, with a sigh, that all the border collies who have lived here have enjoyed them from time to time, even if they do roll, and disappear under stuff.

The chest did get pushed away and I was able to retrieve my pine cone, even though I’m not a retriever.

I think by now you can tell what simple lives the two of us lead. The guy I live with says the weeds are growing so fast I might get lost out in the garden, but that eventually the sun might shine again. That would be nice. 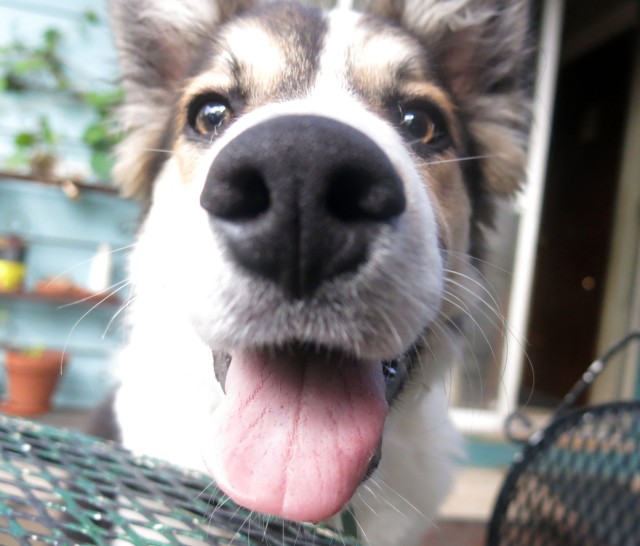 11 Responses to the pine cone chronicles