for whom the bedclothes

Greetings and salutations, everyone; yes, once again it it I, Mani the slightly small, though not entirely miniature, purebred border collie, filling in for the guy I live with, and here to bring you the latest news from our garden. You may remember me from such posts as “My New Toy”, among so many, many others.

Up until today the weather was pretty nice, and there were lots of crocuses in flower, but today it started to snow.

That’s me in the picture below, there, just being myself.

Here I am again. The lens did funny things, but not funny ha-ha, if you know what I mean.

The irises are growing pretty well. The ones he sowed seeds of earlier, that is. 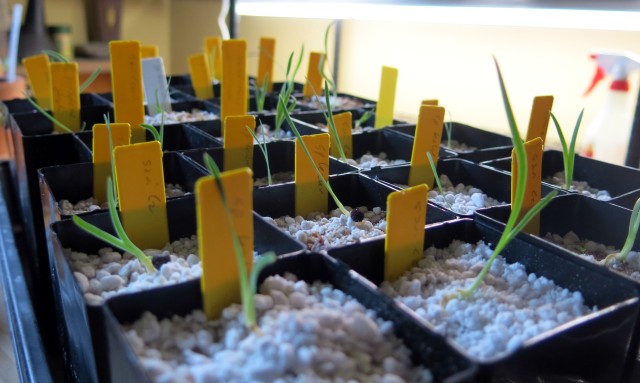 There was a snowdrop flowering today. You may think this is early, but it’s actually a month late. It’s an early-flowering one, but late. It’s name is….get this….Galanthus elwesii var. monostictus Hiemalis Group. No, seriously. “Hiemalis” is Latin for winter.

It snowed a lot more, and the guy I live with pretty much just sat here, though he did shovel, and I got to go on my walk, later. Here I am, on my walk.

Here’s a tree with some leaves that are still there.

I guess they don’t know they’re called “leaves”, huh. That’s purebred border collie subtle humor. Guess who I learned it from? Like when a couple of ducks flew right over our heads, and the guy I live with said “Duck!”, and then said that’s where their name came from.

I walked under the kind-of-scary, or possibly just eerie, willow, on the canal road.

We went down the creek path, while it was snowing. There weren’t any owls out tonight. You can see the path, right there. We made that all by ourselves. Most people walk on the path at the right, but it doesn’t lead to anything interesting.

This path leads under an even eerier willow. We didn’t go under it this time, though, because according to the guy I live with, I heard a strange noise, and wanted to turn around. I don’t think that’s what really happened. I think he was getting cold. 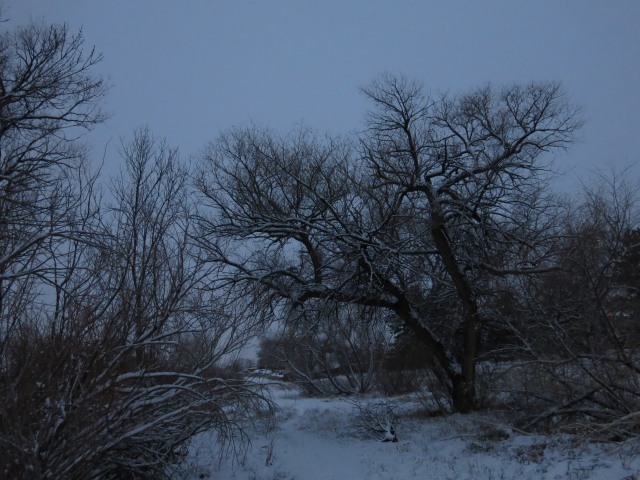 So that was pretty much my day. I did have an opportunity to spend some time on the bed, and that’s why the title of this post is so funny. The guy I live with put the sheets from Pottery Barn, the ones that the late Chess slept on and loved, back on the bed, and even though they were ultra-wrinkled, and clean, I enjoyed them a lot, too. You can see that I’m doing that, right here. 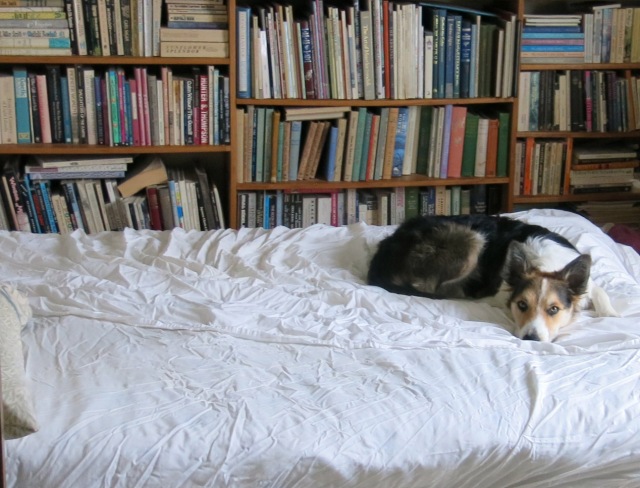 14 Responses to for whom the bedclothes