Greetings and salutations, everyone; yes, once again it is I, Mani the purebred border collie, filling in for the guy I live with, and here to bring you up to date on the latest news from our garden. You may remember me from such posts as “My First Halloween” (it’s about to be my second), among so many, many others.

I avoid the cactus, if you didn’t know, and the guy I live with says there might be fewer cactus here at this time next year. You know I mentioned that he goes through these phases, well, cactus represents one of them. “They get bugs”, he said, and that’s usually enough for him. These big, cactus-sucking bugs.

I know it’s been a while since I posted last, and that’s because kind of a lot has been going on here. There was the Rat Incident, for one thing. I saw a rat. Not in our yard, of course, but in a neighbor’s. It was eating bird seed that had dropped from the feeder. The neighbor knew about the rat and wasn’t happy about it, at all. I saw an expired rat on my walk, once, and that was pretty interesting.

And now the rat is gone. The guy I live with told me why, probably. He said he thought they came from the apartment complex to the north of us, and then when they tried to cross over the field more than once or twice, the owls would get them. Kind of scary and gross, if you ask me.

Leaves are still turning here. This is the cottonwood out in the field.

And there are things still flowering. This is Salvia greggii ‘Wild Thing’.

And Aster praealtus. (With a touch of powdery mildew. It was watered, as was the salvia.) 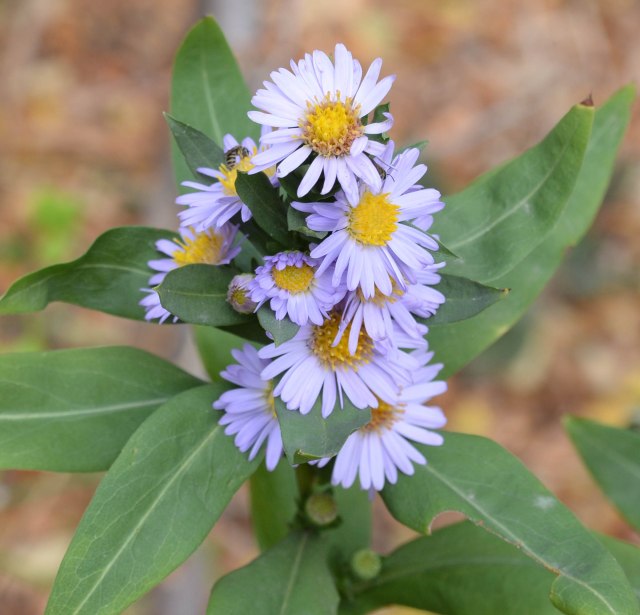 And, of course, crocuses. This is Crocus speciosus.

Crocus hadriaticus ‘Annabelle’, which he got just a few months ago.

Here you can see a couple of crocuses (Crocus niveus, the white in left center), “going over”, in the rock garden, with the green leaves of Sternbergia lutea.

All of these had to be watered to get them to flower. It’s been so dry here (well, zero inches of rain for October, I think) that watering was necessary. Usually with the watering can.

And there has been a lot of work going on. It’s been so exhausting to watch him work that I have had to lie down in between all the work going on here. And, yes, those are the same Pottery Barn sheets that Chess, the border collie who lived here before me, used to like to lie on. They are pretty soft. I need to point out that they’re not the softest ones you can get, so it isn’t like I’m spoiled or anything. 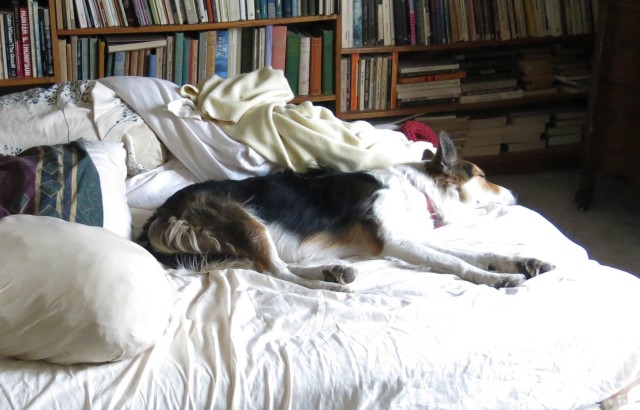 About the work, though. There’s this kind of work, 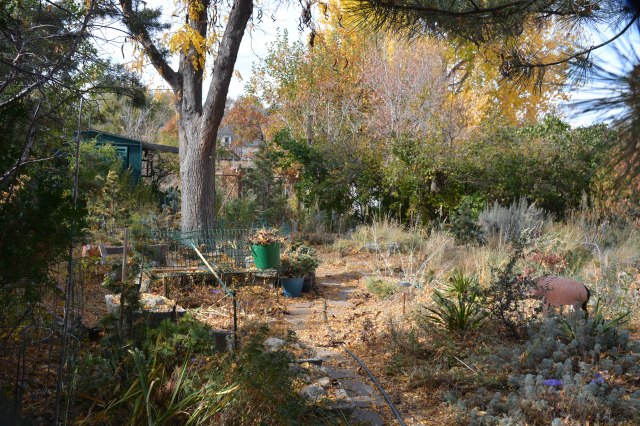 raking up the “ten billion” honey locust pods (in the bucket on the park bench), and saying stuff about them. The honey locust was here when the house was purchased. (It was the only thing here, believe it or not.)

And then there’s this. 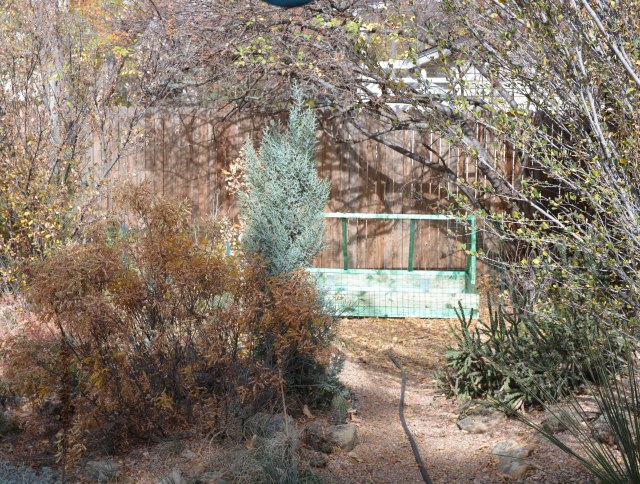 That’s the new bulb frame. It’s not finished yet. The guy I live with says he’ll be able to monitor “iffy” bulbs more closely this way, and maybe get them to increase so that some can go out into the garden. There’s screen at the bottom to keep rodents out, and the top will be screened, too. And covered with plastic when it gets cold.

A low fence was also built in the front yard, on the south side of the driveway, but I don’t have any pictures of that.

I guess that’s all for now. 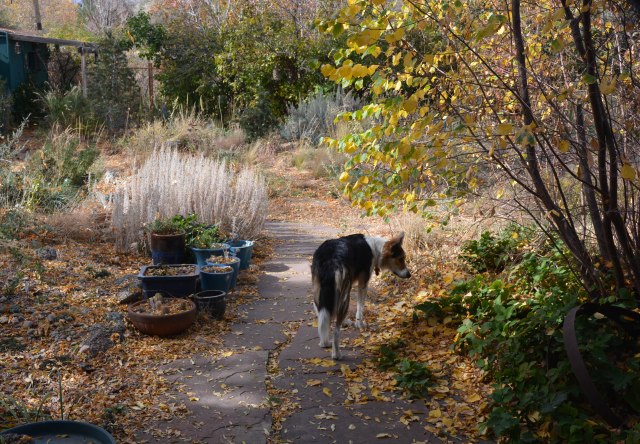 4 Responses to under construction