Greetings and salutations, everyone; yes, once again it is I, Mani the purebred border collie, filling in for the guy I live with, and here to bring you up-to-date on the latest news from our garden. You may remember me from such posts as “A Velociraptor’s Day”, among so many, many others.

Here I am in a characteristic pose. Yes, the old biscuit-on-the-head ploy. 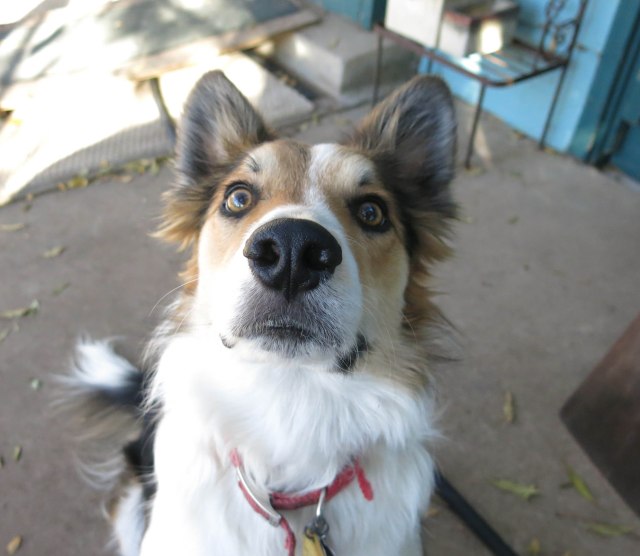 The guy I live with has been kind of distracted lately, which is why there hasn’t been any posting. But he thought I should bring you up to date, the way I often do.

It’s been super dry here. The autumn-flowering bulbs have had to be watered in order to get them to flower. 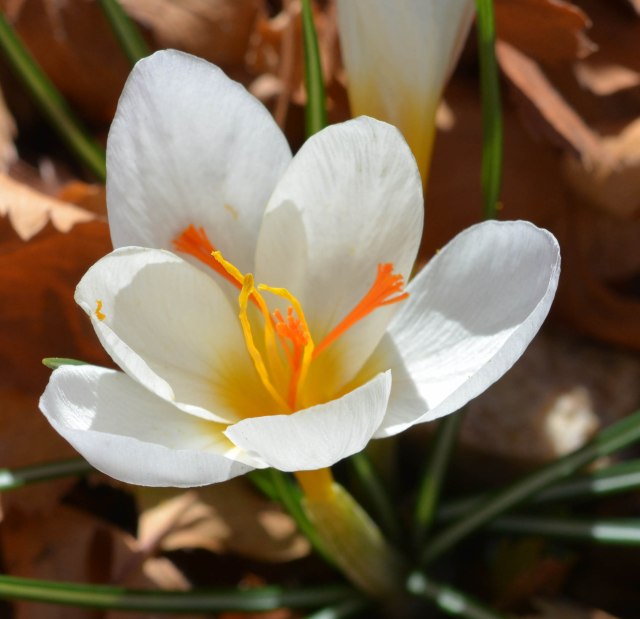 You can see how super dry the garden is. It’s like, crispy. I hear that this has happened before. 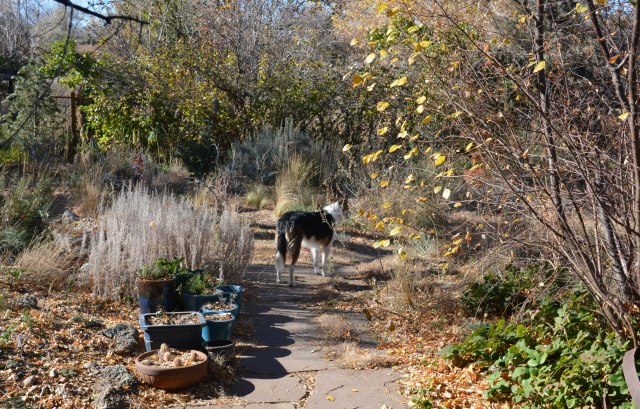 The big deal here is the finished bulb frame. I guess the front section needs a handle, so it can be lifted, but other than that, it’s done. When there are actually bulbs there it will have plastic over it for the winter. And the frame will be filled with sandy loam. There’s screen on the bottom to help deter rodents. It also needs some sheets of styrofoam glued against the inside of the frame, but I guess that can wait.

It was a lot of fun to watch him build it, measuring and sawing and things like that. He used a Japanese hand saw to cut the wood. He said it was funny, when he went to get the hardware cloth, that when he was asking where it was, no one knew what “hardware cloth” was, but now they do. It’s attached with poultry netting staples, so there was a lot of hammering. For once, he said, the staples were the only thing that was hit with the hammer.

It might be a “seed frame” before it’s a bulb frame, with pots of seeds put in there for the winter, but then again, it might not.

I didn’t really have all that much to say, today, because not much has been going on besides this.  I did get to see an owl, in the tree, and that was pretty interesting. You can see it was pretty sleepy. It did watch me, though, before it went to sleep.

So that’s it, for today. (That’s the bulb frame, in the left corner.)

8 Responses to the finished project