Greetings and salutations, everyone; yes, once again it is I, Mani the purebred border collie, filling in for the guy I live with, and here to bring you up to date on the latest news from our garden. You may remember me from such posts as “Still Not Much Happening”, among so many, many others. 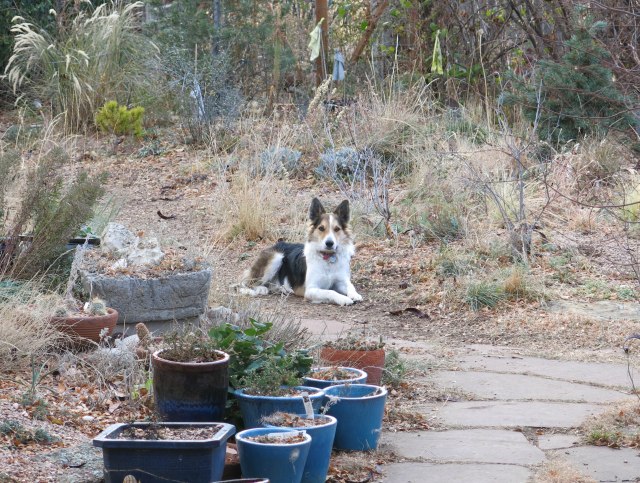 I guess you can see that there are still locust pods in the garden. In fact there are pods everywhere, just not so many here. The guy I live with is very tired of raking up pods.

Nothing has been happening here, except for pod-raking. Oh, squirrels have been chewing holes in the pumpkins, to get at the seeds. 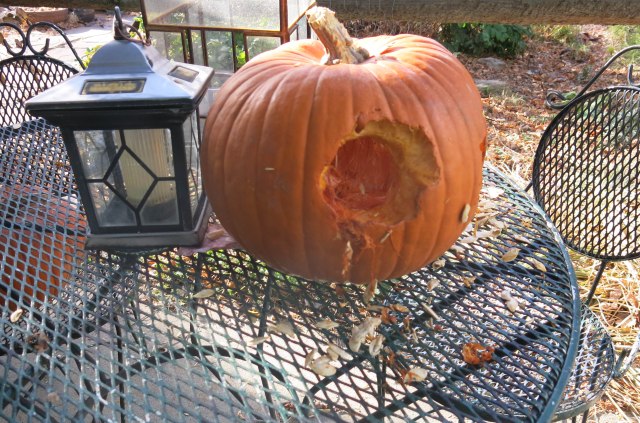 And iris seeds are being soaked. This isn’t something I find hugely interesting. The guy I live with gets iris seeds from friends, and he germinates them, grows them into little plants, and gives the plants back to the person who gave him the seeds. It’s just a thing he does. Sometimes he gives the little irises to Denver Botanic Gardens, too.

There was a funny thing about the salt shakers. He got these from Amazon, and later got a request to review them. They aren’t used for salt, so his review might have been completely weird. They didn’t get reviewed. They’re salt shakers.

I stand out in the garden, sometimes. I figure you probably knew this, but I just wanted to make my post a little longer.

The guy I live with says that we’re entering “the bleak season” now. There are some snowdrops flowering, but other than that, things just stay like they are, for a couple of months. It might snow, and then again it might not.

This is pretty much how it will look here, if it doesn’t snow, until next year.

Maybe it isn’t so bleak after all, but of course I always follow what they guy I live with says, and if he says this is bleak, he must be right.

I don’t have much of anything else to say. We saw a big hawk on our walk yesterday evening, but no one had a camera, so you’ll just have to imagine it. There was Thanksgiving, but I stayed home while the guy I live with went to eat turkey with his friend and her mom. I don’t particularly care for turkey, so it worked out okay. He wasn’t gone very long, anyway.

There is one thing the guy I live with said to mention. This is now about his favorite book. Naturally, it’s for kids about five years old, and I’m not going to say what I thought when I learned that, but I hear it really is a wonderful book for little kids who have dogs. 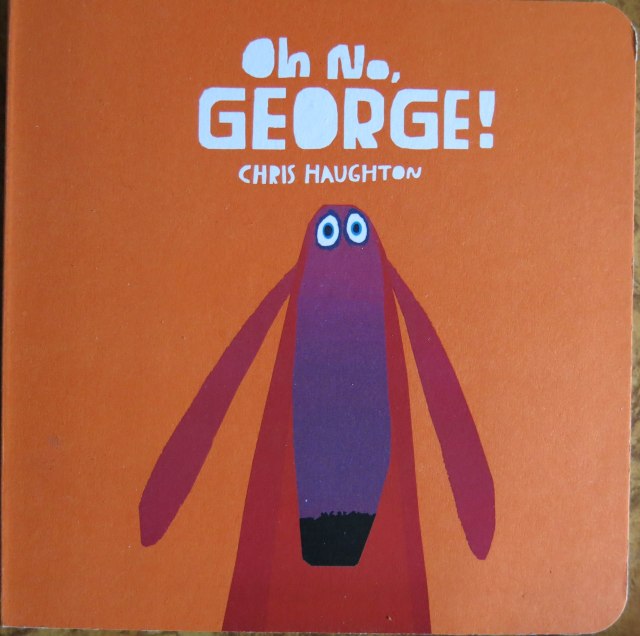 The guy I live with gave it to a few neighbors who have little kids and dogs. Just to be friendly and stuff.

It’s about a dog named George, if you couldn’t tell.

That really is all I have, for now. The guy I live with applied for renewal of his seed importing permit, and got that, but still has to get the labels that go along with that, and when he does, I might talk about that some more. There are things to say about it. Some possibly interesting. Or possibly not. 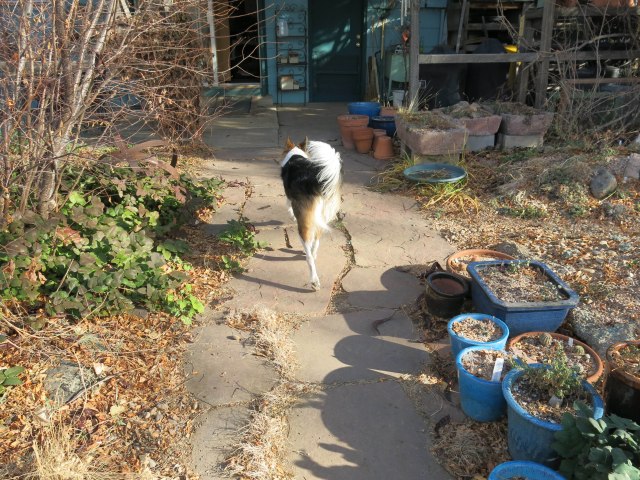 16 Responses to the bleak season