Greetings and salutations, everyone; yes, once again it is I, Mani the purebred border collie, filling in for the guy I live with (which is pretty strange, since I didn’t even go to Oregon), and here to bring you some more pictures. You may remember me from such posts as “We-Are-From-France”, among so many, many others.

Here I am in a characteristic pose. Not hugely in focus, of course. 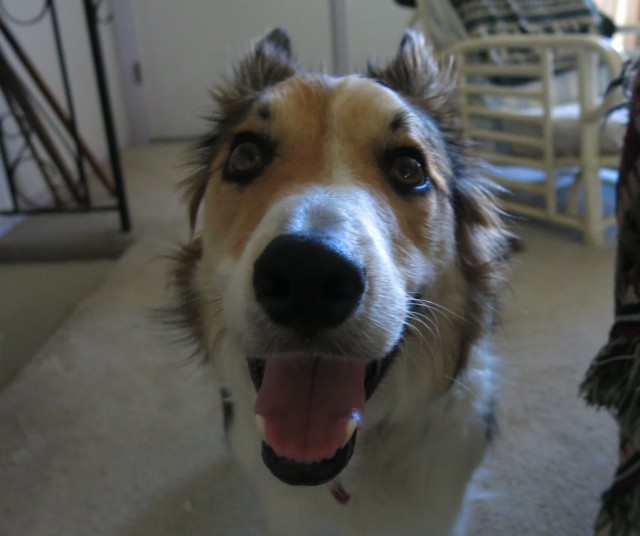 I suppose not being in focus is like a metaphor, or something. Not for me, of course.

This is a picture of a cistus, taken at Joy Creek Nursery, where most of the pictures didn’t come out as well as he would have liked. He’s ordered from them for years, so maybe he’ll be forgiven. 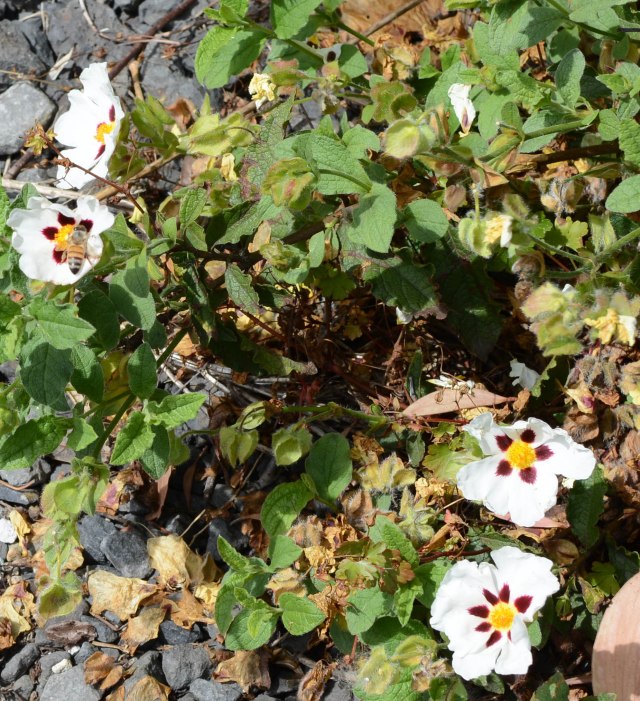 It is a clever way to introduced the pictures for today, don’t you think?

This is the driveway at Cistus Nursery. The nursery is on an island in the middle of the Columbia River. A big, flat, green island with a lot of plant nurseries.

The eucalyptus should have been a clue. 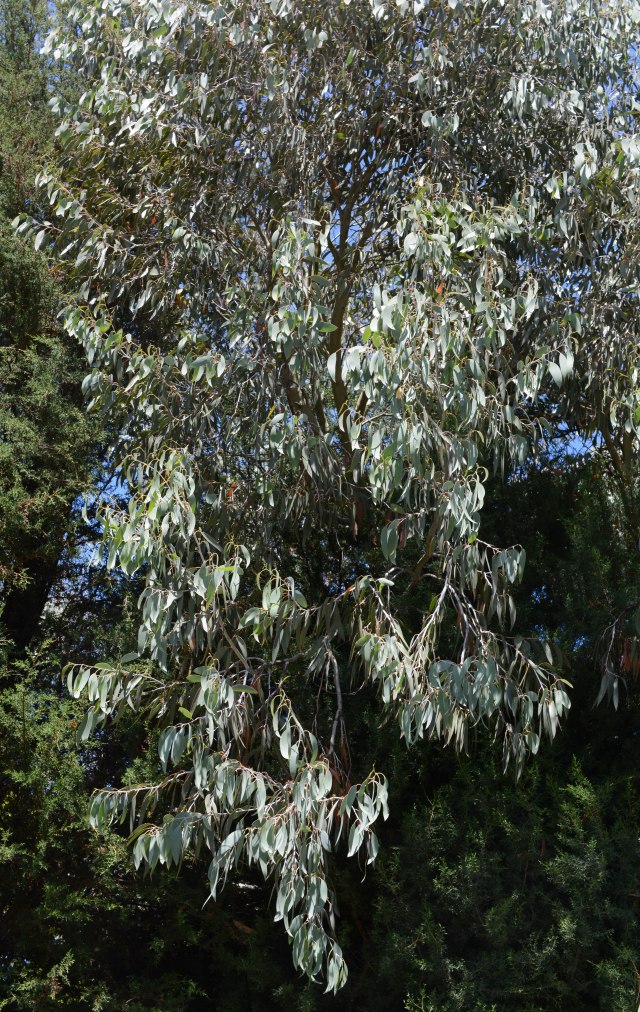 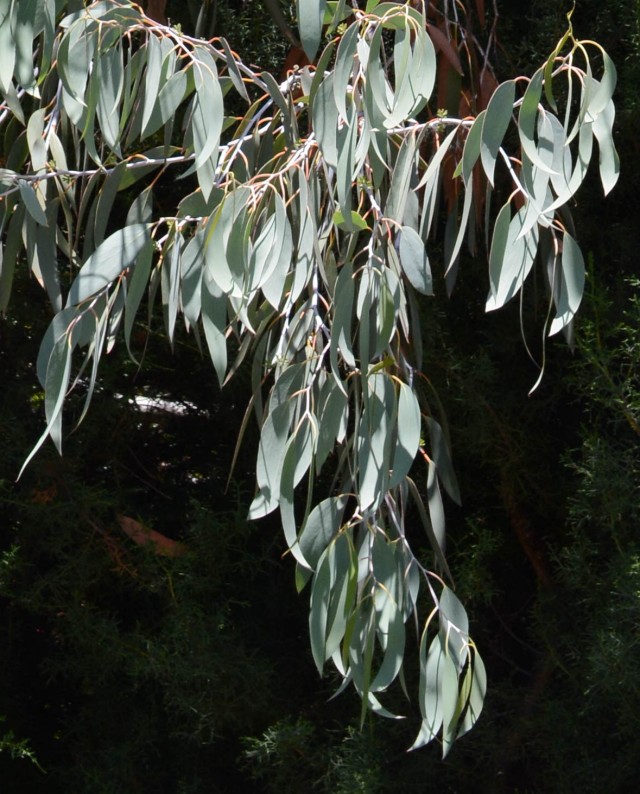 And the California buckeye, again.

Manzanitas. These particular ones are “hopeless” here, though we do have manzanitas in the front yard. 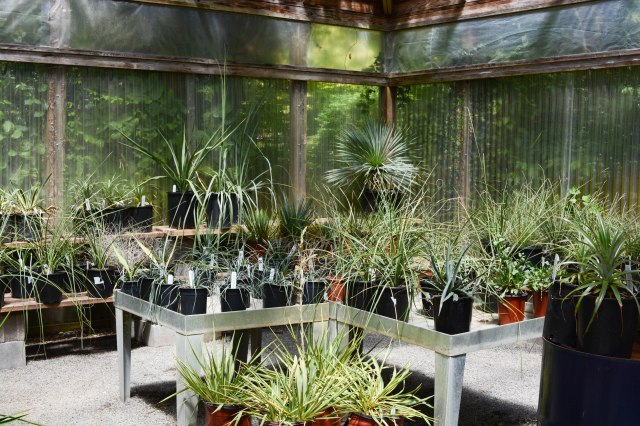 A ceanothus, again. There were a lot of them in the nursery. The guy I live with said he wanted them all, but that none would grow here.

The “Killarney strawberry tree”, Arbutus unedo. It has flowers (not yet, though) and fruit at the same time.

Leaves of Catalina ironwood, Lyonothamnus floribundus. The guy I live with always heard about Catalina when he was growing up, and the glass-bottomed boat, which sounds very scary, but he never went there. 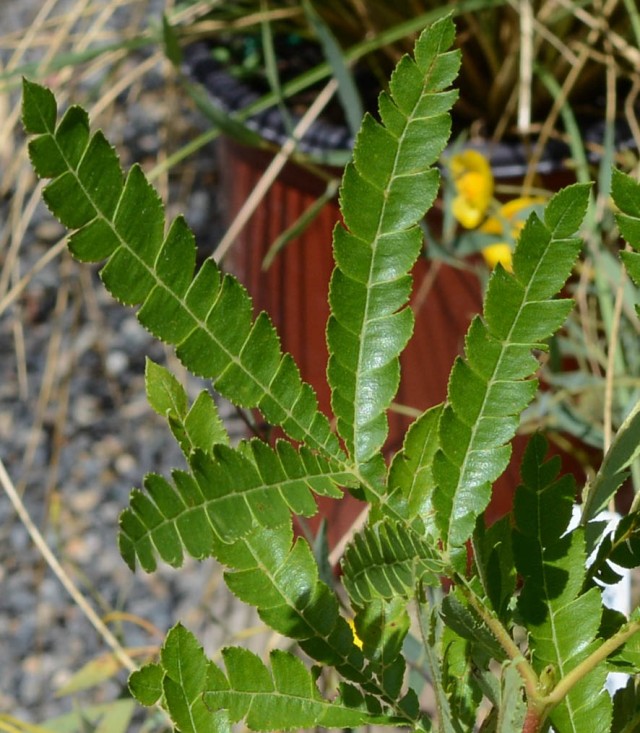 That’s all the pictures. The guy I live with said he was so overwhelmed by the nursery that he forgot to take a lot of individual plant pictures. “Maybe next time”, he said. He did get a couple of oaks, which are being shipped here.

There really hasn’t been much going on here today, because it’s been too hot for me. Right now it’s eighty-six degrees Fahrenheit (thirty Celsius) and fifteen percent humidity. “A bit muggy” he said, which I know is an exaggeration.

I hope you enjoyed the pictures. I think they would have all been better with me in them, but, whatever, huh.

When it’s this hot, here’s what I do. These are very soft Pottery Barn sheets, and even though I know they’re not the most expensive ones, I really do like them.

17 Responses to mostly pictures, this time