Greetings and salutations everyone; yes, once again it is I, Mani the purebred border collie, and here to bring you a pretty much completely weather-related post. You may remember me from such weather-related posts as “Monsooner Or Later”, among so many, many others.

Here I am in a characteristic pose. On the morning of a day like any other day. 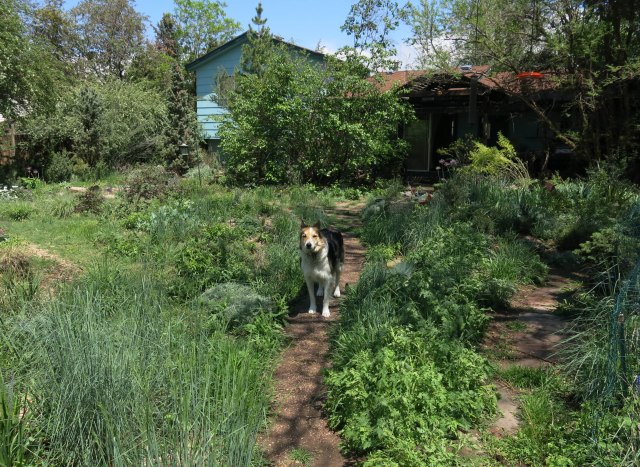 Things started out pretty regular. They usually do around here.

However, the guy I live with already knew, from looking at the forecast last night, that there was a fifty percent chance of storms bringing golf ball-sized hail, and he said he was really against that. Totally opposed to it, in fact.

The clouds began to move in, from the southwest, in the morning. This is looking sort of in the direction of Tucson.

Some construction in the neighborhood had awakened both of us early, so after our morning walk, we both took a nap. Around noon the guy I live with woke up with a start because he thought he heard sirens, but it was something else. Just a noise. He looked at the weather site and there was no mention of golf balls any more, but it did start to rain.

I decided to go to my upstairs fort, because there was a lot of thunder at first.

Then it changed a bit. You can see the hail falling, and getting larger, too. But not very large, fortunately. 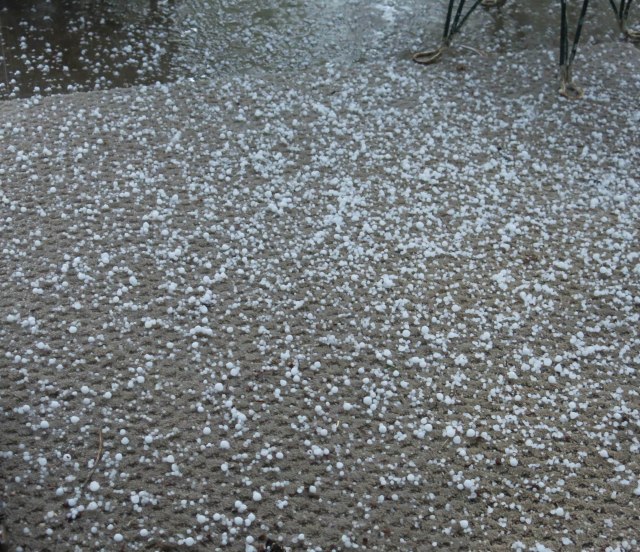 At least we discovered where the lowest point in the garden is. The soil here is creek bottom loam, mostly decomposed sandstone.

When the rain and hail stopped, the sun came out, and I was able to survey my domain again. 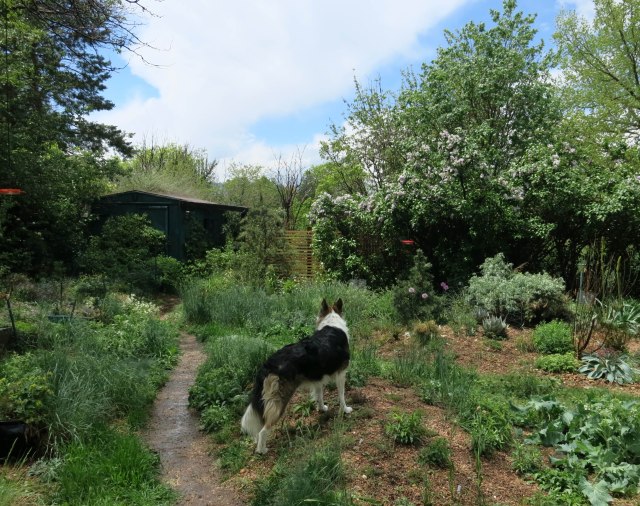 A little while later the guy I live with walked out to see if the creek was flooding. It wasn’t. That seemed kind of odd. Then after an hour or so he actually saw the flood coming, though it wasn’t a really serious huge flood like has happened here.

We went out to look.

The guy I live with wouldn’t let me go in the water. He said I might get swept away, and that would make him very unhappy. Of course he would have tried to rescue me. The water smelled kind of weird, too.

We went back to look at the water in the culvert, where the creek goes under the canal. (You can see the culvert for the canal right at the top of the picture; the canal itself is on the far right.) 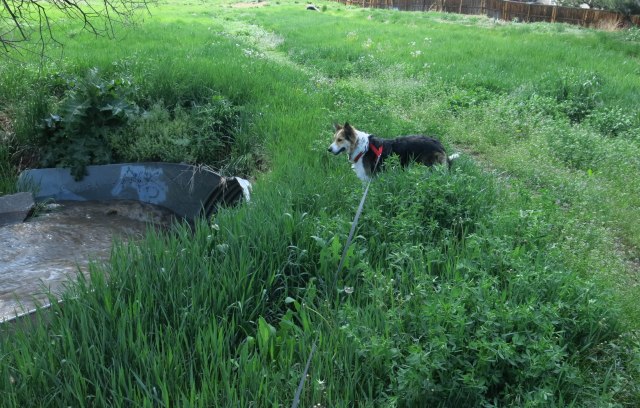 Then we went to walk down the canal road a bit. 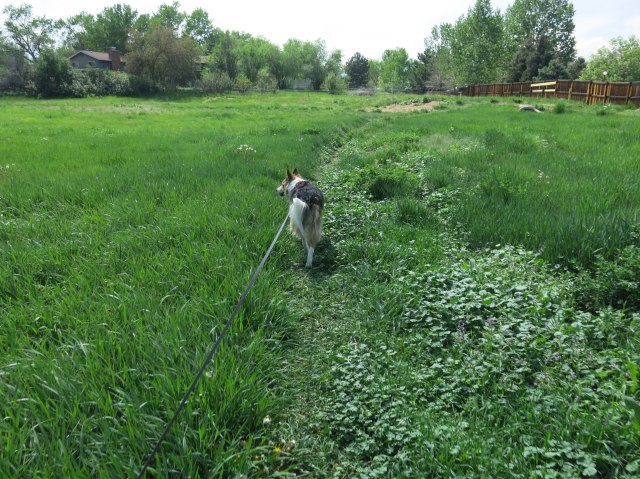 This is where the creek goes under the canal and the canal road. 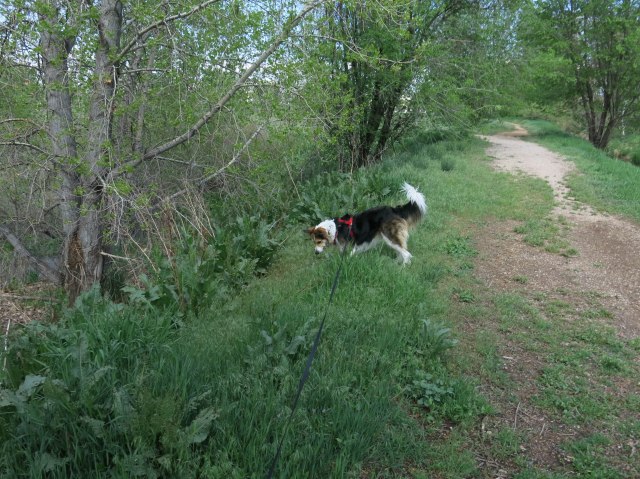 I actually got to go on three walks today. The flood-checking walk was just a short one. On the evening walk, the canal water was red, like Red Rocks which is pretty close. The guy I live with said it looked like red miso. 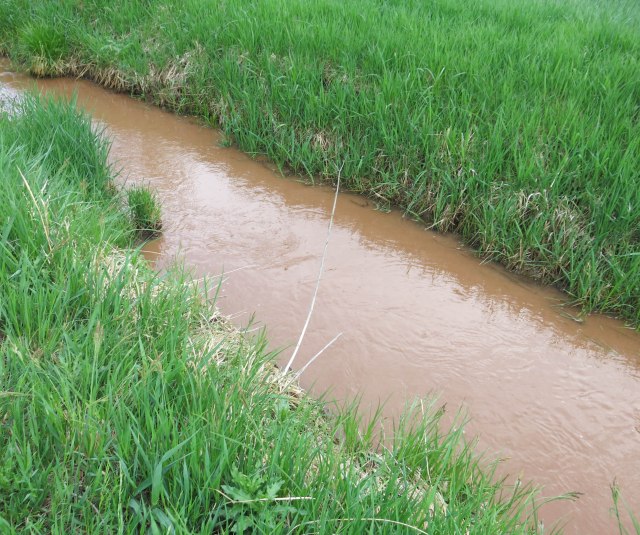 It could have turned out to be a much scarier day. It could still thunder more, later this evening or tonight. I’ll leave you with a picture of me, taken the other day, walking through a whole bunch of Scotch thistles. We don’t go this way very often and aren’t going to again until winter time, because the thistles are really unpleasant and stabby, but the guy I live with said it was kind of a metaphor for the day today.

20 Responses to film at eleven