Greetings and salutations, everyone; yes, once again it is I, your popular host, here today to talk about how boring things are. You may remember me from such posts as “Chasing Hawks”, among so many, many others. 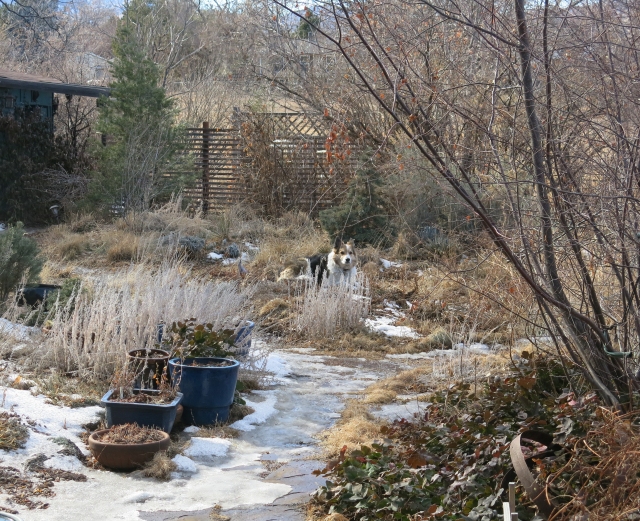 I think you might be able to tell that it was a pretty nice day today. The ice you see on the path has mostly melted.

The indoor plants that are being propagated are doing okay, I guess, because I haven’t heard any loud moaning and groaning.
The cactus are growing very slowly, the way they do. 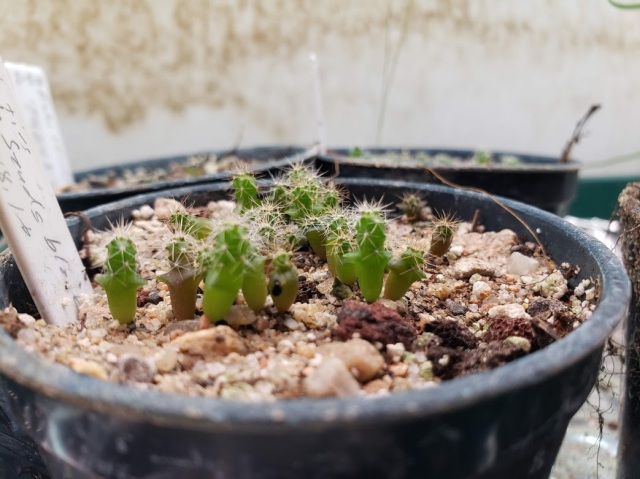 The sea daffodils (Pancratium maritimum) are doing quite well. 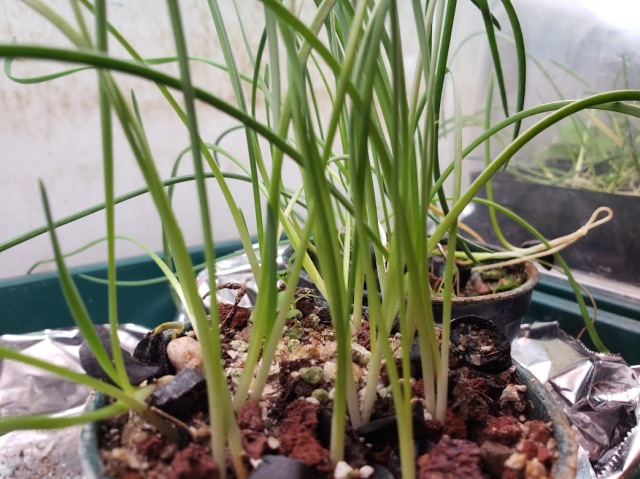 And the manzanitas may have rooted. The guy I live with tugged ultra-gently on them, and only the one on the right came out of the pot. 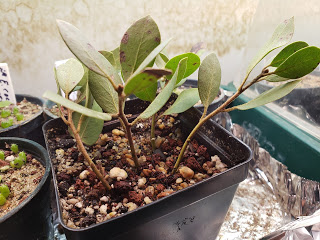 Those strange patterns you see on the drywall behind are from when there was a lot of misting going on, years ago. (Misting with a plastic spray bottle.)

Oh, this is interesting. To me, anyway. The other day, on one of my walks, the guy I live with noticed some tracks in the snow, which at first he thought were made by a cat, but the tracks went on and on. He said that if we saw the tracks stop, and then appear on the other side of a fence (all of the back yard fences here are chain link, because the field we walk in is a floodplain, and there can’t be wooden fences), that it would almost certainly be a cat, but also that cats usually don’t walk for hundreds of feet in the snow.
But instead, the tracks went all the way down the coyote path, and then into the field, and down to the canal. So the guy I live with said it might have been a fox.
I’ve never seen a fox. And now I’d like to.

So, anyway, probably like a large number of other people on the planet, the guy I live with is really tired of all this isolation.
It isn’t as though he would be going out every day, but a visitor or two would be nice. (After everyone is vaccinated, of course.)
I can tell that it’s becoming a bit much. The isolation, combined with the smell from next door (I get worried when he gets sick from the smell), and the constant snow (it’s supposed to snow again day after tomorrow) are getting to him, but he just keeps going.

He’s become used to his reading glasses now and is doing a lot more reading than he had for years.
Last weekend, we had Opera Day, like Chess, the purebred border collie who lived here before me, used to enjoy so much. (It mostly involves napping, so it’s totally excellent.)

And, you know, there are snowdrops. Like the picture in the “header”. There are a lot of them. Some of the flowers were damaged by the cold, weekend before last, and maybe the display won’t be as good as in previous years, but the snowdrops seem unfazed by the very cold temperatures. (The soil doesn’t freeze in this part of the garden, by the way.) 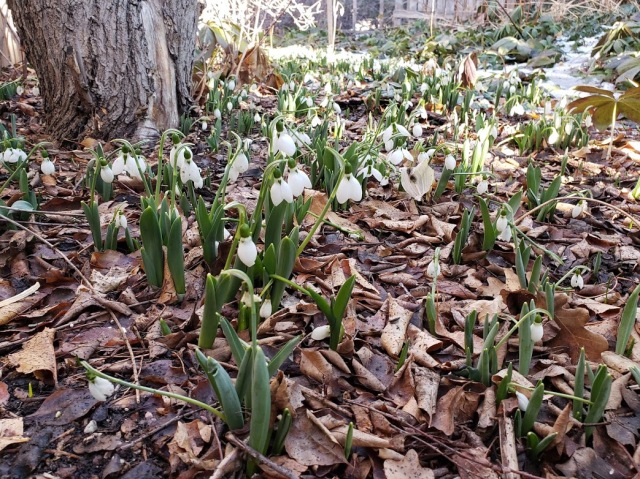 Just today, there was one crocus. Crocus versicolor, if you wanted to know. 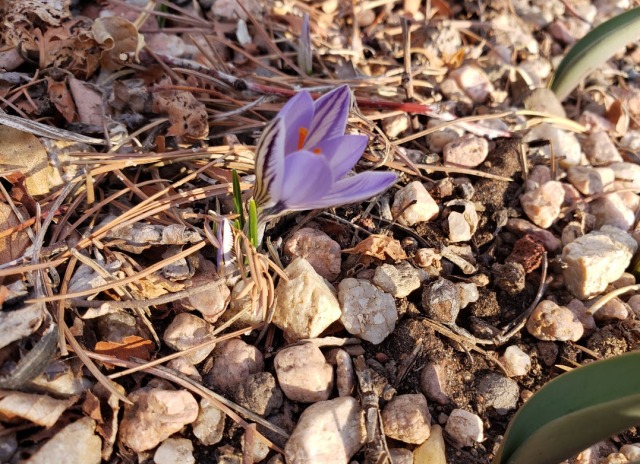 There was a bee visiting, but it flew away before it could get its picture taken.

Well, that’s all I have for today. 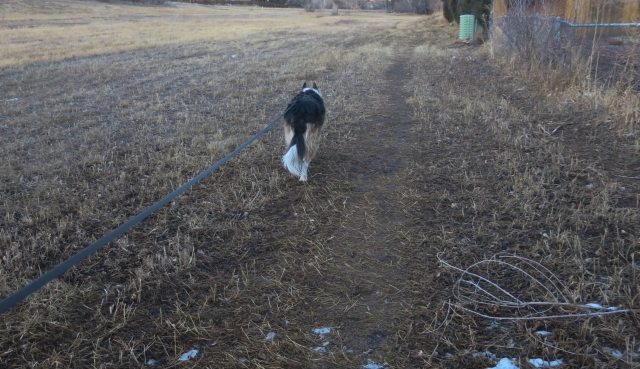