A few years ago some well-known horticulturists visited the garden and, looking at an obviously dead plant, tried to say encouraging things about it. Like, it was dead but it might come back. When plants die, they don’t magically come back. They’re dead, and doing things like continuing to water them, even with your tears, or fertilizing them, will have no effect on them.

Aside from the prospect of having undead plants rising from the garden at midnight, which does have a certain ring to it, the truth is that no one in the world knows more about dead plants than I do. I offer an example to prove it.

This is dead. Completely, totally, utterly dead. It might look alive, but it isn’t.

It’s so dead that the chances of it ever coming back are zero.

One way to tell that it’s dead (I mean, other than the fact that it’s in my garden, and that it’s dead) is to bend the little twigs. If they’re dry and snap right off, that’s a sign that the plant is dead.

Another way is to compare it with another of the same plant, purchased at the same time. 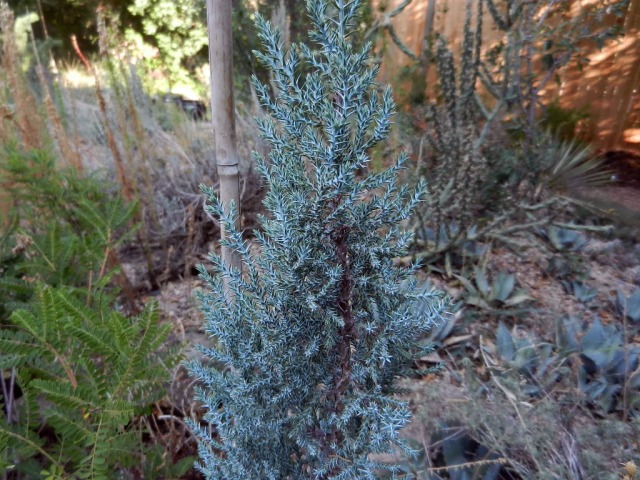 Side by side, the differences are more obvious. 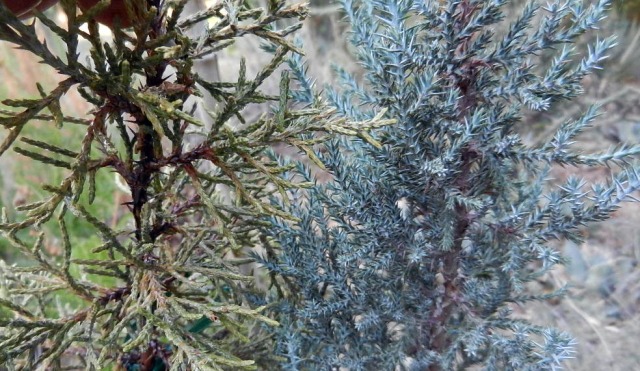 This was a very nice extra-blue form of Juniperus monosperma that I picked up for a song at a nursery-closing sale. I planted the live one in the place in which it’s growing now, and the dead one, which was alive when I planted it, of course, in another place. Then I moved it. That place didn’t seem right so I moved it again. It was going to get too big in that spot, so I moved it again. It died almost at once.

And is still dead.

idle
View all posts by paridevita →
This entry was posted in Uncategorized and tagged dead plants, Juniperus monosperma. Bookmark the permalink.

2 Responses to dead or alive?