Posted on February 6, 2013 by paridevita

Hi, it’s me again, Chess, the dog. You may remember me from such excellent posts as “trials and tribulations” and all the rest that were about me. Here I am filling in for the guy I live with. He’s sick, which I know since I heard him on the phone, telling his sister where to find his Last Will and Testament, in case he doesn’t make it. I’m in the will (I have health insurance too), but I hope he does make it, since he makes me really healthy meals, lets me sleep in bed under the covers, and takes me on walks even when he’s sick. 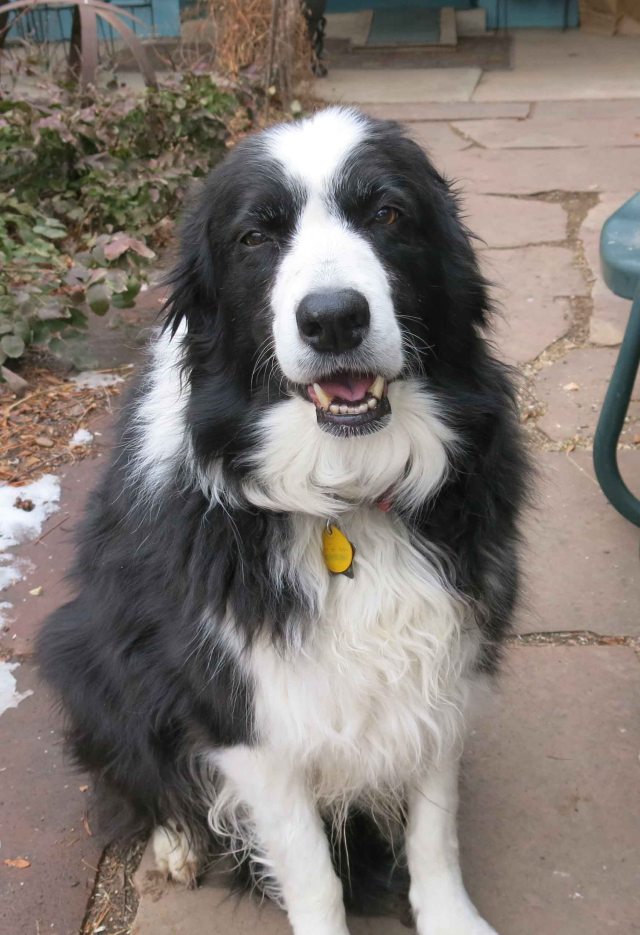 He has a cold. Judging from all the moaning and sniffling and general complaining, it must be really bad. He went to Timberline today which I thought was rather ill-advised for a person on their last legs, but he said that’s what gardeners do when they know the end is near. They go to nurseries.

He went into the agave greenhouse and took some pictures. I know he did this before, but he did it again. He says if something is worth doing once, it’s worth doing twice. 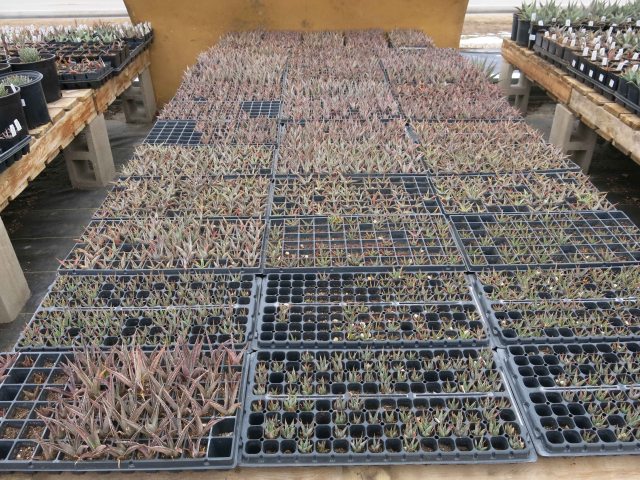 Then…this is funny ….he took some videos of the stock plants–cactus–and it turns out he filmed too fast and spent a couple of hours slowing down the videos and they still show up really fast. He uploaded them to several websites and that didn’t work either. I told him to use Quick Time, which he finally did, and they’re still too fast. Blame it on excitement. He’ll get it right eventually. That funny voice is his, with a cold.

This one is a little faster.

This one is way too fast. He was getting excited, I bet.

And by the way, you can get plants by mail at Cold Hardy Cactus.

The guy I live with has been talking about moving to a place called “Arizona”. I looked that up and it gets really hot there. I like the weather we have here, except for thunderstorms, which are scary, but then I get cuddled, which is nice. The place he looked at cost about $25,000 and has no air conditioning. I would roast. I’m not even sure it had indoor plumbing. I’m used to going outside, but I don’t think he is. I think I talked him out of this foolishness.

The other weird thing that’s been happening is that he has snowdrops in bloom but he’s still whining. I won’t post any snowdrop pictures because they look just like the other pictures that were posted a while back. They’re white. Big surprise.

The guy I live with also had crocuses blooming but was too busy whining about other stuff even to notice. Some of the whining I get, but most of it is just pointless. He whines about how there are all these empty spaces now and the garden looks so bare. Like this one.

Well, the reason why this empty space is empty is because he took all the plants out of it. That’s how he gets these empty spaces. I keep telling him this, but it has no effect. He said “Look, I’ve created an empty space”, and then later wonders why it looks bare.

But this is a big deal and I know he’s noticed this, because he was pounding his chest and strutting around the back yard. It was embarrassing. The oncocyclus iris are up. 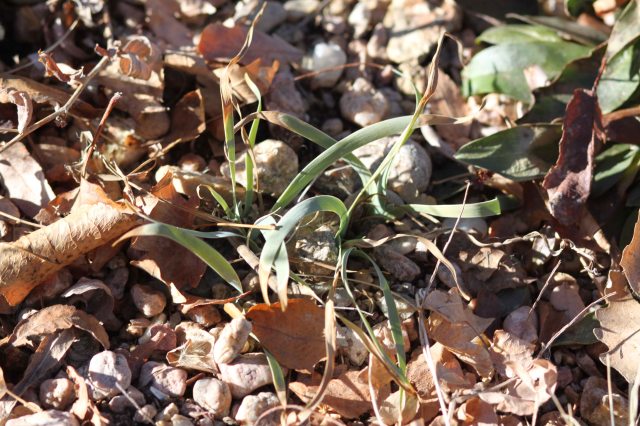 This is Iris paradoxa. And now it’s raining, and the guy I live with says everything is going to die. Again. This is the second of three winter rains he remembers since 1961, so maybe the end really is near.

Oh, and one other thing. I know this has been pretty disjointed, but I’m a border collie, not Dashiell Hammett. There’s going to be an exhibit of my mommy’s watercolors at “the Hunt” which is an even bigger deal than any iris that might get wet and die.

That’s all for now.

13 Responses to under the weather