it must be spring

Instead of waking up to the predicted snow, it rained. A whole tenth of an inch. But the fact that it didn’t snow, for once, is a sign of spring.

Another sign is that the water in the canal is flowing again.  It comes from Turkey Creek and flows east to some unknown destination.

And a third sign, one which involves a slight bit of embarrassment, is that the rock garden plants have suddenly come to life; it is quite possible that I forgot to reset the min-max thermometer last January and the -3 I thought I saw just a while ago was because the pin got stuck. Whatever. Even though many things are a month or more late, they’re alive, and that’s good. The only plants in bloom so far are bulbs.

Cyclamen coum is blooming all over the rock garden, in various shades of pink. All of these were sowed by ants, from the original plant. 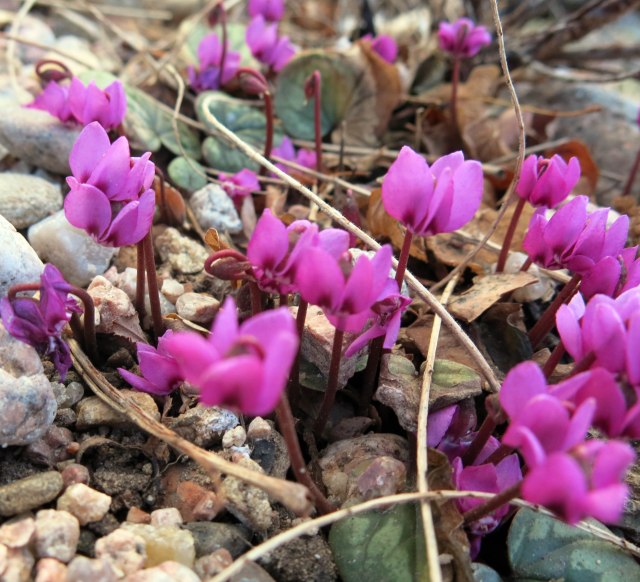 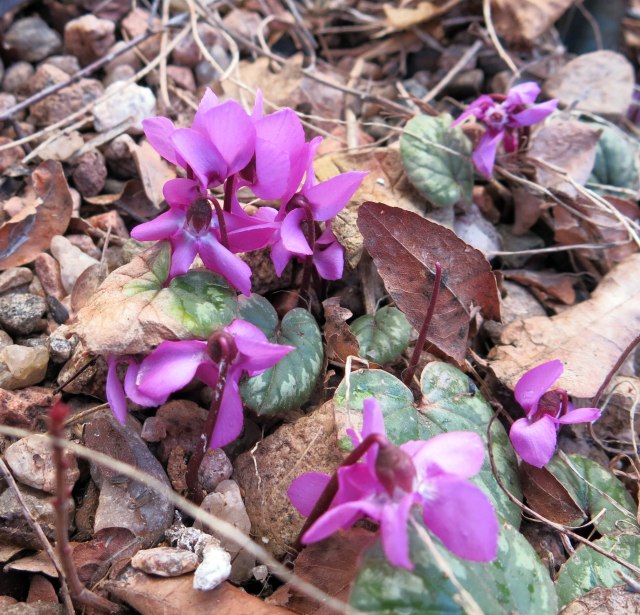 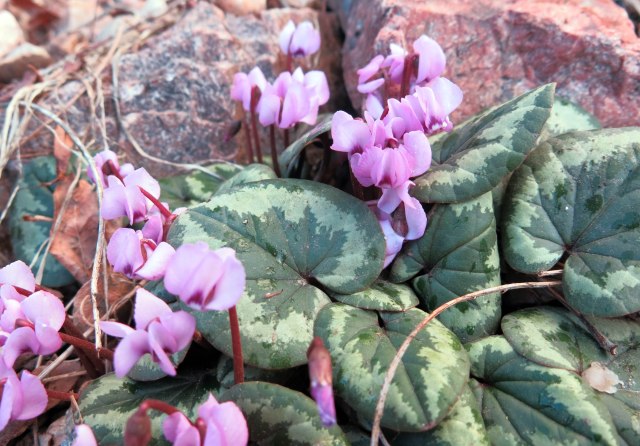 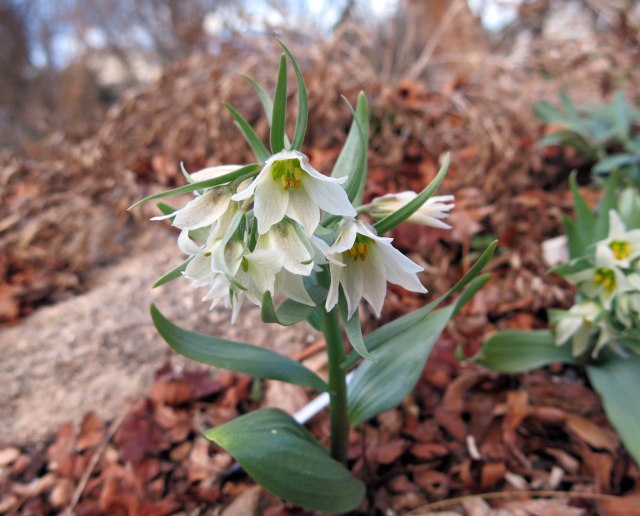 And some corydalis. The native Corydalis aurea appeared here one year, and has been self sowing around the garden, though not as much as I would like. It’s not in bloom yet, but these are: 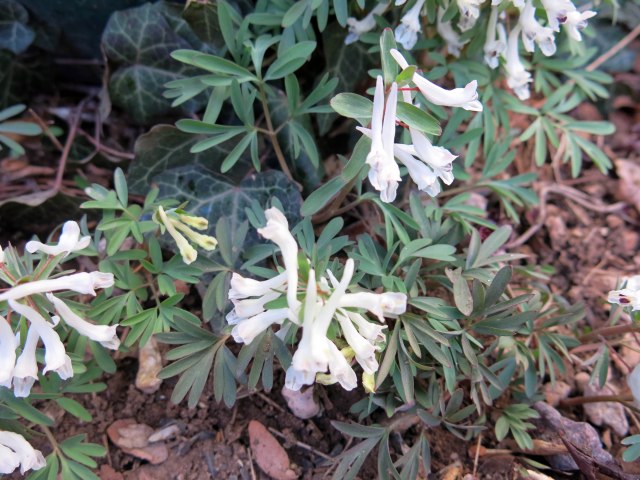 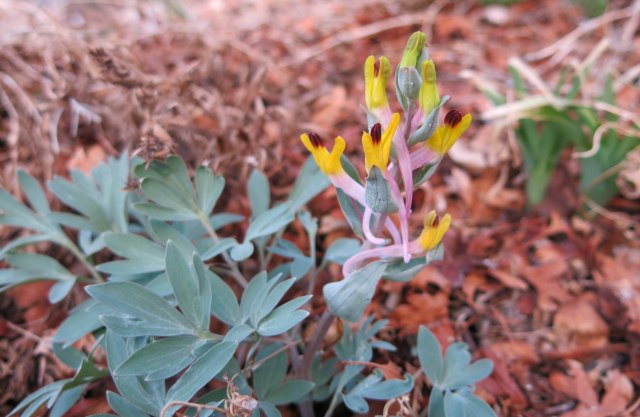 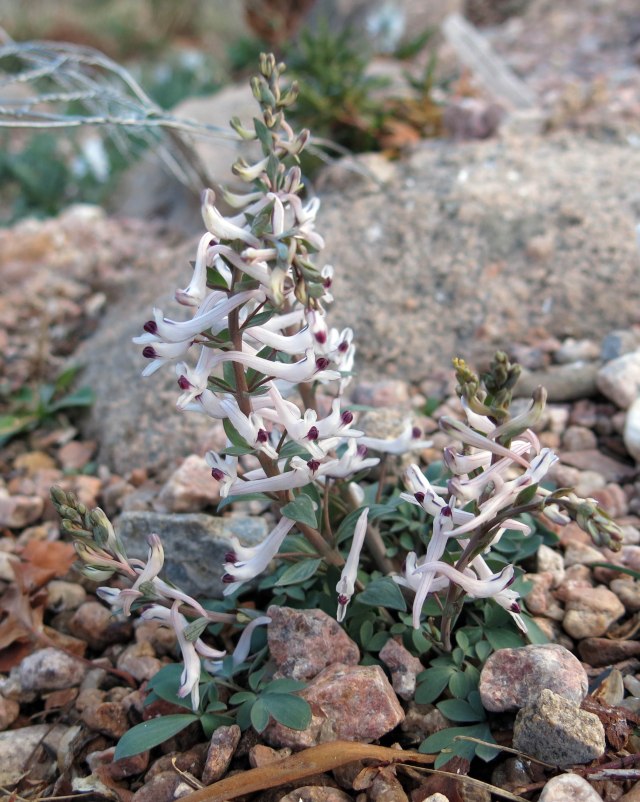 10 Responses to it must be spring