Hello everyone; yes, once again it is I, Chess the purebred border collie, filling in for the guy I live with, and here to bring you the latest news from our garden. You may remember me from such posts as “The Dog Days” and “One Thing Follows Another”, among so many, many others.

Something really weird happened today, though actually it started yesterday, and considering that weird things happen here all the time, this was one of the weirder ones.

When we started our afternoon walk yesterday, we were both startled by a female duck flying up out of the manzanitas right by the front walk. You know, ducks. We have them here. 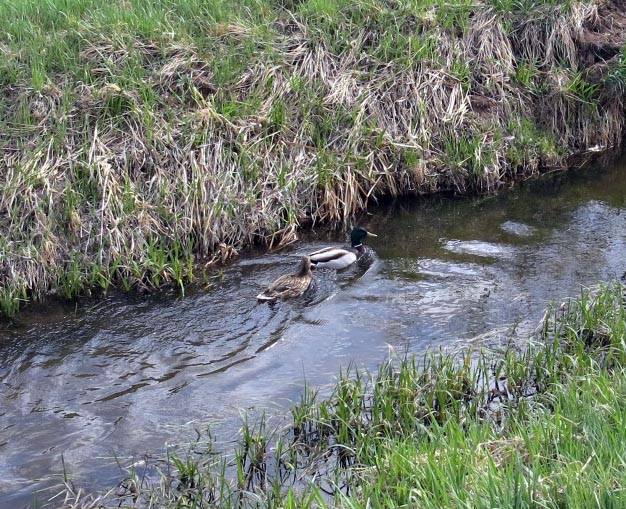 It happened again this morning, and the duck stood in the street as though wondering what was going on. That made three of us. Then the guy I live with peeked into the manzanitas and found something rather interesting.

The guy I live with said that manzanita didn’t have another common name, you know, like eggplant, and there was only the one that he could see, when there are supposed to be more, in what’s called a “clutch”, and so, well, we don’t really know what’s going on here. The duck didn’t come back later.

So it was pretty weird.

We pretended that it was a normal day after that. It was really windy for part of the day, as maybe you can see here. I startled the ducks when we walked down the canal, because I’m great for startling things. Yesterday, when the guy I live with thought about bringing his camera and then of course didn’t, it was a great blue heron, fishing in the canal.

The guy I live with did some weeding out in the back yard. He did that for a couple of hours. I think he likes to weed, which is a good thing, because there are a lot of weeds this year. So he’ll have something to do besides just mope. I watched. 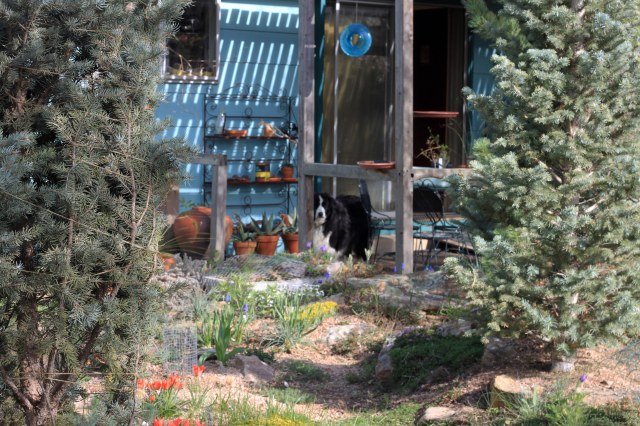 In the picture above, you can see that the fastigiate blue spruce, on the left, is still tied up, just in case it snows again. Wet, heavy snow can bend down the branches and spoil the upright look. The conifer on the right is Abies lasiocarpa. Subalpine fir, they call it.

Here are more of the obligatory plant pictures.

Penstemon arenicola again, this time taken with the DSLR. The guy I live with discovered that there’s a close-up feature on the camera. Of course, if he had read the instructions …but what am I saying? 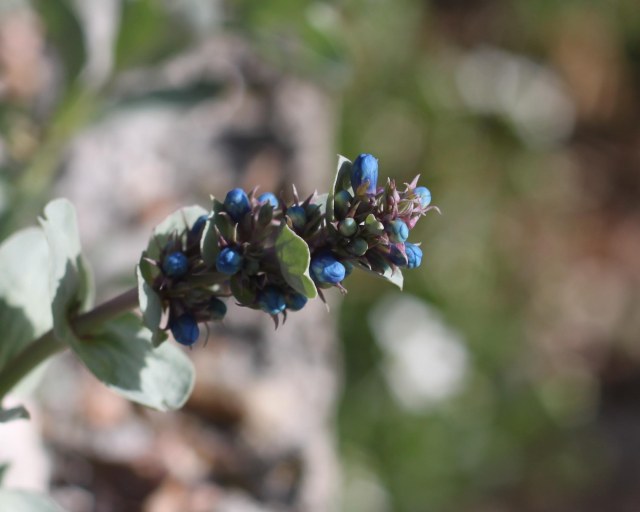 And Iris lycotis again. It still hasn’t unfurled its standards completely, probably because it’s been so windy. 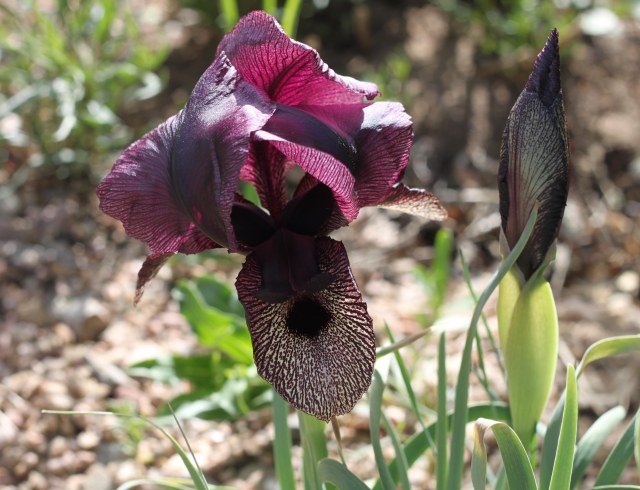 Another plant, not as far along, photographed from above. 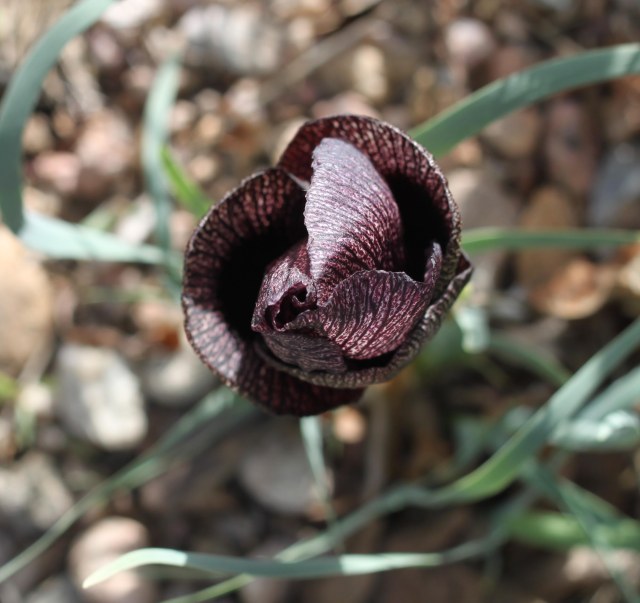 And Iris paradoxa. Paradoxa because the falls are greatly reduced, as you can see.

Balsamorhiza sericea. This doesn’t look like much of a big deal, but the guy I live with said it took fifteen years from seed to flower. Flowering for the first time ever this year. I’m surprised at how patient he is. There’s some crocus foliage there too. 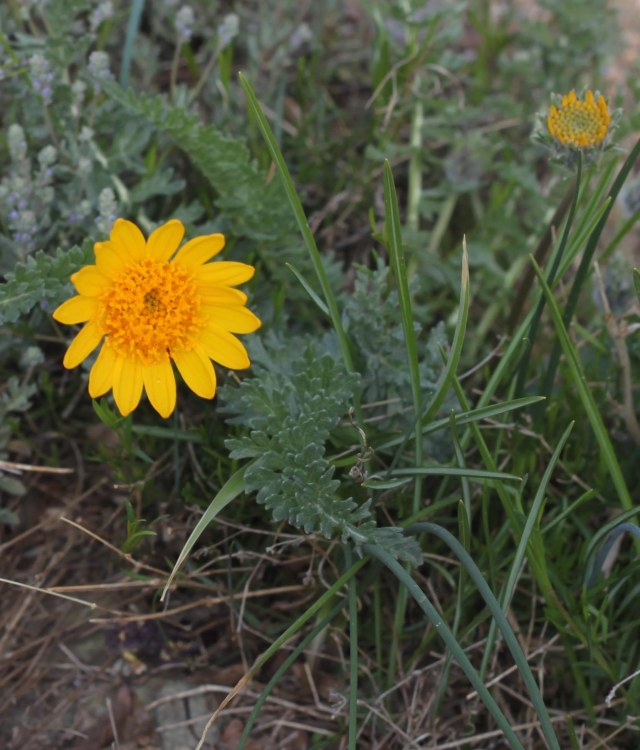 I don’t know what happened with the duck, and so it’ll just have to be one of those weird things we never talk about. Unless the subject of ducks comes up again, which it rarely does. The guy I live with doesn’t really think duck is all that edible, anyway. “About as edible as pigeon or deflated basketball”, he told me after we saw the ducks. That’s one area in which we greatly differ. He says most meat doesn’t taste like much unless you add stuff to it, but I think it’s almost all excellent just as it is. Except the one time my mommy gave my some canned venison, which I spat out on the kitchen floor. My buddy Slipper took care of it.

That’s really all there is today. Tomorrow is the first of May, not really a happy month for either of us, but we’ll both be as tough as usual. Stiff upper lip and all that.

idle
View all posts by paridevita →
This entry was posted in Uncategorized and tagged Iris lycotis. Bookmark the permalink.

13 Responses to why a duck?