Greetings and salutations, everyone; yes, once again it is I, Chess the purebred border collie, filling in for the guy I live with, and here to bring you the latest news from our garden. You may remember me from such posts as “No Pizza For Me” and “Something From Nothing”, among so many, many others.

Here I am in a characteristically ultra-pathetic pose.

I really know how to pour it on, don’t I? Well, I’ve been under the weather, with a bacterial infection. I’ve had this before, since I live with a lot of wildlife, in the garden and on my walks. The guy I live with, of course, loathes having anything untoward happening to me, and he raced off to the Bad Place and got me an antibiotic and I’m feeling much better, thank you.

Though, I’m not hugely fond of the weather we’ve been having. This is what it looked like outside, at about 11 this morning. 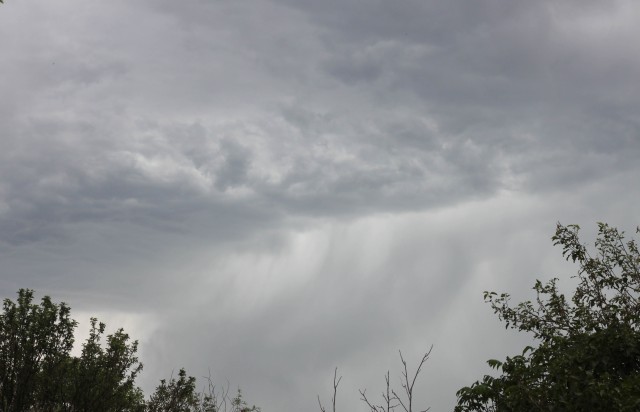 We do have some healthy-looking plants here, believe it or not. This is Ornithogalum magnum. These were ordered “by mistake”, and usually they’re taller, but this is how they look this year. They don’t spread by seed, much.

And Penstemon centranthifolius. This was grown from seed collected somewhere in Southern California and was said not to be hardy, but the guy I live with tried it anyway, and it’s been here for almost twenty years.

It’s not an incredible picture, but you can see how the plant evolved so that only hummingbirds can visit it, because there’s no landing platform on the flower. We use these plants as backups in case someone has forgotten to replenish the hummingbird feeder, which happens. 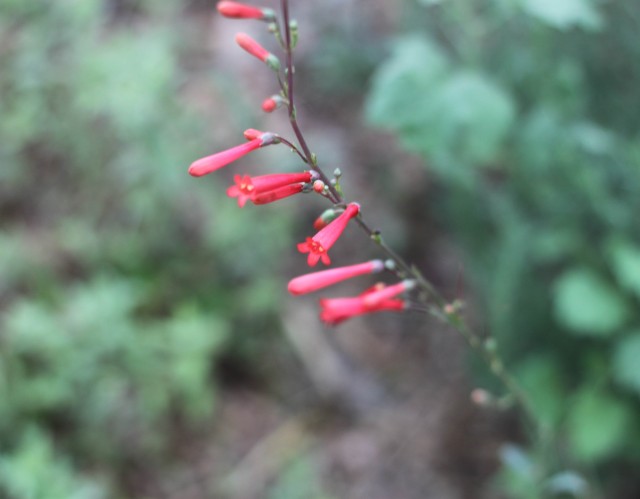 And the hybrid echinocereus. We don’t know what they’re hybrids of, except that they’re echinocereus, and the flower really is this color. There are some others here, some with deep purple and red tints, and so forth. 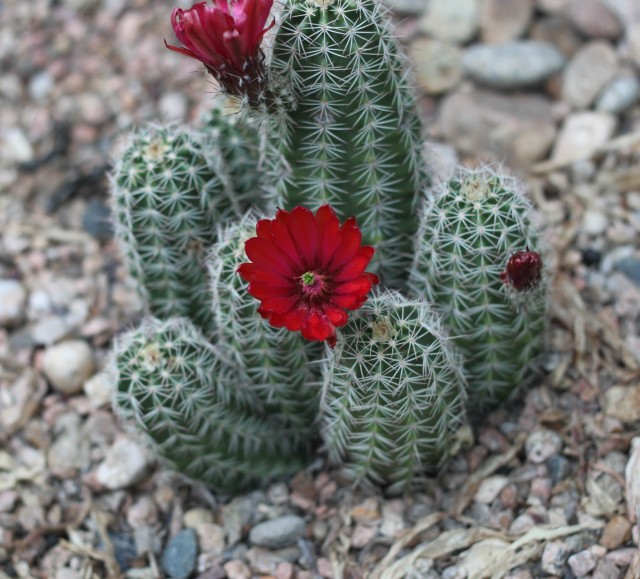 Despite all the stormy weather, it did actually rain here. I think on Sunday night, though like the guy I live with, I don’t really keep track of what day it is (which is why the trash didn’t get picked up today), and after it rained, the plumeria grew a new leaf.

The plumeria has been sitting in the living room for ages. It was here when I showed up. And it’s done next to nothing, so the guy I live with had this idea of putting it out in the rain, and it responded.

And, let’s see, what else? Oh, I have some really short mouse movies. Not movies about really short mice; they’re really short movies. I should phrase things better. The guy I live with tried to get pictures of the mice boxing, but he didn’t have the camera pointed in the right place when it happened.

And then we have the baby robins. The guy I live with didn’t want to scare them too much, so this is the best picture he got. You can see they’re getting bigger. Must be all the worms they get. I’m glad I don’t have to eat worms. 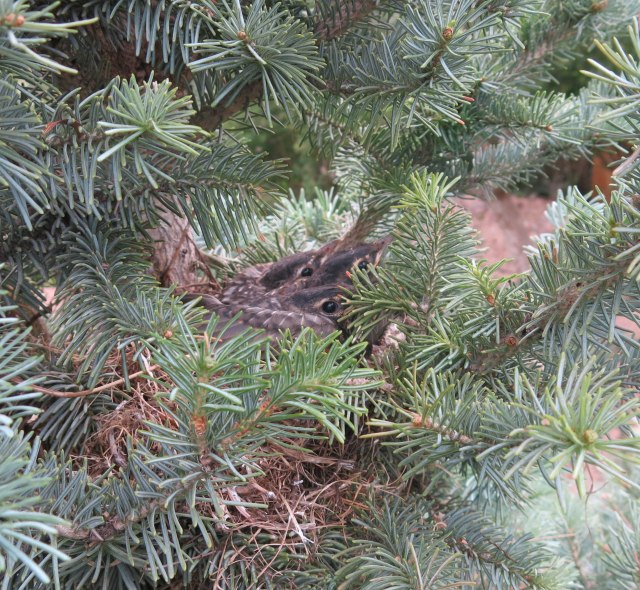 Well, that’s it for today. I’m feeling a whole bunch better, as I guess I said, and the guy I live with got a pill reminder box so he actually remembers giving me my pills instead of freaking out about short-term memory loss, and it’s raining a little, and there’s loud cheeping outside.