Greetings and salutations, everyone; yes, once again it is I, Chess the purebred border collie, filling in for the guy I live with, and here to bring you the latest news from our garden. You may remember me from such posts as “More Sawing And Drilling” and “Fixing Things”, among so many, many others.

Here I am in a characteristically long-suffering, weather-related post. It thundered for about five straight hours today.

The morning was nice, and my walk was excellent, but then around eleven or so in the morning it started to thunder, and only stopped at about 4:30. This is what the sky looked like a little after noon today. 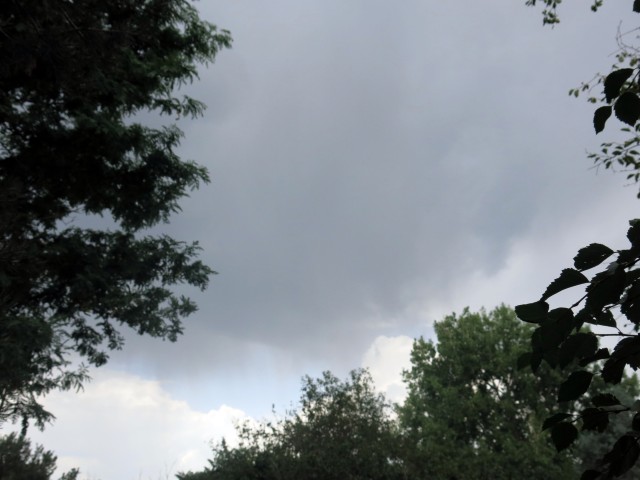 Eventually, it cleared up.

In order to explain the title of today’s post, I should probably back up to yesterday, right before bedtime. The guy I live with had gone downstairs to turn off the lights in the laundry room, and heard chewing noises in the wall. He looked in the direction of the noises, and lo and behold, there was a tiny pink nose poking out from under the baseboard. The guy I live with went to get his camera, because of course a picture of that would have been pretty good, but the nose disappeared.

We’re both really tired of mice coming into the house, and especially chewing holes in the baseboard downstairs, and the guy I live with said he was going to have to “think like a mouse”, in order to figure out how the mice were getting into the downstairs bedroom, once and for all.

It took a lot of thinking.

He finally decided to tear away the drywall in the closet, which is where most of the holes were chewed

and this is what he found. See that glimmer there? The light is on in the crawl space, and there’s a hole there. And, uh, you can see where tiny gross mouse bodies have rubbed against the Romex, too.

That’s the sill of the foundation, right below the piece of wood projecting down. Mice would come in through the hole (now plugged with steel wool, before it gets caulked), walk along the sill, and then grab hold of the styrofoam insulation on the left

and scurry right down. See where the tunnel, or channel, or raceway, or miceway, turns to the left at the bottom?

Well, I guess that’s settled, at least for now …….

So anyway, some serious gardening did take place today. The guy I live with had to go to the post office to pick up a box, registered mail, because he was at Whole Foods yesterday, when the mail came. This was in the box. 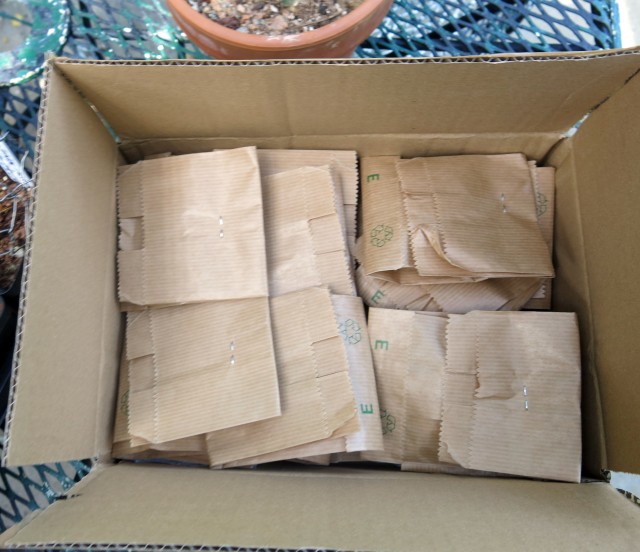 And not only that, he got a bunch of cyclamen from Edgewood Gardens today, too. They’re all planted now. The guy I live with says the earlier they get planted, the less chance of frost heaving.

He says you plant them like this. Then after they’re watered, maybe just a little bit of soil or mulch or “faux mulch” (just stuff lying around) could be scattered over the top of the tuber. 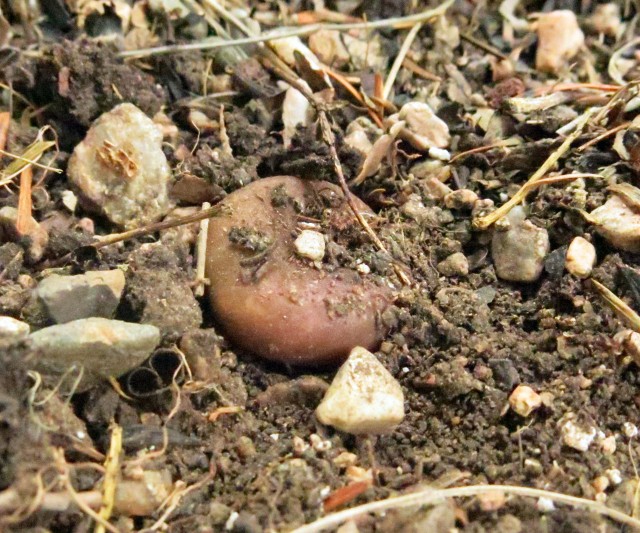 This is an older one, that’s been here for a couple of years, at least. Those are flower stalks on top. 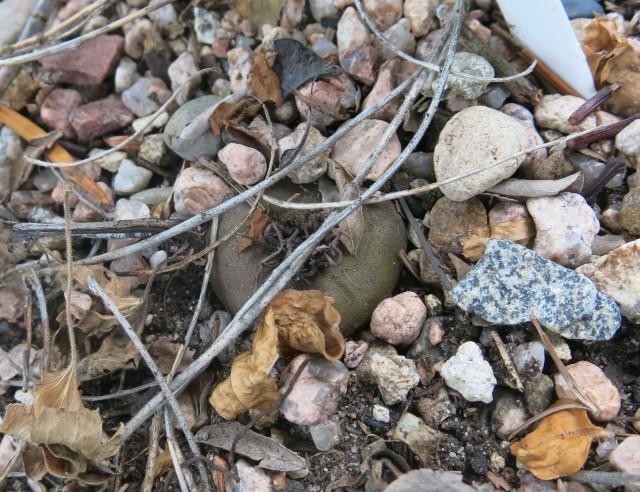 The kind of soil doesn’t matter.

It does help, sometimes, to put a cage around the newly-planted tubers, just in case a Certain Party decided to dig them up. (Just because he’s a jerk.) 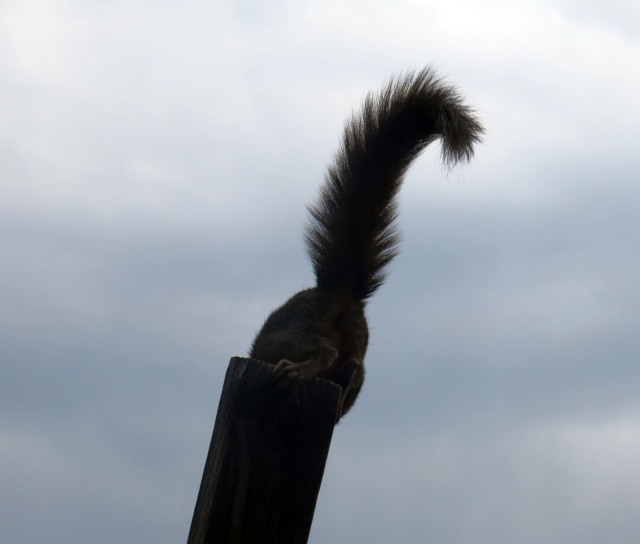 Cyclamen can take dry summers, and seem to be very happy here. We have a lot of ants to help propagate the cyclamen. Cyclamen purpurascens was already blooming when he was out there, planting.

That’s pretty much it for today. The guy I live with got a bunch of bulbs, well, really, corms and tubers, and also thinks he’s smarter than a mouse, so it was a good day for him.

The sun finally came out again, and the day became a good one for me, too.

idle
View all posts by paridevita →
This entry was posted in Uncategorized and tagged Cyclamen purpurascens, Edgewood Gardens, Janis Ruksans. Bookmark the permalink.

12 Responses to this old mouse