Greetings and salutations, everyone; yes, once again it is I, Mani the getting-bigger-every-day purebred border collie, filling in for the guy I live with, and here to bring you the latest news from our garden. You may remember me from such posts as “Why Birds Are Thirsty” among at least a few others.

Here I am in a rather cautious, yet sophisticated, pose. I don’t know why my ears were way back, but they were. 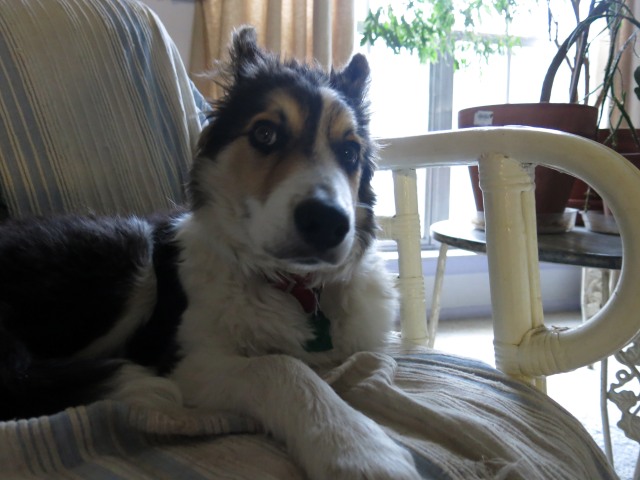 I was left at home today, for much longer than the guy I live with said I would be left, but he said the checkout line was long, and so I guess that was okay. He went to the Mother’s Day plant sale at Denver Botanic Gardens. This is the first year he didn’t volunteer in a very, very long time. He has sciatica, he says, and besides, I have to have my lunch at a certain time, you know.

He got some plants. He didn’t get nearly as many as in last years because, as he tells it, he was much too gentlemanly to wrest a shopping cart away from old ladies who had found one at the front entrance, but he did rent a much smaller cart, so that he could carry the cardboard box he brought for plants, because it was raining, and “You know what happens to cardboard in the rain”. I don’t, but I wondered why he didn’t take one of the wooden flats that are here, since he said he would do that last night. He also said he might buy a Flexible Flyer wagon, but the sight of a guy in his sixties with sciatica, shuffling along with a little red wagon, might create the wrong impression, and so he didn’t get the Flyer, but he might get one next year, and not care what people think, because sciatica does go away eventually, and, he says anyway, so does caring about what other people think.

not very many plants

Then he came home. That was probably the best part. I had my lunch, and it was good, as usual. I sang my lunch song and did my lunch dance before I was served, and the guy I live with thought that was cute. I am fairly cute. It gets me out of a lot of trouble.

Then it started to thunder. The guy I live with said it sounded like it was coming from South Park, which is a real place (and a TV show), over the mountains to the southwest of here, and not too much later after that it started to rain here. A lot.

It rained for a little bit, and then the sun came out. We haven’t seen the sun much in the last week, but this is what it looked like. 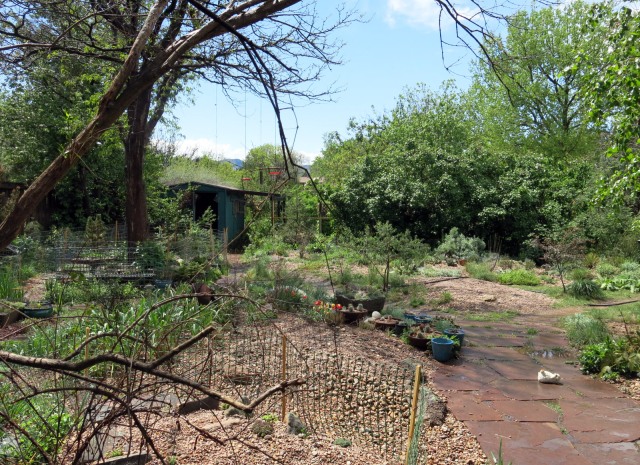 I did some other things after that. There was a squirrel in the pine tree, for example.

Even though the day isn’t done, and there’s plenty of stuff for me to do and get yelled at for doing it, I’ll let you go now, with a picture of me in the chair, about to take a nap. Naps are excellent. 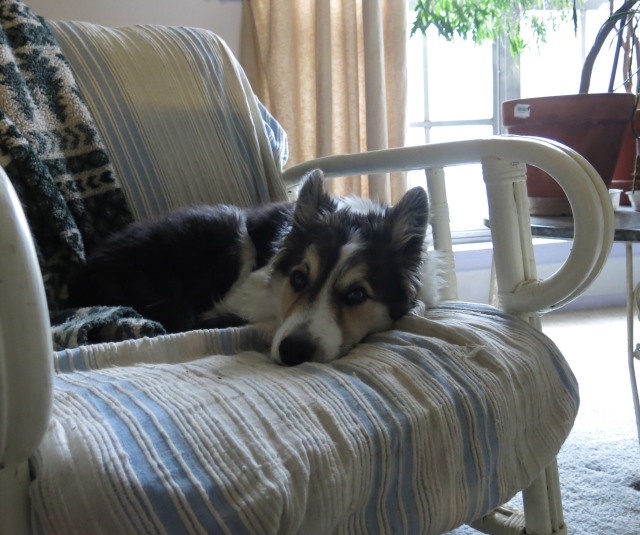 idle
View all posts by paridevita →
This entry was posted in Uncategorized and tagged Denver Botanic Gardens. Bookmark the permalink.

16 Responses to another rain movie