Greetings and salutations, everyone; yes, once again it is I, Mani the purebred border collie, filling in for the guy I live with, and here to bring you up to date on the latest news from our garden. You may remember me from such posts as “Much Less Roasting”, among so many, many others. 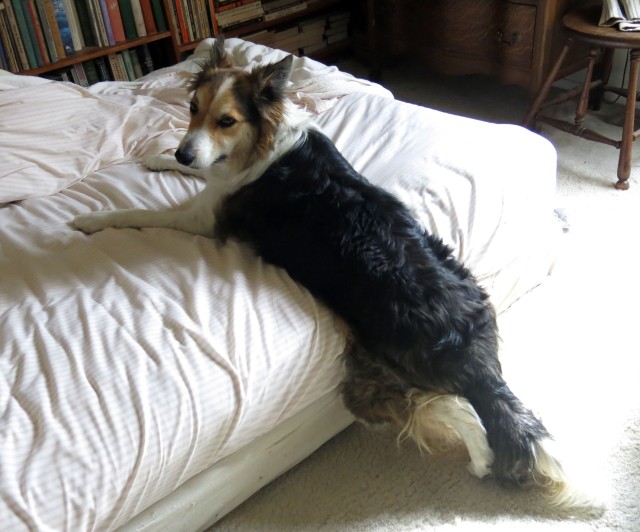 The guy I live with said my hind feet weren’t positioned properly, so I adjusted them. 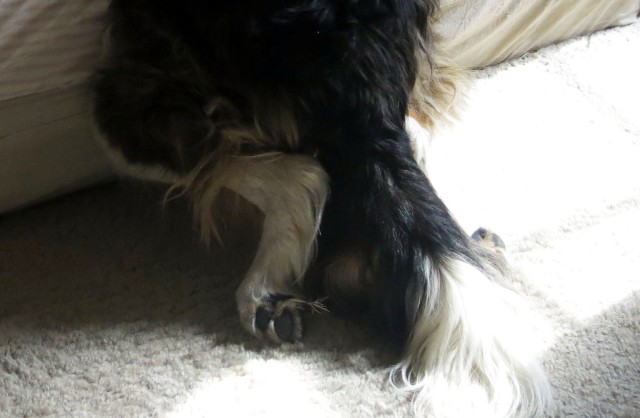 I may have talked about this bed before. It’s just a mattress on top of box springs, and is fairly ancient. (There is another bed downstairs.) The reason why the guy I live with hasn’t purchased a new bed is because, as he says, it’s much easier for aging purebred border collies to climb onto. Much younger purebred border collies like to lie on it like I’m showing.

The pictures above were taken a couple of days ago. It rained for a few minutes, that day. Not enough to do much of anything for the garden, but it cooled off nicely afterward.

You can see that the garden looks pretty dry. These are pictures of the usual places that get taken pictures of.

There’s a temporary fence around the sagebrush because I kept getting in there, looking for snakes.

The squirrel has been tearing apart pine cones and strewing the remains all over the patio. This is me patrolling for squirrels. Some of the chewed-up pine cones were swept up before this picture was taken. They were used as mulch. 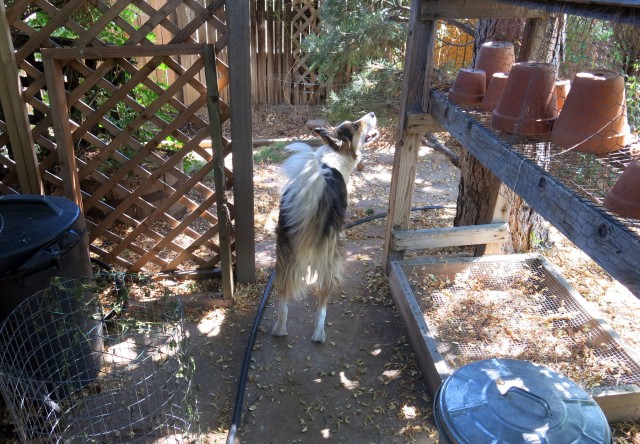 The guy I live with repotted some plants which he had purchased in small pots. He says they need to be repotted, because if he planted these out into the garden, with their tiny root balls, they would die within a week. 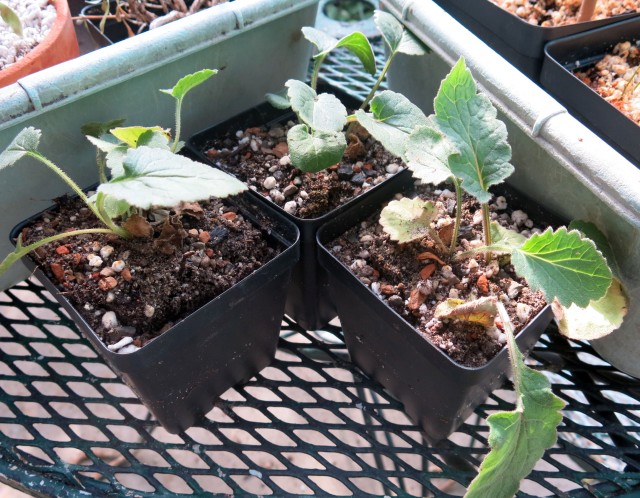 Yesterday was the guy I live with’s birthday. He and his friend went to the Lavender Festival at Chatfield, part of Denver Botanic Gardens. I slept in my fort.

Since I was so refreshed, I decided to do some patrolling late at night. I ran outside and started racing around the garden. The guy I live with jumped out of his chair, with a start, the way he always does, and started yelling at me to come inside. I admit I kind of ignored him, but eventually I did come in. I got a lecture when I came into the kitchen. The guy I live with was really angry with me for not coming in right away.

I still wanted to go outside, and didn’t know why I couldn’t. There was something out in the garden which I had never seen before.

It wasn’t a cat, and it wasn’t a squirrel. It was striped, black and white, and had a fluffy tail. There was sort of a funny smell around it.

The guy I live with said I smelled just like that smell. So of course I got onto the bed to think about that for a while. He said it could have been much, much worse, and told me stories of Slipper and Chess, the purebred border collies who lived here before me, who met creatures like the one I described. I could tell by the way he talked about it, a bit loudly to my mind, that he thought the things that could have happened were really bad, but to me they just sounded interesting.

The guy I live with said he had no idea how this striped creature got into the back yard. He said he would look around. 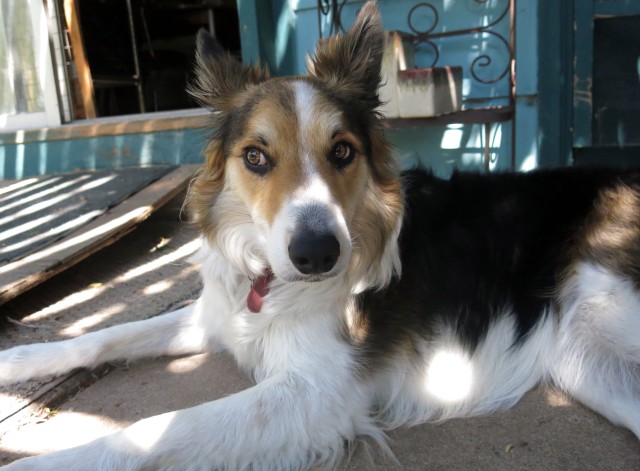 10 Responses to some unscented evening