Greetings and salutations, everyone; yes, once again it is I, your popular host, Mani the purebred border collie, here today with some possibly spring-like thoughts. You may remember me from such seasonal posts as “The Terrors Of Spring”, and “Much More Springy”, among so many, many others.

A couple of not-so-great things have happened recently; one was that we had a blizzard last week and so I didn’t get to go to Day Care and there was no radiation for the guy I live with, which means an extra day at the end, for him.

And after Day Care the other day, the veterinary technician took the guy I live with aside and said that I had been a bit too aggressive, herding the little puppies around, and that I had probably outgrown Day Care, so I won’t be going any more. It is Puppy Day Care, after all, and I’m no longer a puppy, as maybe you’ve noticed.

The guy I live with has told me many times that going to Day Care was kind of making up for me not having someone else in the house to cuddle me, but he also said that he and Chess, the purebred border collie who lived here before me, had a very good life together, even when Chess got sick, and so he saw no reason why we couldn’t have the same thing too, just without Day Care.

So that’s an abrupt change. I suppose we’ll deal with it like all the other changes have been dealt with here.
Anyway at least I’m not the one who has to go to their sixth appointment with a tax person. The guy I live with said there would probably be a couple more after that. He hasn’t said anything about it being fun.

Also, even though there’s still a little bit of snow on the ground, things have been happening in the garden. Some of these pictures are strangely focused. 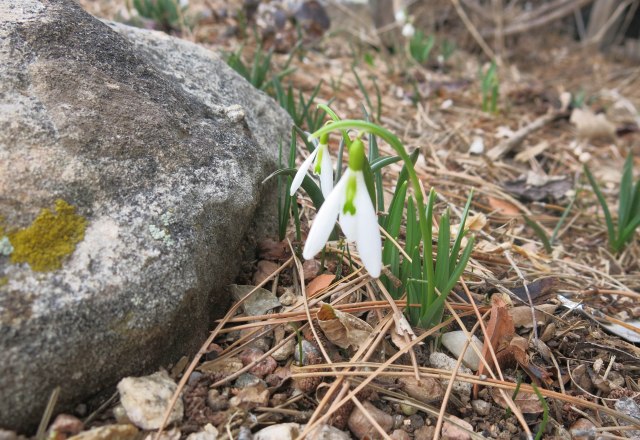 The little mugo pine, ‘Carsten’s Wintergold’ (or maybe just ‘Carstens’), is still golden, so it’s not like totally Spring here.

Today it got cloudy and dark for a while, and I thought some geese were going to land in my yard.

But they changed their minds and flew off to the south. 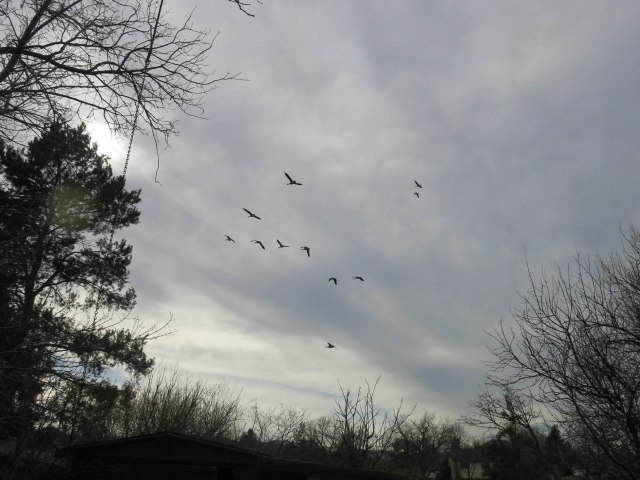 Then I went on my evening walk. I spent a lot of time hunting for voles. I didn’t find any, but it was fun to look, like it always is.

First I went into the creek bed to look. It was pretty sandy there, as you can see.  Those paw prints are not all mine, by the way. They weren’t made by dogs, either. 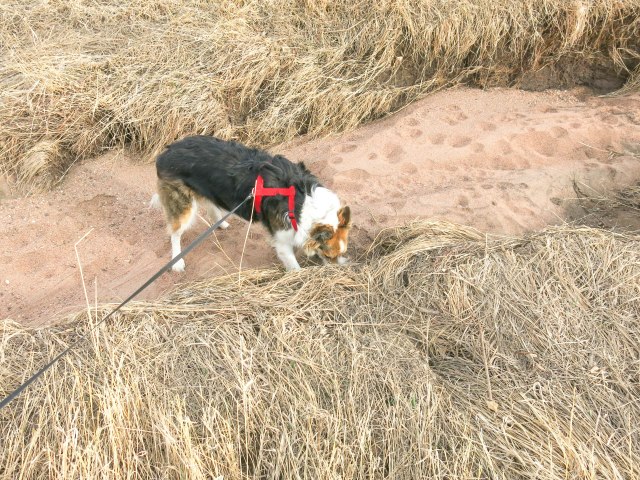 Then I decided to hop back up into the grass. There were lots of tunnel entrances close to the creek bank. 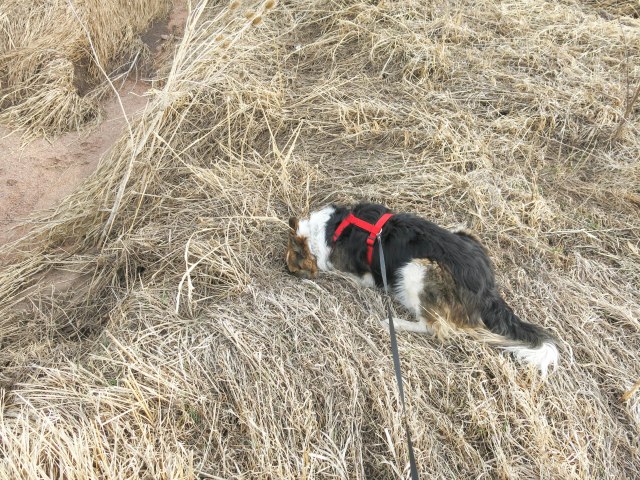 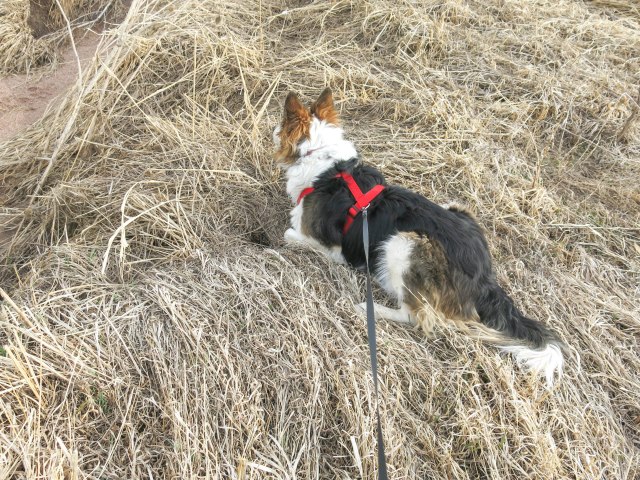 So that’s the news from here. Not a whole lot, I know. 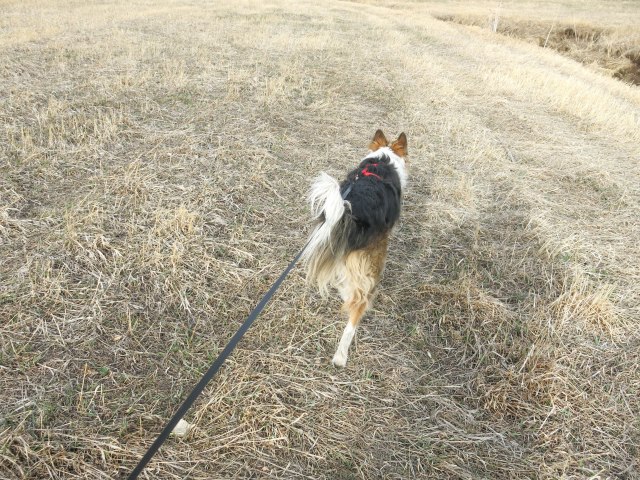