Greetings and salutations, everyone; yes, once again it is I, your popular host, Mani the purebred border collie, here today to talk about the peculiar and stressful things that have been going on here. You may remember me from such posts as “The Endless Winter”, among so many, many others. 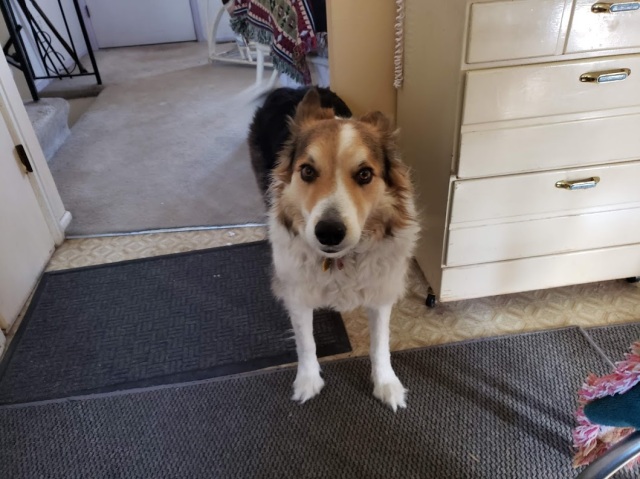 As maybe you can tell by the title of my post, it’s been snowing. Every other day now. Snow, then more snow, then more snow. Below normal temperatures almost every day.
The guy I live with is pretty depressed about this; he would rather be gardening than slipping around on the ice and stuff. 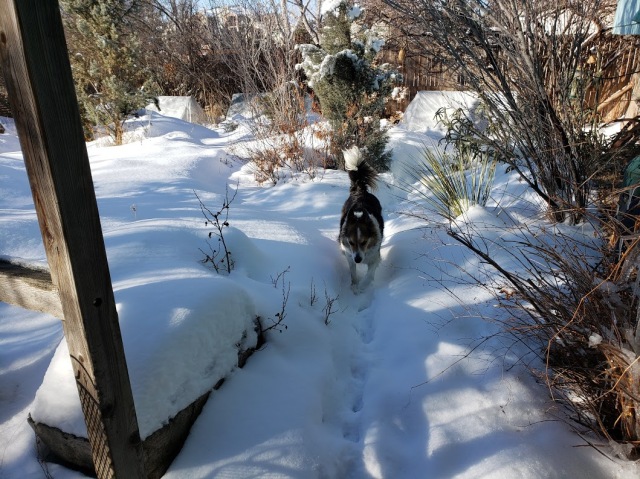 In the next picture you can see one of the frames; this has snowdrops in it, and we looked at them today. 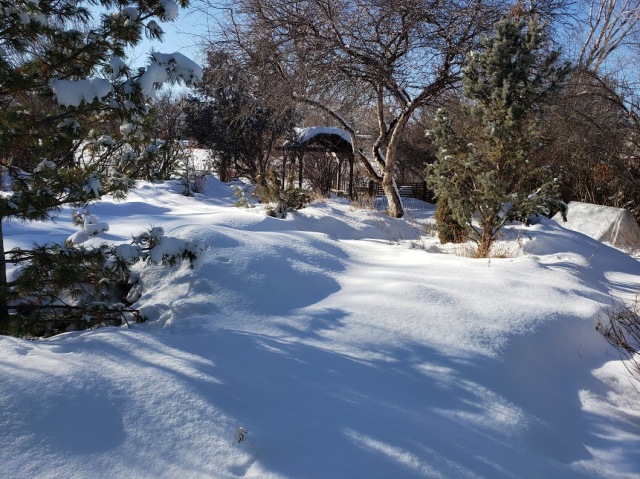 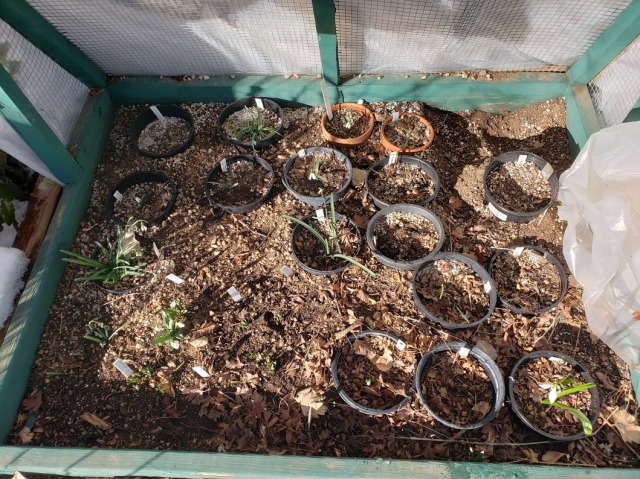 I think this one is ‘Little Ben’. 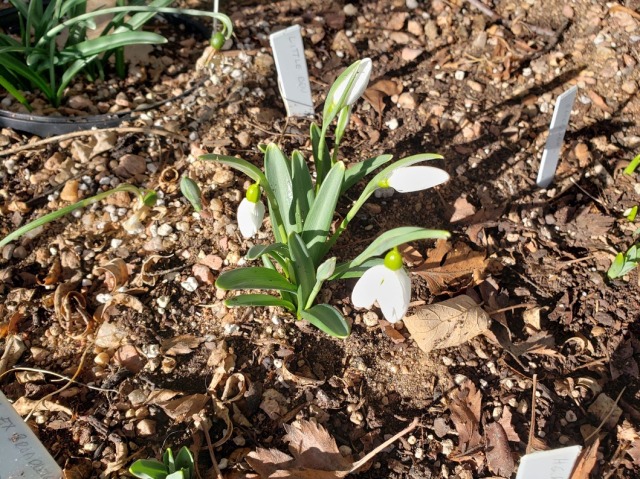 This is Galanthus fosteri. It’s been flowering for a while, now. 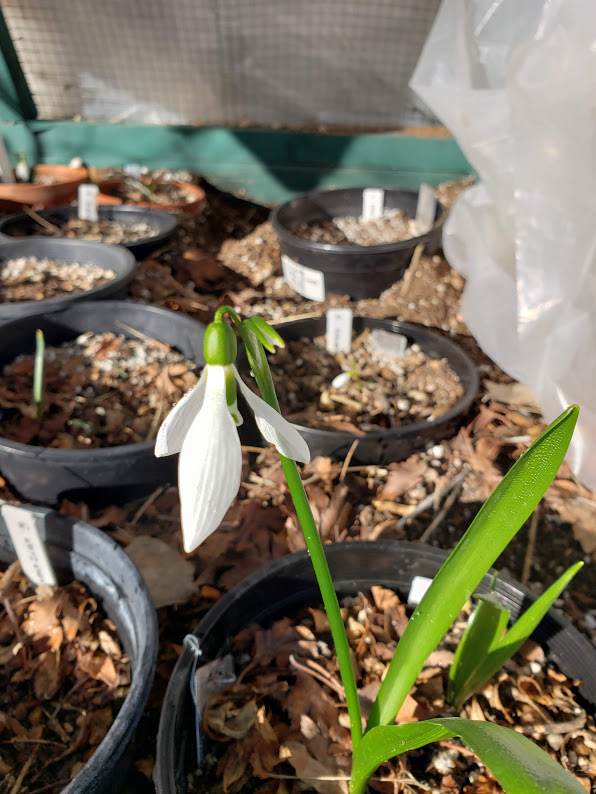 So at least we have these to look at.

Despite the fact that the guy I live with would really prefer to avoid major things, something extra major is going on here.
The sewer drain needs to be replaced. It’s going to be done next Tuesday. The guy I live with said it would cost a lot of money, but he’s been worrying about it for several years now. In fact, every time he goes down into the laundry room he looks at the drain grate there, to see if there’s water overflowing.
That did happen last week, and so a couple of guys came out and “snaked” the line. I watched. Then the next day someone came out and ran a camera through the line. That was pretty interesting.

So a thing called a backhoe is going to drive into the front yard and dig a hole. Of course there are plants in the way.
The guy I live with worked out in the cold and snow and dug up a few of them. They’re in pots in the garage. He also asked an oak expert if the little oaks could be dug up. Yes, they could, so he dug up the one that would have been flattened, for sure.
He dug up a bunch of big cactus, too. They can sit outside in pots. 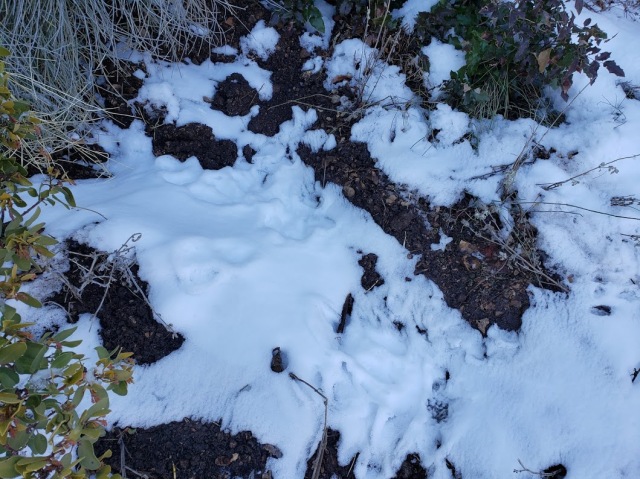 The manzanita (Arctostaphylos patula) in the lower left can’t be dug up and will be lost. The guy I live with said that that was the way things go.

The “snake” did remove enough roots in the pipe that our plumbing is still usable. The guy I live with did a small load of laundry today and nothing untoward happened.
He said he never took being able to run a washing machine for granted. Well, maybe just a little.
He told me a story of a time in March, back when days in March were nice (they’re predicting below normal temperatures for this March), out in the garden, and he told his wife that maybe he was taking her for granted. She looked at him and he realized right then and there that he never took her for granted. She died two months later.
He said he learned a lesson.

It would be nice if it stopped snowing, for a while, but it’s supposed to snow tomorrow, and Sunday, and Monday, and Tuesday. Highly unusual for this time of year, but the guy I live with said that things were unusual, these days.

Anyway, I get to look for mice and voles, out in the snow, on my walks. I never find any. 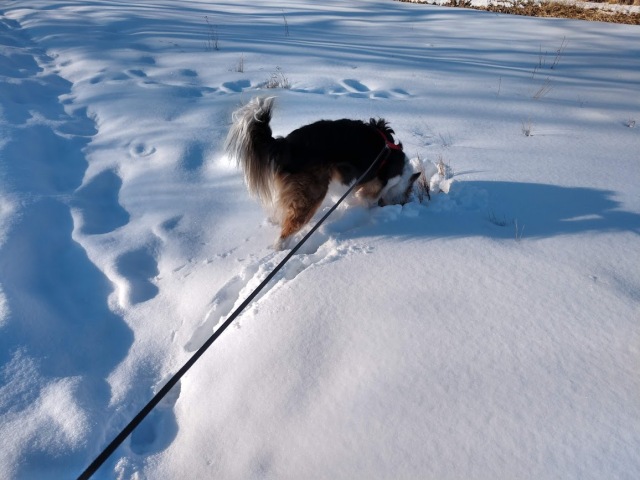 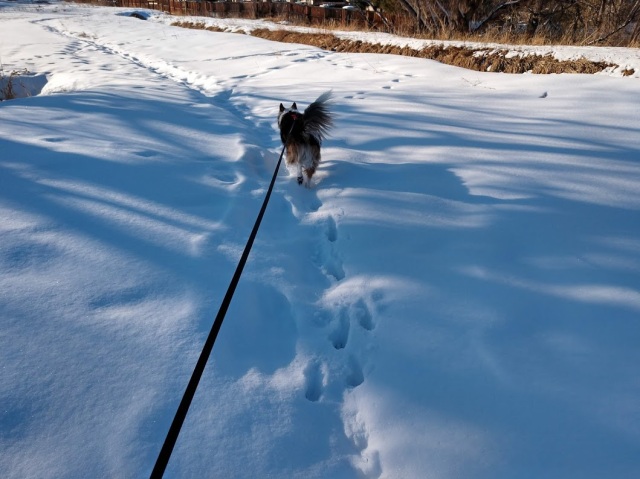 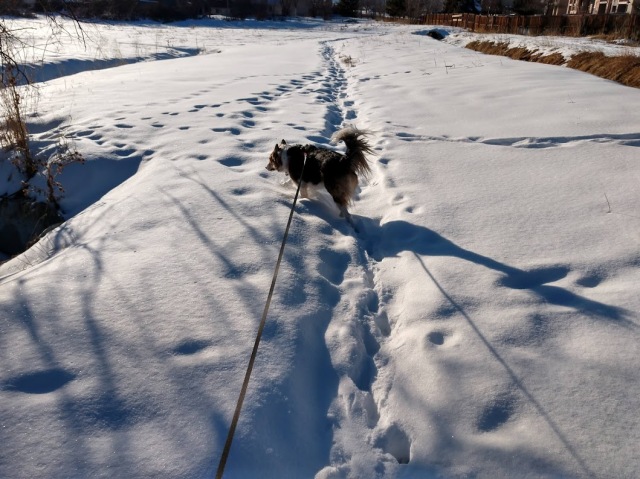 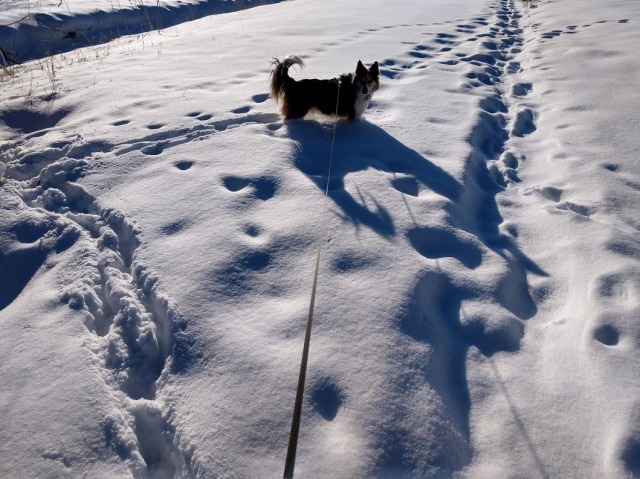