Greetings and salutations, everyone; yes, once again it is I, your popular host, Mani the purebred border collie, here today to tell you all about our upcoming awful weather, and post some nice pictures, too. You may remember me from such posts as “Not Spring” among so many, many others.

Here I am in a characteristic pose. A bit slanted, like last time.

The guy I live with just snapped my picture with his phone. Sometimes the phone takes good pictures, sometimes it doesn’t. That’s true of the other cameras here, too.
Like for instance, these pictures of hens-and-chicks:

Those were taken with a 90mm macro lens, which cost more than the point-and-shoot camera that took these pictures:

There’s probably a moral there somewhere. Maybe not. He likes taking pictures of hens and chicks. There are a lot of them here.

Well anyway, here’s the scoop on the weather.
Today, right now at almost 7 p.m., it’s 64 degrees Fahrenheit (18C) with eleven percent humidity. Sunny and dry.
By tonight it will be snowing, with a low tomorrow night of 16 degrees Fahrenheit (-8.8C), with about ten inches of snow predicted, and then snow all week long.
You can possibly imagine what the guy I live with thinks about all of this.

But whatever. This has been a pretty stressful week here, as it no doubt has for a lot of people. It was pretty unsettling not to have a car in the garage, which the guy I live with admitted was a first-world problem, but he was so used to having the car (which he bought for his wife) sitting in the garage, ready to take us wherever we needed to go, if we needed to go somewhere. It wasn’t so much not being able to go anywhere, though that was something, but the missing car was like a gap in the continuity which is so important here.

The guy I live with has been having food delivered, but just this evening he discovered he could have food delivered from the Indian restaurant he and his wife went to all the time. He was so happy he cried a little.

The guy I live with also cut his own hair. It looks pretty good, actually

Now I have some more pictures. 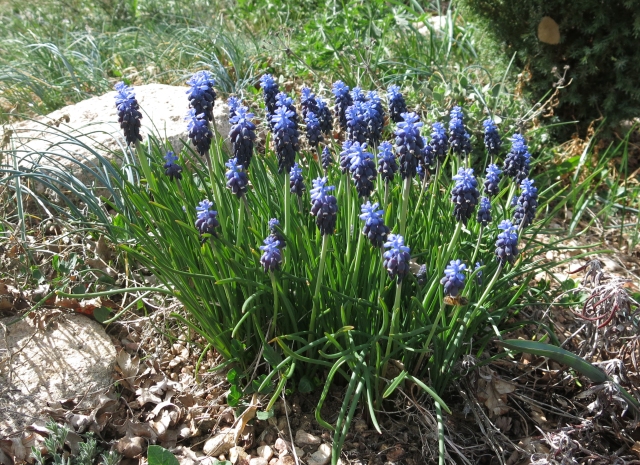 This is a named form of Iris bucharica, but the label has been lost. Probably broken by hail. 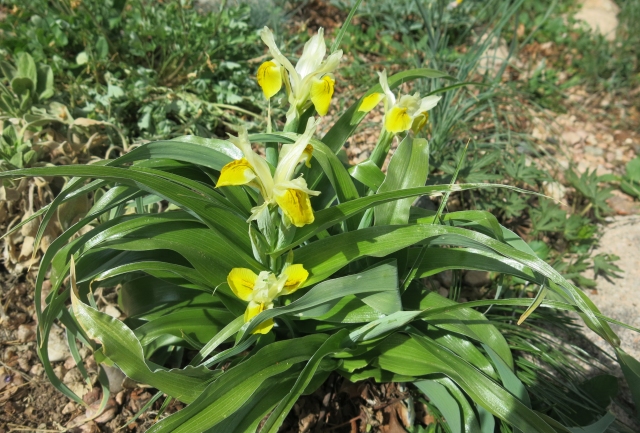 A pulsatilla, with Scilla melaina (possibly) in front of it.

The native bluebell, Mertensia lanceolata, which is common along the foothills here.

Here are some forms of Corydalis solida. The guy I live with really struggled to get decent pictures of these. I’m not sure why he had that problem. 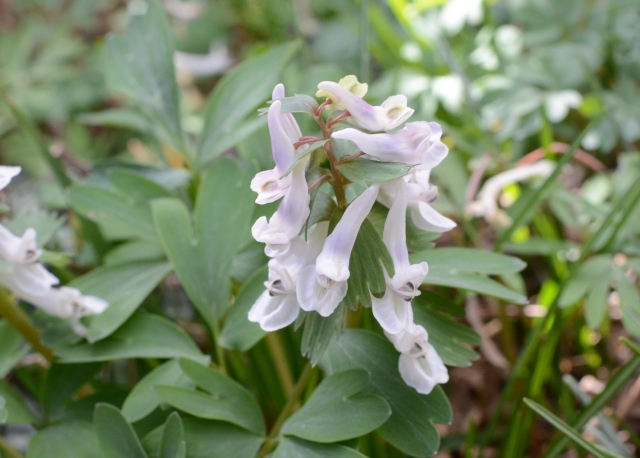 Last year there was this red corydalis seedling way out past where all the other corydalis are, which was kind of interesting, so today the guy I live with took a picture of it, and it wasn’t until the picture got posted here that he noticed the purple one next to it.
Pretty cool, huh?

Well, that’s all. I guess we’ll be buried in snow for the next week.
I’ll leave you with a picture of me looking at a cat in a neighbor’s yard. That was pretty exciting.

40 Responses to winter in spring