and so it snowed

Greetings and salutations, everyone; yes, once again it is I, your popular host, Mani the purebred border collie, here today to tell you about the snow, and other stuff. You may remember me from such posts as “Colchicum Time”, among so many, many others.

Here I am in a characteristic pose. I’m helping in the garden, as you can see.

The guy I live with actually did some work in the garden today. It was a beautiful day, and he said why not, and so we did.
He’s been working on emptying out some of the troughs that are around the base of the honey locust. The tree needs to be cut down, but the troughs have to be moved first.
Most of the plants that were growing in the troughs died this summer. They needed almost daily watering and didn’t get anything like that.
Seeing all the dead plants made him kind of sad but they were holdovers from the time when there were two people working in the garden, and so he said “Whatever”, and scooped out the soil from a few of the troughs, so they could be moved. They’re really heavy. Heavier with the soil in them, too.

The owls have moved; we’re not sure where they went.  They must not have liked the snow. They were sitting on top of fences  near the end of the path. We got some pictures before they moved. 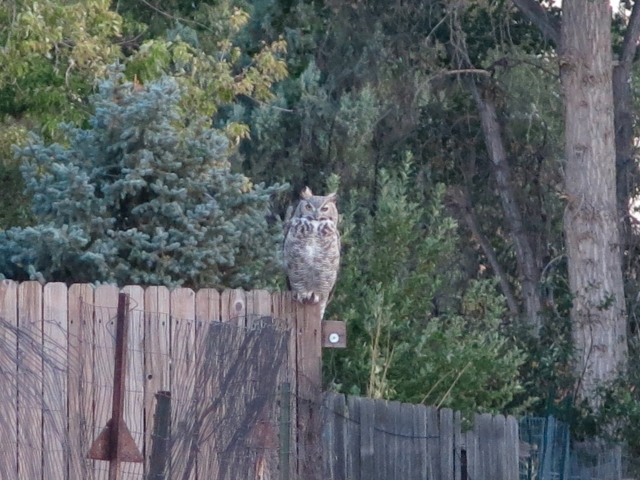 You can see both of them in the next picture. The other one is sitting on the next fence over. 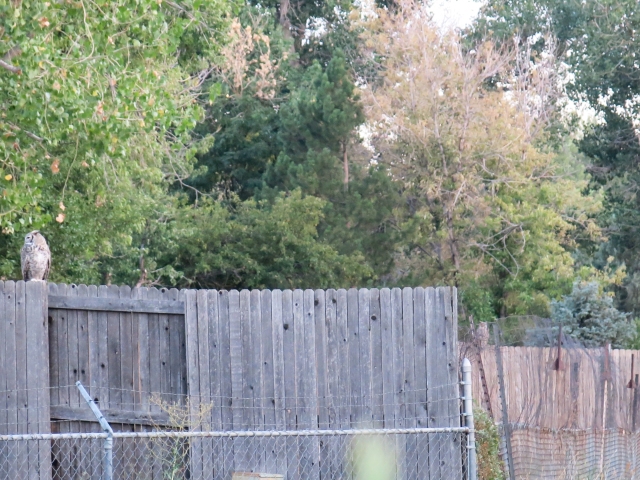 And, like I think it was on the news everywhere, it snowed here, last Tuesday. Here’s a picture of it, also at the end of the path (just to the right of where the fences are in the pictures above). 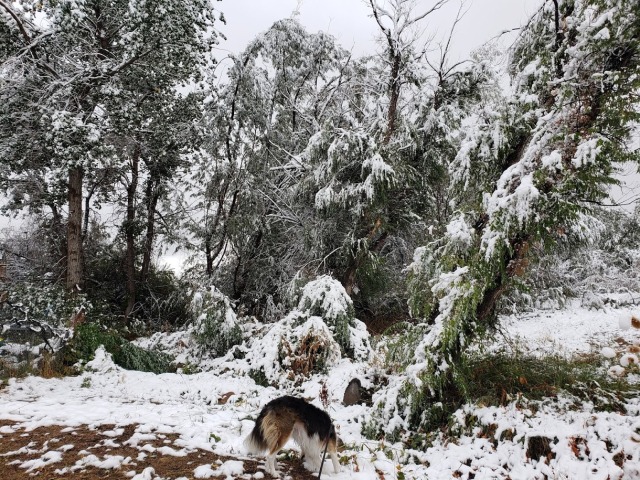 It snowed, and then it melted. It didn’t even freeze.
There was still snow in the foothills a day later.

It was mostly rain, believe it or not, in the form of drizzle, all Monday night and into Tuesday, and then it changed to snow.
The guy I live with left the tomato plants outside, because they’d only produced two tomatoes, which a squirrel ate, so it didn’t matter, but the plants weren’t harmed.

The first colchicums are up now, after the rain and snow. This is ‘Innocence’, which was just planted a week or so ago. There are other ‘Innocence’ which have been here for much longer, but the guy I live with wanted more, even though it’s kind of a dumb name.
Autumn-flowering bulbs especially seem to flower a bit earlier the first year they’re planted, by the way.  The older bulbs (really corms) aren’t quite this far advanced.

They came from Daffodils and More, if you wanted to know.

Oh, and then there are the hummingbirds. They’re starting to leave now, so we see a lot more of them. The guy I live with makes new sugar syrup for them every day, because we don’t have very many flowers they like. (That’s sort of a sad story in itself, but it has a lot to do with needing to water much, much more for hummingbird plants that would flower now.  Back in the old days there were a lot more red-flowered plants at this time of year, but there was also more watering done.)
There’s a hummingbird in this picture, at the feeder. 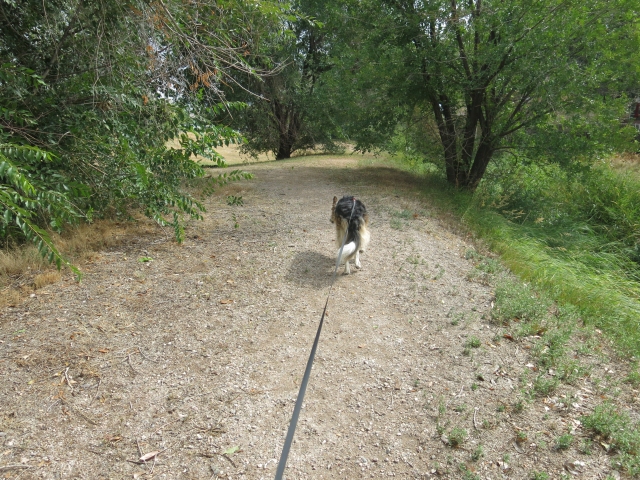 18 Responses to and so it snowed