Greetings and salutations, everyone, and Happy New Year; yes, once again it is I, your popular host, Mani the purebred border collie, here today just because I haven’t posted in a while. You may remember me from such posts as “The New Way”, among so many, many others.

Here I am in a characteristic pose. I was waiting to go on my walk, and the guy I live with was taking an awful lot of time getting ready. 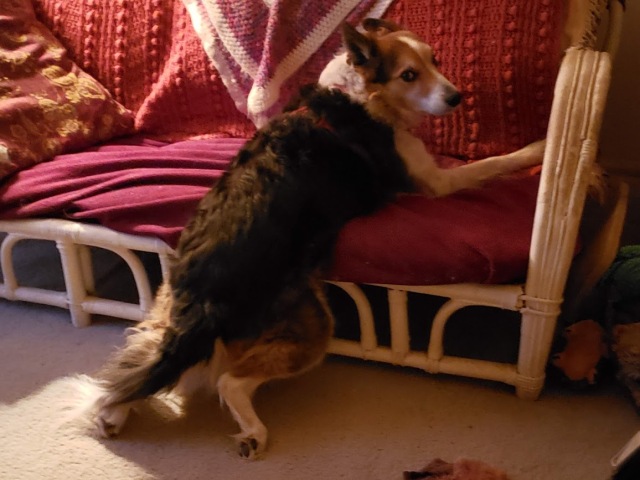 Hardly anything has been happening. I know I say that a lot, but it’s true. There’s a lot of doing nothing, though I do go on my walks. (Not so much late at night, because it’s either been too chilly or there were firecrackers.) 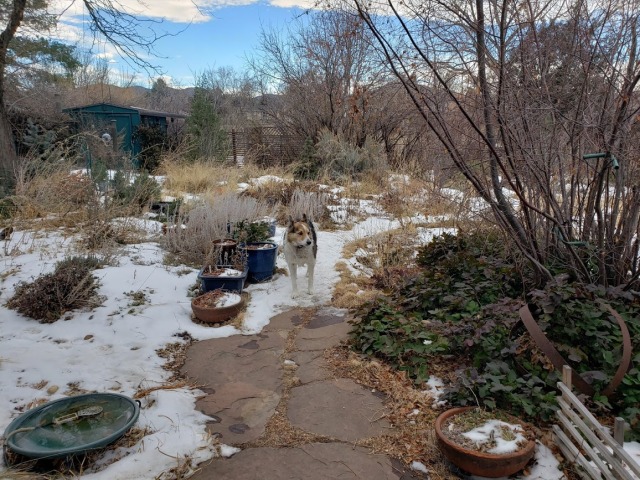 We see the owls, or at least one owl, every evening. 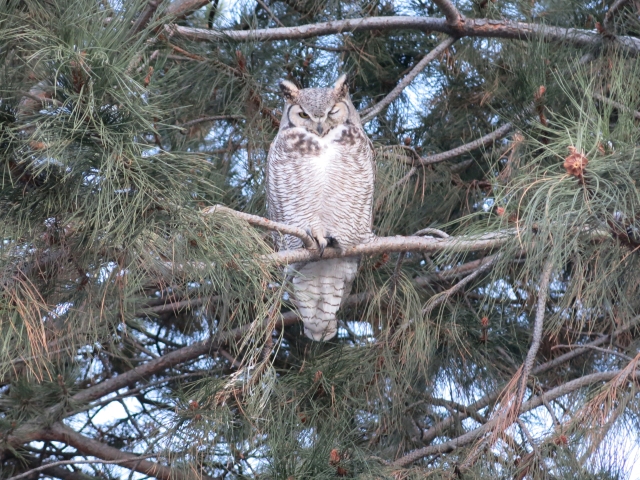 The owl sits on the same branch in the same tree every evening, except for one evening when it was chillier than usual, and there was a little wind. That time it was a bit higher in the tree.
Sometimes we see both of them, and sometimes they fly low over the field. It’s kind of spooky.

I guess the autumn-flowering snowdrops were an almost complete flop; only one species flowered. The others are up, but not doing much; I think because it was so dry in autumn, and then got cold too early.
There’s a lot to complain about where the weather is concerned.
But there are signs of life in the shade garden. 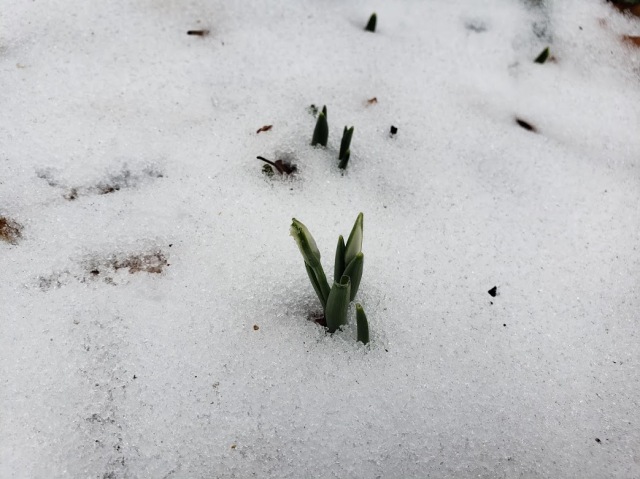 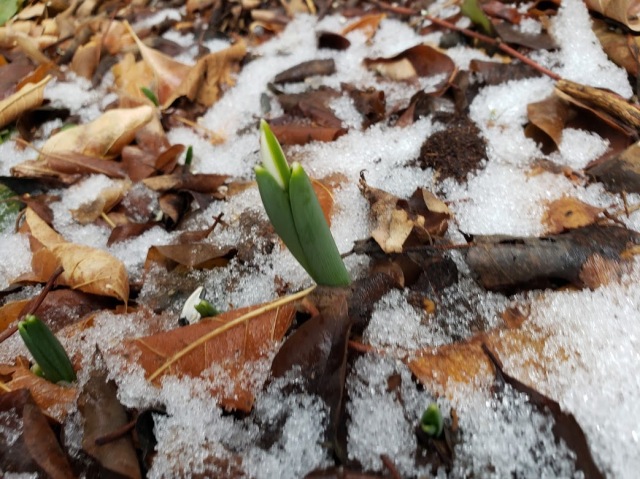 It’s funny that the soil has frozen in some parts of the garden, but not in the shade garden, where the sun never shines in the winter. The guy I live with has been trying to figure that out. There’s another shady spot, in the “way back”, on the north side of The Enclosure fence, but the soil is frozen there.
The guy I live with thinks that the soil in the “way back” wasn’t worked enough, like dug into, so that worms would aerate the soil. It’s kind of a mystery.
But the thing is, as he explained to me (I admit I sort of drifted off during this part), the autumn-flowering snowdrops were in the shade garden, and then they got moved into the frames; they probably would have done better in the shade garden. They’re going to be moved back there next summer.
Maybe there will be soil studies too. That should be exciting.

Well, anyway, that’s about it. Kind of a slow start to a new year. 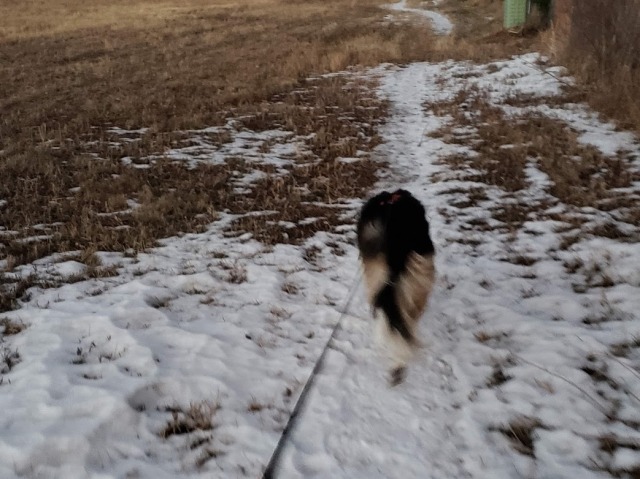 22 Responses to another new year